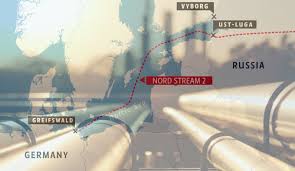 Among current commentaries on the U.S.-Germany Nord Stream 2 agreement, I observe that Europe lacks a deeper appreciation of the reasons behind Berlin’s unconditional support of Washington.

Poles have their own established perspective on the U.S. and its policy toward Europe after the Cold War — one that is less and less in touch with reality. Since 1989 they have tended to make the mistake of thinking that everything could be reduced to a competition between Warsaw and Berlin for U.S. attention in our part of Europe.

Yet, relations with America and Germany have a peculiar character resulting not only from pure geopolitics; in this case, historical and cultural contexts are also important. I think the French have a much better understanding of this deeper nature of U.S.-German relations, especially after they themselves experienced the political shock of Washington’s decision to reindustrialize and remilitarize West Germany in the 1950s.

Rebuilding West Germany after the war — and later, the approval of the unification of the country — were consistent with the line of U.S. policy that aimed to establish Germany as its main partner in Europe. It’s not Great Britain, which has now withdrawn from the continent. It’s not France, and it’s certainly not Central Europe. Americans still believe that today’s Germany is their most successful political and cultural post-war product for contributing to the stabilization of Europe.

There is something else. It’s enough to closely read Francis Fukuyama or Fareed Zakaria to see how much the U.S. liberal intellectual and political establishment cultivates a positive image of the modernization tradition of the Prussian state in European history: administration, rule of law, education, science and economy.

This image of Germany in the U.S. was greatly influenced by the emigration of German intellectuals and scientists who were fleeing Hitler from the [former] Weimar Republic. At the same time, they perpetuated the worst stereotypes of the Eastern European nations on the other side of the ocean. It’s against this backdrop that Germany turned out to be the best organized state in Europe.

Such an image of Germany is certainly not the only one in the U.S.; that held by Donald Trump is an example. However, it is extremely influential and one Poles should know and always remember.