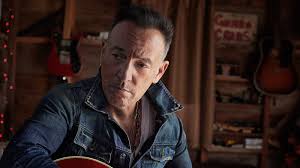 A few days ago, the Major League Baseball team in Cleveland announced its new name. Like the men’s sports teams at McGill University before they changed their name to the Redbirds, Cleveland’s team name was discriminatory and offensive. Diverse indigenous communities have been saying this for ages.

The actor Tom Hanks always chooses roles that make him the hero of the film and stays far away from controversy. It is thus not surprising that most people love him. It was a genius move to use him as the narrator of the social media feature that introduced the new name of the Cleveland baseball team. In two minutes, Hanks explains, idealistically and efficiently, that the time had come for the city and the team to move forward as one. He extended a hand to fans and asked them to begin this important cultural shift together.

Goodbye Indians. Ladies and gentlemen, say hello to the Cleveland Guardians! Team managers conducted 140 hours of interviews, examined more than 1,000 options and polled nearly 40,000 fans before arriving at this name. Despite everything, the new name is not unanimously liked. All you need to do is take a quick look at online comments to confirm that. The team owners certainly anticipated this discontent; in order to convey the message more smoothly, they bet on Hanks, a perfect messenger. The gamble on the Guardians won out. Like Donald Trump, dissatisfied people are noisy but a minority.

Where normally the show must go on even during times of great turmoil, the cancellation of Broadway shows in March 2020 crystallized the gravity of the pandemic. On June 26, “Springsteen on Broadway” the spectacle starring The Boss, was the first show to return to the stage and the perfect kick-off. Moreover, it was the symbol of a certain newly found normality and a sign that COVID-19 was under control.

But just as Bruce Springsteen’s return to the boards was announced, people grumbled. There were strict rules to get into the show. Only people who received the Pfizer, Moderna or Johnson & Johnson vaccines could be admitted, leaving those with the AstraZeneca vaccine outside. Those last people, at least the ones who are Springsteen fans, were furious and rightly so. I saw this show on Broadway. It’s an absolutely unique experience that is worth the splurge and necessary acrobatics needed to obtain tickets.

Throughout his career, Springsteen has always been an activist, for blue collar workers and war veterans; against apartheid and police brutality. A sure bet for the Democratic Party and a regular at their conventions, Springsteen is a bit like Hanks — almost everybody loves him, even the Republicans. A tour de force in these times of polarization.

So then how could Springsteen, the righter of wrongs, support such an unequal treatment of his fans? For many in Canada and the United Kingdom, where AstraZeneca was one of the approved vaccines, it was their first experience of being excluded.

A first setback based on discrimination and injustice. An entirely new type of frustration. One that stings because they respected the rules, and despite that, they were left on the sidelines because they were not part of the approved group. Indirectly, this serves as a lesson, for those among them who hadn’t yet understood, that the social unrest last year was against all of that.

In his song “Lost in The Flood” from the 1973 album “Greetings from Ashbury Park,” Springsteen evokes the brutal reality that people faced when they returned from Vietnam. It is a theme that he revisits 10 years later in “Born in the USA.” In this same album, in the song “My Hometown,” this storyteller par excellence paints an America atrophied by racial tension and economic failure. Then come the greats like “The Ghost of Tom Joad” in the 1990s on the fate of handicapped people, and “American Skin (41 Shots)” in the 2000s on the death of young Amadou Diallo, a man killed by New York police officers who were later acquitted of Diallo’s murder. Since the beginning of his career, each of Springsteen’s albums has been a virtual moral compass.

And now we have Springsteen in 2021, still keeping up with the times as its social conscience, but without the bias of a new song and perhaps despite himself.

“Springsteen on Broadway” is an intimate concert. It’s Bruce and 953 people, whom he speaks and sings to if they were sitting around a campfire. During a succession of classics in the two-hour plus concert, Springsteen cites a phrase from his autobiography, “Born To Run:” “People don’t come to rock shows to learn something. They come to be reminded of something they already know and feel deep down in their gut. That’s when the world is at its best, when we are at our best, when life feels fullest, one and one equals three.” Like his whole career, Springsteen is right. And that’s why there are so many people that love him.

About Peyton Reynolds 40 Articles
I am a recent graduate from the University of Nebraska-Lincoln and an aspiring French translator who enjoys endless amounts of black coffee, good books, and hiking.