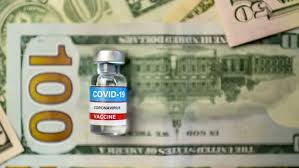 “Get your first dose of the #COVID19 vaccine at a City run site … and you’ll get $100.” International news displays the words of New York City Mayor Bill de Blasio. The question one asks is: Where?

We go from one extreme to the other or, as the political scientists and economists would say, “from north to south,” regarding abundance and scarcity.

There is resistance to the COVID-19 vaccine in the United States, but also in many other countries, because in addition to personal beliefs, social conditions add to the strong impact of social media, which spreads directly, without critical thought, to millions of people.

Reward or punishment. The incentives offered to draw citizens to vaccination centers have been appearing more frequently as the immunization curve has flattened, evidence now of greater risk posed by the more contagious delta variant.

In the Big Apple, someone vaccinated with their first dose enters a raffle for $10 million, or receives a hamburger. In other countries, like France, it’s’ a smack on the bottom for those who don’t visit vaccination centers, particularly youth. France closes doors and restricts going outside. Large corporations require that employees be immunized to resume their full duties. For health care workers, vaccination is mandatory or weekly tests are required to verify good health.

There is so much for some, so little for others.

But that is the reality even in the pandemic, with everyone at risk, because one case is sufficient to allow the virus to spread and infect. In addition to the seriousness of not knowing how or when the contagion first began, there is the added immense, almost infinite, inequality in treatment of the pandemic with incentives for some, punishment for others and anxious waiting for the third group, who receive relief in dribbles.

Proposals to reduce and eliminate this imbalance have not gone beyond good intentions and grandiose declarations to a higher level. We will have to fight with what is there — daydreams, as we have repeatedly pointed out — and forge better times from a terribly difficult present, particularly for children and young people caught up in the drama and ignored afterward.

The response to that future is complex but right now, it is urgent to vaccinate, vaccinate. “Much of the adult population has refused the vaccination, especially in the suburban and rural areas,” a health department official pointed out. And incentives for us? Life, even if it is at the level of surviving, and intense campaigns to avoid waiting in line at the hospitals in serious condition.