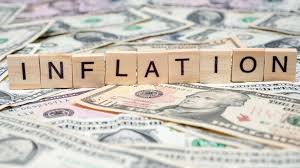 The U.S. economy is recovering strongly; however, a cause for concern has emerged. The April-June quarter was the fourth consecutive quarter of positive growth, but COVID-19 infection is spreading again, and prices continue to rise. The future is unclear, and caution is needed.

The preliminary U.S. real gross domestic product (GDP, seasonally adjusted) released on July 29 increased at an annual rate of 6.5% from the previous quarter. Consumption grew significantly due to large-scale measures against COVID-19 and expansion of vaccinations.

Federal Reserve Chairman Jerome Powell also indicated that the Fed will explore reducing quantitative easing due to a steady economic recovery on July 28. Many market participants believe that the reduction of quantitative easing will begin at the end of this year or early next year.

What is worrisome is the epidemic of the highly contagious COVID-19 delta variant. The daily number of infected people in the U.S. dropped below 10,000 in mid-to-late June, but has recently exceeded 80,000. Powell believes that vaccinations will reduce the impact on the economy, but the slow pace of vaccinations is worrisome.

If the number of infected people increases in the future, people could be restricted from going out, which would put a damper on consumption and production activities. The effects of the economic impact payment are also fading, and many believe that the growth rate in the July-September period will slow down significantly.

Persisting high prices are also a cause for concern. The personal consumption expenditure price index rose at an annual rate of 6% in the April-June period. The Fed has stressed that inflation is temporary, but there is growing concern that a decline in real purchasing power will lead to a reluctance to spend.

If the spread of COVID-19 continues to disrupt domestic and international supply chains, it could spur higher prices. Some believe that the delay in workers returning to work due to fear of infection will tighten the labor market, resulting in higher wages and a spillover effect on prices.

If the pace of economic recovery slows and inflation prolongs, the Fed will be forced to revise its accommodative monetary policy before the economy fully recovers.

In order to maintain price stability while sustaining the economic recovery, it is necessary to prevent infection thoroughly and steer economic and monetary policies carefully. Thorough measures paying close attention to domestic and overseas economic and market risks are called for.