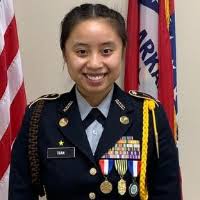 The failure in the Hindu Kush is often compared to the Vietnam War. However, today a completely different U.S. Army is deployed — one that now feels forgotten.

The chaotic withdrawal of the United States from Afghanistan and its cruel consequences for the people there cannot be excused. However, the debacle does not come as a surprise. President Joe Biden is carrying out what his predecessors, Donald Trump and Barack Obama, had promised. The patience of the American people for the forever war has long since run out — especially among the families who made sacrifices on the American side, the meaning of which they have increasingly doubted. 2,448 U.S soldiers died during their deployment in the country. Of the 4.6 million soldiers who returned from the wars in Iraq and Afghanistan, around 40% were wounded.

Who fought for the United States in the Hindu Kush for almost 20 years? The answer also explains why Trump, who never served himself, had such high approval among military members. In his campaign, he promised to finally bring U.S. troops home.

In recent years, the unpopular war has increasingly fallen into the background for the majority of Americans. Among soldiers and their families, this has strengthened the feeling of being forgotten and disrespected as well. The majority of the armed forces is recruited from a few regions, indeed from a few families, primarily from the economically weaker southern states. In 2019, for example, more than twice as many recruits reported from Fayetteville in the state of North Carolina, where the Fort Bragg military base is located, than from Manhattan. And this is despite Manhattan having eight times as many inhabitants as Fayetteville. Many of the new soldiers come from families who have been in the military for several generations. The army as a kind of family business, as The New York Times once described it.

The failure in Afghanistan is often compared to the lost Vietnam War. However, there is one important difference. The U.S. soldiers who fought in Vietnam were drafted into military service. The draft was lifted in the United States in 1973. Since then, the U.S. armed forces have been a volunteer military. The people who go to war for America have also changed a lot since then.

In the 1980s, the term “poverty draft” emerged. Previously, the law compelled young men to become soldiers; now there were increasingly economic pressures. The army, with a force of around 1.3 million, offers secure work and social security, not to mention health insurance — all benefits that, in America, are anything but a certainty in the private economy.

A few years ago, when the wars in Iraq and Afghanistan were in full swing, I met a 17-year-old girl on an investigation in one of those neighborhoods in Cleveland, Ohio, whose predominantly Black residents had long since lost the fight against poverty and discrimination. Diamond, as she called herself, impressed me so much with her alert manner that I asked her what she wanted to be when she grew up. She wanted to attend college in the future, she said. Maybe study something to do with computers. But first she would join the army because her family lacked the means to pay for her further education after high school.

The Military Offers Benefits to Recruits

Because even attending a public college costs thousands of dollars in tuition, the benefits the Pentagon grants soldiers who want to attend college are attractive to young Americans like Diamond. The proportion of minorities in the armed forces has steadily risen in recent years. In 2004, around 36% were Black Americans, Latinos or Asian Americans. In 2017, the proportion was 43%.

For immigrants, military service offers yet another benefit. The military cannot grant anyone citizenship, but it promises an acceleration to the naturalization process. The influx that the U.S. military experienced in the first years after the 9/11 terror attacks has long since declined in the face of the bloody realities of the war. Recently, recruiters had difficulties finding the necessary number of 150,000 recruits yearly.

It became all the more important to appeal to target groups for whom the promise of becoming a part of the American dream is still tempting. A few weeks ago, my 13-year-old son and I toured a public high school in Brooklyn, New York that had been shortlisted for him. There, teenagers in camouflage and full dress uniforms greeted us. They — the Junior Reserve Officers’ Training Corps, JROTC for short — introduced us to the school. They also advertised additional courses and other activities, including “drill competitions, honor guards and parades.” Once every school year there is a dance for the junior cadets. On the walls hung portraits of past graduates who have made careers in the military.

Around 30% of students at this high school are Hispanic; another 30% are Asian American. More than 70% of students come from families whose income is so low that children only have to pay a low amount or nothing at all for school meals. JROTC would tempt children into joining the U.S. army who would later be sent to war, said my son indignantly. A price that many young recruits in the past two decades have in fact paid.

Not everyone is able to cope with this. According to statistics, 18 veterans commit suicide every day. And I still remember the report by photographer Ashley Gilbertson, who visited the surviving family members of young soldiers killed in action for The New York Times in 2010. The images show children’s rooms with stuffed animals on the neatly made beds and posters of celebrities on the walls, as if their former inhabitants had only gone away for a short time and hadn’t lost their lives on another continent.

About Michael Stehle 55 Articles
I am a graduate of the University of Maryland with a BA in Linguistics and Germanic Studies. I have a love for language and I find translation to be both an engaging activity as well as an important process for connecting the world.