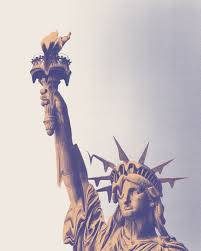 And it shares this unique quality with Russia.

The Islamists’ lightning-fast capture of Afghanistan, which the United States and its allies “democratized” for a whole 20 years, raised the question: What kind of country is the U.S.? Is it weak and second-rate or powerful and great?

Both within America and around the world there is a growing opinion that the power and greatness of the United States can be spoken of only in the past tense, and long ago at that. The events of Kabul in 2021 are essentially a repeat of Saigon in 1975. And there were also the inglorious ends of the wars in Korea (1953), Iraq (2011) and other places where the Americans unleashed military and political adventures with messianic slogans, while not being ready to achieve victory either by military or moral means. America has not demonstrated such readiness since World War II. (The only exception, perhaps, is the airlift that broke the Soviet blockade of West Berlin in 1948-1949.)

It is difficult to equate the U.S. with greatness, given various historical failures. There was the capture of the American embassy staff in Tehran by Iranian Islamists (1979); the failed operation in Somalia, when 19 U.S. special forces were killed and 73 were wounded (1993); and the storming of the U.S. Consulate General in Benghazi, Libya (2012), which resulted in the deaths of the U.S. ambassador and three other diplomats.

The United States’ supremacy did not fade only in the international arena. Today, the greatest American city isn’t associated with the splendor of record-high skyscrapers (the records have gone to other countries) but with dirtiness and crime. It’s dominated by street psychopaths, beggars, homeless people and drug addicts, with an outrageously neglected infrastructure and no help from the police. Not to mention, it has been brought to the point of absurdity by political correctness.

Somewhere statues of Christopher Columbus are being demolished (he’s the reason that white colonizers exterminated the Indians — sorry, Native Americans). Columbus Day has already been changed to Indigenous People’s Day. In some places, monuments to George Washington, Thomas Jefferson and other founding fathers are being removed because they were “slave owners.”

The outrage has even been extended toward Abraham Lincoln in a few places. In Boston they removed a statue of the great president because a Black slave, who had been freed (thanks to Lincoln), was lying at his feet. The sculpture did not show proper respect for the Black race! The politically correct authorities of New York decided to remove the equestrian statue of Theodore Roosevelt in front of the entrance to the Museum of Natural History for the same reason. An Indian and a Black — sorry, Native American and African American — man are depicted on both sides of Roosevelt (which is, again, disrespectful), holding on to his stirrups.

Everyone who doesn’t belong to the group of designated “respected minorities” is obliged to show them proper respect. In New York the word “minorities” must be put in quotation marks because 70% of the population of the megapolis is comprised of colored people. My bad, “people of color.” They can make white people bow down at the knee at any time and repent of their “white privilege.” Those who do not understand their “white privilege” will be ostracized at best (this often happens in American schools and universities); at worst, they will beat them on the streets until they understand.

The concept of “white privilege” has even made its way into the advanced minds of the International Chess Federation, where they are seriously considering changing the rules of the game so that white does not have the advantage of the first move. The politically correct insanity has gotten stronger. There are almost no sane voices left in American politics, either for or against this insanity. There is support for it only from the left, and the opposition to it from the right comes with racist frenzy and insane conspiracy theories. Common sense is gone — no one needs it anymore.

Trying to bring the nation back to common sense is a difficult and thankless task, and it can impact political outcomes in elections. It is much easier to engage in populism, pleasing the inadequate. Under Joe Biden, it’s the same as it was under Donald Trump: Each of the 50 states plays along in its own way, and the federal government does not interfere. You cannot violate the sovereign rights of the states, so they say!

As a result, due to Texas, Florida and other places with anti-vaxxers and anti-maskers, America is quickly plunging into a new wave of the pandemic. The Washington administration does not force anyone to do anything, but it “keeps the border closed.” Europe has opened up to vaccinated Americans, but the U.S. didn’t think to reciprocate. Populist politicians demonstrate to their voters: We are protecting you from a pandemic! And the pandemic is gaining momentum in the United States, but not because of visitors from abroad.

The world looks at this once great country and does not find its former greatness. There were no flights to deep space as were predicted for the beginning of the 21st century (recall the 1968 Stanley Kubrick film “2001: a Space Odyssey”). American astronauts even flew to the ISS on Russian Soyuz spacecrafts for 10 years. America has ceased to be an industrial giant; abandoned factories are rusting; all electronic equipment (even expensive gadgets) are assembled in China; clothes — mostly synthetic and unattractive — are sewn in Vietnam or Bangladesh. Food products for the mass consumer are supersaturated with sugar and salt and are produced with nitrates, steroids and antibiotics. One in six Americans lives below the poverty line; this is not due to a healthy diet.

Who dreams of coming to the U.S. today? Mainly refugees from miserable countries like Haiti and Afghanistan. On the Mexican-American border there is an accumulation of undocumented migrants, including children, for whom the administration in Washington has no answers. There are approximately 11 to 12 million undocumented immigrants living in the U.S., but the authorities do not try to solve this problem. Why?

Because undocumented immigrants and labor migrants support entire sectors of the American economy, such as agriculture, meat and fish processing, construction and care for children, the elderly and the disabled, etc. They are paid several times less than “real” Americans. As a result, entrepreneurs increase and share profit, with the help of corrupt politicians (this is known as the beautiful word, “lobbying,” which can rightfully be considered synonymous with the ugly word “corruption”).

Does this remind you of anything, dear Russian compatriots? Russia is also full of undocumented immigrants and labor migrants from poor countries, who also have a lot to gain in the new country. And in Russia, the authorities tend not to solve the main problems of the country, but to create the appearance of caring for the people (this is especially important now, before the September election). And, of course, the Russian authorities are always concerned about maintaining the illusion of the greatness of the Motherland in citizens’ minds. Americans do not focus on that particular word, but politicians and the media constantly repeat that the United States is “the greatest country in the world” (although international comparisons clearly show that there are many countries that surpass the United States in the most important parameters of quality of life).

In Russia, the authorities use a powerful propaganda apparatus to replace the quality of life in the mass consciousness with the illusion of a great power: Our territory is growing, our missiles are elusive, we are victoriously fighting in Syria — and you are talking about some pensions, doctors’ salaries and a shortage of schools? Be proud of your Homeland, you are told.

Even Soviet authors Ilf (Ilya Arnoldovich Feinsilberg) and Petrov (Yevgeniy Petrovich Katayev),* in traveling to the New World, noticed that Americans and Russians have a lot in common. In the post-Soviet era, we see in both former “superpowers” a persistent unwillingness to forget the imperial past. The desire for the status of greatness is characteristic, not only of the powerful elites, but also of many ordinary citizens. Americans think of their country as uniquely great, a result of their poor education and their ignorance of the surrounding world. Russians are mostly under the influence of official zombification.

But facts are stubborn things, and statistics are not under the complete control of those in power. In a recent study by the Commonwealth Fund, the United States ranked last out of 12 developed countries in terms of the quality of health care, but first in terms of its high cost. In 2019, the life expectancy of Americans was 76.3 years — six years less than in Switzerland and five less than in Norway. The United States is the only developed country where there is no universal state health insurance or law for paid maternity and sick leave.

But in America there is a unrestrained sale of weapons, by which 43,000 people died, living ordinary lives, in 2020.

Russia ranks 61st in the world in terms of nominal gross domestic product per capita, according to the International Monetary Fund. Among the 80 countries included in the Quality of Life Index for 2020, Russia ranked 67th. The life expectancy of Russians in 2020 decreased by 1.75 years and amounted to 71.54 years (five years less than in the non-advanced United States). What do we have to be proud of? The fact that Moscow has entered the top 10 world leaders in the number of billionaires living there?

You can (and even need) to be proud of past greatness. But it also doesn’t hurt to think about the present. People will appreciate real concerns for their well-being no less than stories about the greatness of the country.

*Editor’s Note: Known as “Ilf and Petrov,” they are a duo of popular Russian satirical writers.