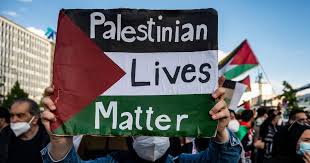 The continuation of the Israel-Palestine conflict threatens our relationship with the United States and fractures the values that we share with it. Bennett must keep this worrying trend in mind when he visits Washington.

Does America’s abandonment of Afghanistan teach us something about the future of our relationship with the United States? Supposedly, there is no analogy between the Israeli situation and that in Afghanistan. There, the army relied on American forces, and at the critical hour it evaporated as if it never was. We have the Israeli Defense Force, Mossad and the Shin Bet; these organizations have chalked up impressive achievements that have amazed the whole world.

And so, Israel constitutes as a strategic asset for the United States: an island of stability and progress in a problematic area of the world. If this is where things stand, why does the American decision to abandon Afghanistan bother us? The answer is found in the background to the abandonment. The United States made a decision based on a cold calculation of interests. The term “interest” appeared five times in President Joe Biden’s announcement of his decision to abandon Afghanistan. He also referenced the changing nature of the interests: The United States has no interest in continuing to waste resources in Afghanistan, seeing that there are interests in other areas of the world which could use those resources.

The calculation of interests serves Israel’s harsh critics in the United States very well. Professor Stephen Walt from Harvard, for example, recently published an article titled “It’s Time To End the Special Relationship with Israel.” He makes his claims using reasoning taken from the world of balancing interests.

This point of view quickly reflects the deepening cracks in two major areas. The first is shared values and bipartisan support. A deep sense of shared fate and identity of values between Israel and the United States was clearly expressed in the bipartisan support that Israel has historically had. But in recent years, in which Israel has been painted as preferring the Republican Party, the criticism has increased, especially in the Democratic camp; it could be claimed that Israel has abandoned liberal values.

The second area is solidarity with the Jews of the United States. For years the support of American Jews has been based on Israel’s status in the United States. But today many Jews do not feel pride in their identification with Israel. The era of Benjamin Netanyahu created a feeling in the hearts of Jewish supporters of the Democratic Party (70% of all Jews in the United States) that Israel has given up on them because they do not agree with its behavior.

The common denominator between the various maladies that threaten the basis of the special relationship with the United States is related to the Israel-Palestine conflict: the continued occupation and control over one people, with no rights, by another people. This reality is what threatens the shared values, the ability to maintain the bipartisan support and solidarity between Israel and the Jews of America.

But Israel is not portrayed as beleaguered by being an occupying power, and as not bothered by the anti-Israeli atmosphere, which threatens its powerful focus and influence in the United States.

This worrisome trend has to be front and center for Prime Minister Naftali Bennett in his upcoming visit to Washington. The special relationship with the United States is our most valuable strategic asset. This asset is granted with the support of American Jewry and with the development of shared values, which stand strong in the face of shifting interests and priorities. The change in rhetoric of the new government is a blessing, but it is not enough. We must not fool ourselves. The continuation of the occupation poisons our relationship with Jewish Americans and threatens our special relationship with the U.S.

The writer is a senior research fellow at the Jewish People Policy Institute and a former director general of the Israel Ministry of Foreign Affairs.