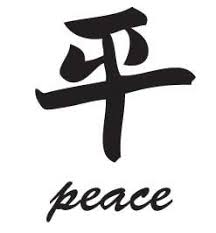 It has been 20 years since the 9/11 attacks that shocked the world.

Taking the opportunity presented by the attacks, the U.S. plunged into a total war against terrorism, taking a hard-line stance of willingness to even engage in preemptive strikes in order to protect itself.

But the fight against terrorism, which has gone on for 20 years, has become bogged down with no exit in sight. Terrorism cannot be eradicated with military power, because it creates a chain of violence. We should gather together humanitarian wisdom to eliminate the breeding grounds of terrorism, which are fostered by factors such as the expansion of poverty, increased disparity and ethnic and religious conflict, regardless of military intervention.

The Constitution of Japan demonstrates a determination to proactively work hard toward victory over “tyranny and slavery, oppression and intolerance.” In accordance with Article 9, which stipulates that “Japanese people forever renounce war as a sovereign right of the nation and the threat or use of force,” we must strive to settle conflicts peacefully.

In response to the attacks, the U.S. attacked Afghanistan in retaliation, and then rushed into the Iraq War. Dismissing a diplomatic problem-solving approach, the U.S. took an “if you are not with us, you are against us” mentality, and the use of military force was justified to eliminate that was different or foreign.

After breaking down the Taliban’s political power, the U.S. garrisoned troops in Afghanistan for 20 years, in order to protect the country from becoming a hotbed of terrorism. However, depending on military intervention to bring about nation building proved to be a failure. By the end of August, the U.S. military had completed its withdrawal from Afghanistan, ending “the longest war in U.S. history.” And now, the Taliban has established an interim government.

During those 20 years, U.S. forces in Okinawa also shouldered a significant role in carrying out worldwide counterterrorism operations, such as the wars in Afghanistan and Iraq. In addition to the dispatch of troops, training exercises intensified and accidents became a repeated occurrence. Finally, in August 2004, a poorly-maintained large scale transport helicopter crashed at Okinawa International University.

Amid fears that Okinawa, which has a heavy concentration of U.S. military bases, was a potential target, Okinawa has suffered, with school trips being cancelled and tourism, a leading industry, being negatively impacted.

The presence of military bases is nothing more than a threat to the lives of prefectural citizens and a primary obstruction to the prefecture’s economy. From Okinawa’s point of view, it seems there are lessons to learn from the U.S. military’s fight against terrorism.

The Japanese government supported the U.S. military attacks in Afghanistan; after the U.S. invaded Iraq, the Japan Ground Self-Defense Force was deployed to the southern part of Samawah. In 2015, the government passed a national security law enabling the right to exercise collective self-defense, which is not allowed by the constitution, hastening the unification of the Japan Self-Defense Force with the U.S. military. Due to the U.S.-Japan military alliance, it has become difficult to claim that Japan still holds a neutral position in the international community.

After World War II, Japan aided governments and people in developing countries and conflict areas, which the local people supported precisely because it came from a neutral party, without military force. An example of someone who practiced this aid was the late Dr. Tetsu Nakamura, who headed the group Peace Japan Medical Services. Not stopping at providing medical care for poverty-stricken Afghan people, the group also dug agricultural irrigation channels to help revive greenery in the desert.

About 3,000 people were killed in the terror attacks 20 years ago. We hope to make it a day to vow for the realization of “proactive peace” to conquer “structural violence” such as famine, oppression and discrimination.

About Dorothy Phoenix 39 Articles
Dorothy is an independent video game developer, software engineer, technical writer, and tutor, with experience teaching students how to program and make games. In addition to programming and video games, Dorothy also enjoys studying Japanese language and culture. One of her goals is to exhibit a game at the Tokyo Game Show someday.