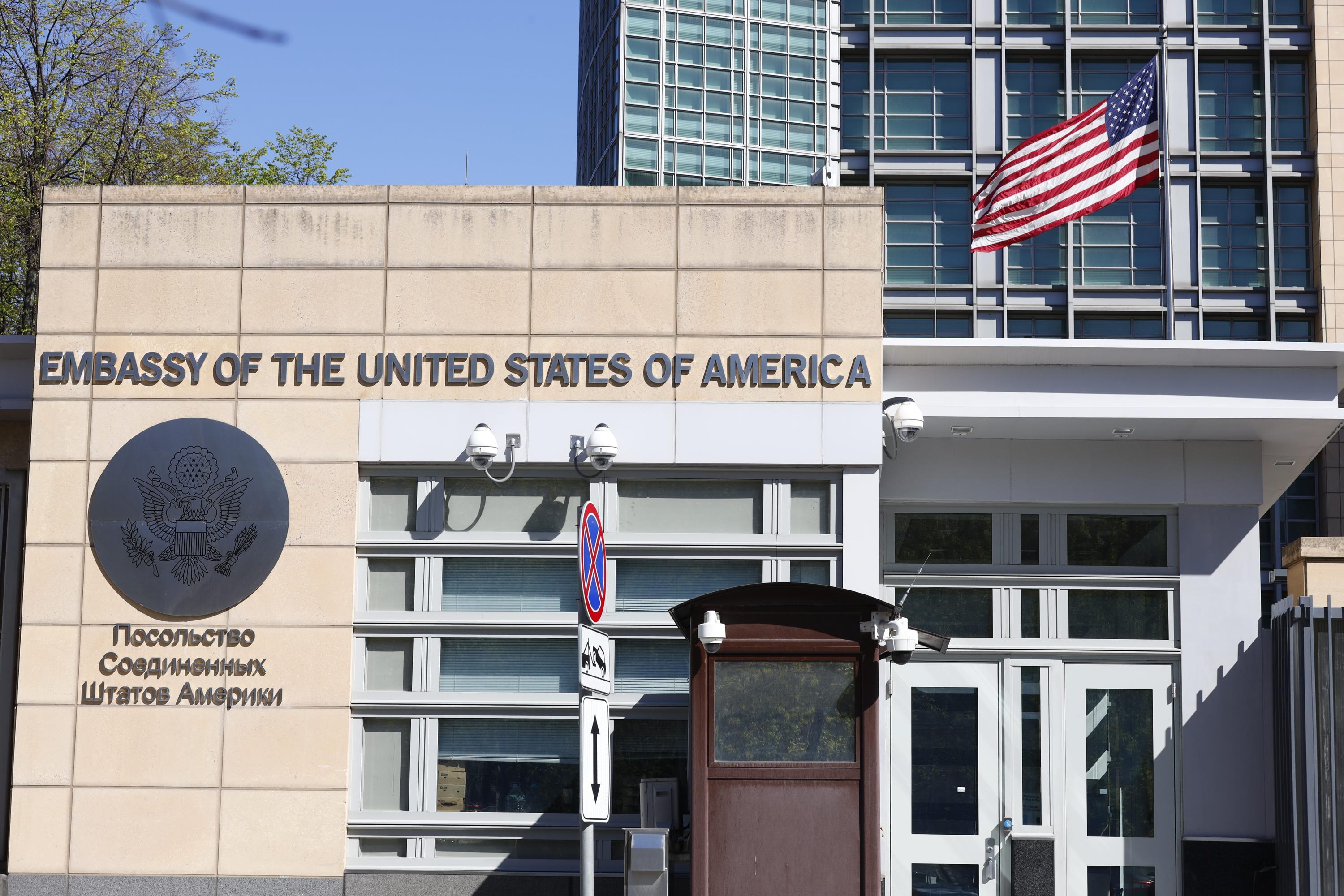 It’s been suggested to Biden that the work of the American Embassy can be normalized through the mass expulsion of Russian Embassy personnel.

The plan by Congress to sharply reduce the number of personnel in the Russian Embassy is merely emotional, says Russian Presidential Press Secretary Dmitry Peskov. Recently, a group of American senators asked Joe Biden to expel 300 Russian diplomatic mission employees from the United States. The long-standing conflict over the work of diplomats is taking on a new dimension. Now the issue of the Russian and American embassies is being used by both U.S. political parties in their struggle with each other.

Peskov noted that America has pursued a course of “completely winding down relations” with the Russian Federation for several years. However, the senators’ proposal to expel 300 employees of the Russian Embassy is unrealistic and impulsive.

“In order to expel so many diplomats, you first need to possess such a number, this is the first thing. Secondly, these are rather emotional demands. They don’t appear to even know how many Russian diplomats work there,” TASS quoted Peskov as saying. The letter to Biden, signed by Republican Sens. Marco Rubio and Jim Risch and Democratic Sens. Robert Menendez and Mark Warner, was sent on Oct. 5. The senators also asked Biden to increase American Embassy staff in Moscow.

As of Aug. 1, Russia has restricted the hiring of employees in the U.S. consulate. The U.S. can no longer hire citizens with foreign or Russian citizenship. This is Moscow’s response to the scandal in April, when the U.S. expelled 10 employees from the Russian Embassy. The Americans have repeatedly stated that this restriction will paralyze the work of its embassy. This incident has also become the United States’ official reason to stop issuing U.S. visas to Russians. The State Department claims that 120 embassy employees in Russia are not enough to keep up with processing necessary documents.

The Russian Foreign Ministry has its own concerns about the Russian Embassy in the United States, including issues involving the property of the diplomatic mission, as well as the complicated procedures for extending diplomatic visas. The diplomats of both countries have repeatedly tried to resolve the matter. In August, Russian Ambassador to the United States Anatoly Antonov proposed the possibility of a unique exchange — abolishing recently enacted requirements for extending visas for Russian diplomatic workers in return for lifting restrictions on hiring foreigners at the American embassy — but the U.S. senators proposed more radical action.

In their letter, the senators assert that since “Russia has long counted locally hired Russian staff at U.S. Embassy Moscow as American diplomats,” then the U.S. should also consider the employees of the Russian diplomatic mission to be diplomats.

In this case, the senators argue, the size of the diplomatic corps in the two countries turns out to be uneven. There are more than 400 Russians in the United States compared to about 100 Americans in the Russian Federation, which means there needs to be some way to strike a balance. The senators have suggested that Biden deliver an ultimatum to the Kremlin: Either the number of the American diplomatic mission is increased by 300 people, or 300 employees of the Russian diplomatic mission are expelled. “We consider such a step to be reasonable and reciprocal,” the senators wrote. The authors of the letter, Senate Intelligence Committee Vice Chair Rubio and Senate Foreign Relations Committee Chair Menendez, are Biden rivals. Rubio, a Republican and long-time critic of Biden, has attacked Biden’s decision to suspend sanctions against the Nord Stream 2 project, for example. Menendez, in turn, issued a statement in August on the withdrawal of American troops from Afghanistan, asserting that “the Biden administration clearly misjudged the consequences of the rapid withdrawal of the United States” from the country. The senator described the events related to the fall of Kabul as “the culmination of a series of mistakes made by Republican and Democratic administrations over 20 years.”*

At the same time, Pavel Sharikov, a senior research fellow at the Institute for USA and Canada Studies at the Russian Academy of Sciences, observed that Menendez has rarely expressed any solidarity with Republicans. “Interestingly, this letter is a bipartisan initiative. Rubio’s signature is understandable, but Menendez’ is a surprise. Incidentally, he is a fairly skillful lobbyist and is famous for his ability to get the necessary decisions from the White House. Of course, after this letter, Biden is unlikely to quickly lay off the staff of the Russian embassy. To put it mildly, the very idea of expelling 300 people does not seem reasonable. The question is whether the authors of the letter are seriously counting on this or whether it is part of some kind of long-term strategy,” Sharikov said.