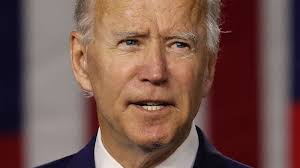 Joe Biden’s first year in office has been one of the most unfortunate first years for a president in decades. According to a recent Quinnipiac University poll, Biden’s approval rating reached its lowest point to date — only one-third of Americans trust the current administration. Voters disapprove of the U.S. migration crisis on its southern border, the fiasco in Afghanistan and the current economic situation.

Biden’s Approval Rating Falls to a Low of 38%

The latest survey by Quinnipiac University in Connecticut, conducted between Oct. 4 and Oct. 5, brought yet more bad news for the U.S. president.

The poll results that came out on Wednesday show Biden’s approval rating at its lowest point to date — 53% of Americans disapprove of Biden’s job performance compared to 38% who voiced approval.

The previous poll conducted by the same university three weeks ago showed that in September, 42% of Americans had a positive view of Biden’s performance in office, while 50% disapproved.

It is notable that Americans who are most critical of the current president describe themselves as independent and do not affiliate with either the Republican or the Democratic Party. Among them, 60% of respondents disapprove of Biden’s performance, and only 32% support it.

Multiple factors contribute to this sharp drop in Biden’s approval ratings. They are tangled together and have created conditions leading to perfect political storm in the White House. They include the growing migration crisis at the U.S. southern border, where thousands of nationals from Latin American countries are trying to cross into the United States; the rushed and chaotic withdrawal from Afghanistan that derailed the efforts of previous administrations and created new problems for the country; and the current state of the economy. According to a recent study, 72% of Americans have a negative view of the U.S. economy.

The poll by Quinnipiac University has been the most disturbing, but it is hardly the first red flag. Previous polls also showed Biden’s approval ratings plummeting. According to Gallup, the president’s ratings slid to 43%, losing six percentage points and hitting a new low; 53% of respondents did not approve of Biden’s work as president.

A poll by Harvard CAPS/Harris revealed that after eight months in office, Biden’s approval rating dropped below that of his predecessor, Donald Trump. At that time, observers started discussing the real possibility of Trump’s reelection. According to the recent polls, 44% of Republicans support Trump.

Encouraged by the bad luck that has beset Biden – the man Trump once called “Sleepy Joe“ – the former president has made it clear that he is ready to return in 2024.

In an effort to reverse the negative trend in public opinion, Biden received his COVID-19 booster shot live on camera at the end of September for the entire country to see.

“Now, I know it doesn’t look like it, but I am over 65 — way over. And that’s why I’m getting my booster shot today,” the 78-year-old president jokingly said, to poke fun at the many ageist attacks he’s been subject to since the very first days of his presidency.

Biden received his first Pfizer shot at the end of December; he got the second shot before his inauguration in January. “Boosters are important, but the most important thing we need to do is get more people vaccinated,” noted the president, making it clear that he was determined to make vaccinations mandatory in certain cases, a statement which reignited anti-vaccine sentiment and grievances among Republicans in many states.

This public relations move showing Biden in front of the camera with his ironed blue shirtsleeve rolled up and an American flag in the background, was not effective. Reaction on social media was mixed. Those paying particular attention to details said the whole thing was staged.

Meanwhile, Biden lacks the political antibodies he needs to fight his Republican opponents, including Trump. The current immigration crisis in the United States is a case in point.

The crisis will be the main subject at the U.S.-Mexico Security Dialogue talks. (Secretary of State Antony Blinken will lead the U.S. delegation.)

Last week, shortly before the talks with Mexico, local authorities in Del Rio, Texas cleared Haitian migrants from their illegal encampments at the Rio Grande. Tens of thousands of migrants from Haiti had crossed the U.S. border from Mexico in previous weeks. Before this crisis, authorities expelled some of the migrants and moved others to processing centers in different states. Yet, shortly after that crisis, the U.S. administration reopened the border in the Del Rio area.

The administration’s decision to pull the United States out of Afghanistan is another reason for Biden’s dropping approval ratings. The withdrawal discredited the efforts of the previous U.S. administrations and negatively affected America’s image internationally. Despite the fact that it has been two months since the regime under President Ashraf Ghani collapsed in Kabul, discussions are still heated. “I trust and believe in the [U.S.] people, [but] I have lost trust in the U.S. policies,” said Afghan Ambassador Adela Raz in her interview with Axios. According to Raz, the people of Afghanistan are also unlikely to trust the U.S. president.

Meanwhile, the Republicans have figured out that their opponent’s position has weakened and delivered another powerful blow. Last week, the House of Representatives passed the bill to raise the U.S. debt ceiling, which is now at $28.4 trillion, and extend government funding after Oct. 1, which marks a new fiscal year.

Subsequently, however, Biden faced tough opposition in the Senate, where Democrats have a relatively small majority. Sen. Mitch McConnell resisted the plan and stated that Senate Republicans would not support it. At that point, experts began discussing the possibility of a “financial Armageddon” if the U.S. were to default. According to Treasury Secretary Janet Yellen, if Congress fails to raise the debt limit by Oct. 18, U.S. Treasury resources needed to support the work of public institutions “would be depleted” and would have to shut down.

However, on Thursday, it became apparent that the U.S. would avoid the worst-case scenario. “We have reached an agreement to extend the debt ceiling through early December, and it’s our hope that we can get this done as soon as today,” announced Democratic Senate Majority Leader Chuck Schumer. Before that, McConnell also had stated that the Republican Party would n