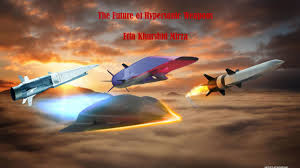 Even though it is not new technology, the nuclear-capable hypersonic gliders that China tested over the summer are a cause for fear for Americans. The Asian superpower has a weapon at its disposal that U.S. air defense systems would have a hard time neutralizing in the event of a conflict.

A few weeks ago, the Financial Times leaked that China had suddenly tested two space weapons back in July. Beijing denies everything, saying it conducted only a routine test. But according to the paper, the weapons in question were nuclear-capable hypersonic gliders, which after orbiting the planet at five times the speed of sound returned to the atmosphere and landed in Chinese territory. They missed the target by 42 kilometers.

That sounds quite futuristic and frightening, but the foundations of the technology are not unknown. There are elements of the Chinese advancements, however, that have begun to worry the United States. The realization painfully settled on the U.S. that its rivals have surpassed it in weapons manufacturing.

Air Defense Systems Are Not Enough

News of the hypersonic missiles can give non-experts the impression that the world is facing a brand-new weapon with capabilities that differ from its predecessors, but that is not true. During the Cold War, the Soviet Union developed an orbital bombardment system that could have fired a nuclear weapon on a lower trajectory. What set it apart from its predecessors was that missile defense systems would have had an extremely hard time incapacitating it. Moreover, the Soviets said they did not violate the main provision of the 1967 Outer Space Treaty: that signatories would not place weapons of mass destruction in space or on other bodies in space.

Although limited information is available regarding the Chinese version, it is most comparable to the device described above. The hypersonic glider China created can travel at least five times the speed of sound and can reach much more distant targets than ballistic missiles, once it detaches from the launch vehicle.

Because these devices are easier to maneuver, can turn, are faster and move at lower trajectories than intercontinental ballistic missiles, it is almost impossible to counter them with current defense systems.

There are several theories as to why this technology is important to the Chinese and why they are conducting their experiments right now; most experts agree that the advancements are not offensive, but instead a message.

The Arrangement Has Changed

China most likely wanted to use the hypersonic gliders to discourage any U.S. administration from ever conducting a nuclear strike on the country. Until now, even though the Chinese regime would have struck back, most of its missiles would have exploded before they found their targets, thanks to defense systems. As for Americans, however, not everyone shares this belief, because the air defense network was honed to perfection in recent years to address the threats made by the North Korean dictator. But Pyongyang has nowhere near the firepower of Beijing, which could break through this wall in the event of more serious mobilization. The automatic shield couldn’t protect America either, beyond a certain number of missiles.

In any case, President Xi Jinping and his government have recognized that the United States has unquestionable nuclear superiority. But the Chinese have basically reduced to zero the likelihood of living through [an attack] without any consequences, because of the possibility of unpredictable retaliation.

Hypersonic technology’s advancements, by the way, have another potential risk factor. China could attack the U.S. from the South Pole. Because the Pentagon’s air defense system in Alaska could not reach it, they would not know what to do against it in this case.

Of course, there is no danger of a rapidly escalating open war, but the two most important geopolitical players have traditionally loved to show off their strength. The arms race even dates back decades.

For the United States, it is a clear wake-call that China is capable of serious innovation, even when it comes to space. The recent developments had even escaped the attention of American intelligence.

U.S. President Joe Biden admitted he was concerned about China’s developing arsenal, so in a sort of covert response, the U.S. military also tested its own hypersonic prototypes during the second half of October. Even though the U.S. is building more than one concurrently, American fear is most fueled by the fact that China has already been in space with its own — more advanced than anything before, according to current information.

Hypersonic weapons being used anywhere in the world in the near future is no real threat; we are talking much more about strategic advancements. The Pentagon is heavily criticized for sinking billions of dollars into technology research; $3.8 billion was set aside for it for 2022 alone. Russia, China and the United States are trying to surpass each other in space technology just as in the arms race as a whole. Because of this, we can expect every relevant player to keep their foot on the pedal when it comes to developing space weapons, even without the intention of initiating attack.