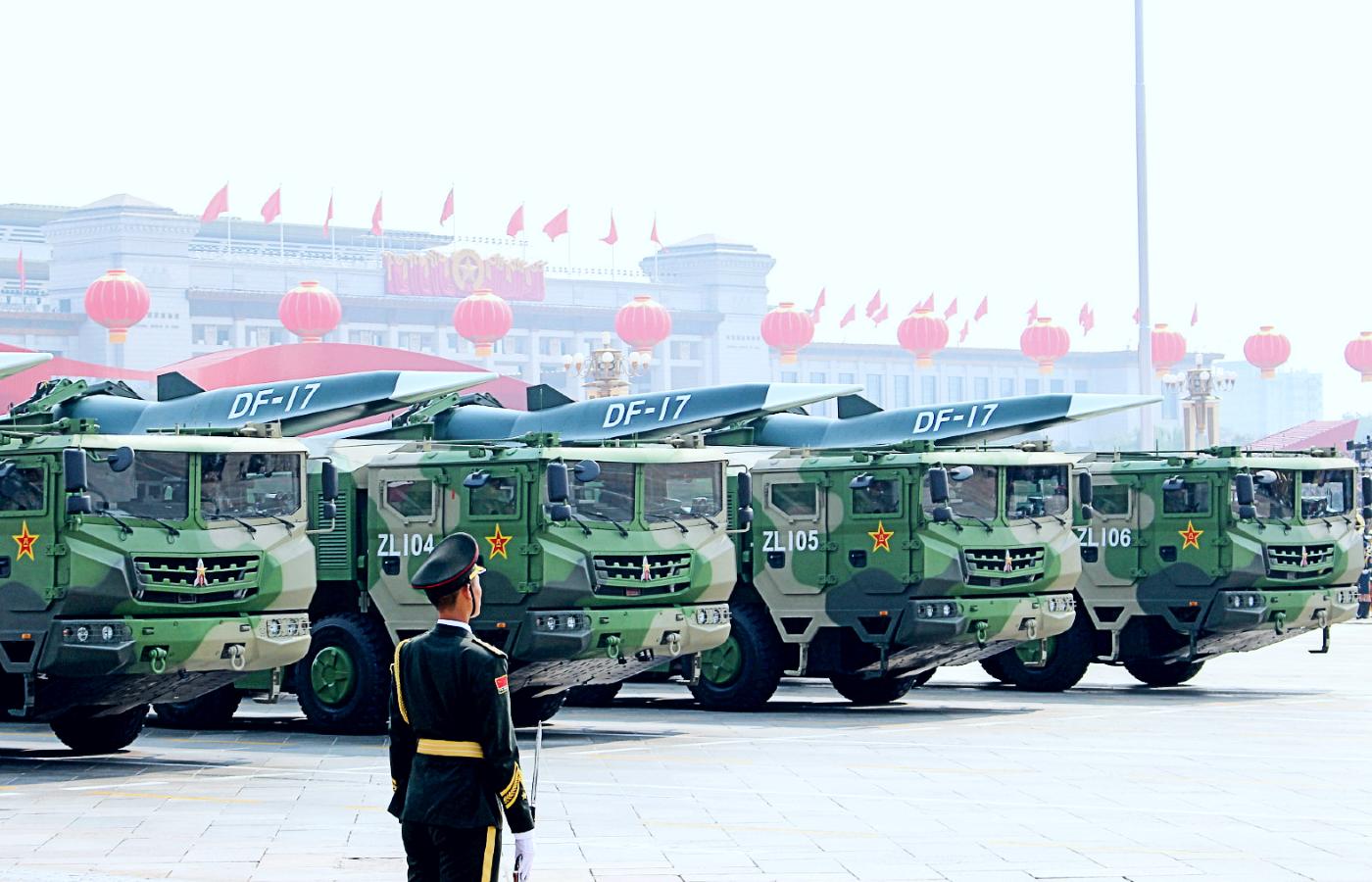 Gen. Mark Milley, chairman of the Joint Chiefs of Staff, the highest military rank in the U.S., has expressed serious concern over the development of China’s hypersonic missiles. Sometimes Americans find it hard to believe that someone else surpasses them militarily.

It is probably worth noting from the outset what a hypersonic weapon is. It is a particular type of rocket. It moves at remarkable speed, and is almost impossible to shoot down because it flies and performs maneuvers in the atmosphere.

One has to solve many unimaginable technical problems to create such a rocket. First, you need to create a drive capable of overcoming tremendous resistance, increasing by half the square root of the speed. So, if the resistance at 100 miles per second (360 kilometers per hour) is one, then at 2,500 miles per second, it will reach 312, although the speed increases only 25 times. And the engine thrust must increase by 312.

But that’s nothing. At this speed, the projectile heats up to enormous temperatures. Normal steel simply. Special alloys must be developed to withstand up to 2,000 degrees Celsius. (Steel melts at around 1,500 degrees Celsius.) Moreover, in order for such a missile to hit anything, it must have an effective navigation system and electronics that are sufficiently cooled down enough to function. Semiconductor processors operate at temperatures of up to 200 degrees Celsius, some at higher temperatures, but not much. Therefore, the electronics must be cool down intensively. But where does the heat dissipate to? To the projectile’s surroundings? At a temperature of 2,000 Celsius? It is impossible; there must be sufficient coolant and insulation for the entire flight. It is like building a liquid-cooled internal combustion engine without a radiator. Simply put, the liquid contained in the engine would have to absorb the heat of the engine itself and allow it to reach its destination before it boils. Unimaginable, right?

These challenging technical problems were solved with hypersonic missiles, although it was necessary to resort to incredibly sophisticated solutions. Not only that, Russian Kinzhal missiles fired from combat aircraft Ch-47M2, traveling at the speed of 12,000-14,000 kilometers per hour (approximately 7,456-8,699 miles per hour) can receive signals from the Glonass satellite navigation system (their GPS). However, in high-temperature surroundings, the air ionizes, creating an impenetrable barrier for radio waves. What did the Russians do to overcome this barrier? That’s their special secret.

Kinzhal missiles fired from a MiG-31BM fighter can fly 1,500 kilometers (approximately 932 miles) and hit a target the size of a car. It can destroy air defense radars and demolish enemy defense. Then stealth aircraft can safely fly into an area and turn hundreds of objects into a pile of rubble. Nothing can stop them. Hypersonic missiles are deadly because no one knows how to defend against them yet.

The Chinese Are Not Bluffing

The Russian hypersonic missiles alarmed the Americans. But the Chinese hypersonic missiles scared them even more. Known as DF-ZF, they were developed at “only” five times the speed of sound and have a range of up to 2,100 kilometers (approximately 1,304 miles), being propelled by a DF-17 ballistic missile with a very flat trajectory. Missiles that can travel at Mach 5 are disturbing, but not frightening. Besides, the Americans thought it was a bluff.

But China recently conducted several tests of its new weapon — one at the end of July, the second in August and the third not so long ago. And the Americans woke up. First, it turned out that the Chinese missile can hit its target. Second, it appears that it may be traveling twice as fast as expected. No one wants to comment on the details officially, but if the Chinese missile travels at 10 times the speed of sound, it would not only be disturbing, but terrifying. For now, the system’s range is too small to hit targets in the U.S., but it can destroy U.S. military bases in South Korea or Japan with impunity. And what is stopping China from taking it to a greater distance with a ballistic missile that has much greater range? After all, the Chinese have those as well.

Americans Outrun by China and Russia

The question arises as to how it is that not only the Russians but now the Chinese have weapons that the Americans do not have and that the U.S. is unable to defend themselves against? It must have been quite shocking for the generals, to say the least — so much so that Gen. Milley compared the event to the launch of Sputnik in 1957. At that time, the fact that the Soviet Union was the first in space was incomprehensible. Today, China is becoming the most dangerous potential enemy of the U.S. because its military potential is starting to greatly outgrow Russia’s military potential, both in quantitative and, recently, qualitative terms.

I am not happy about this at all. It is obvious, of course, that in reality, some superpower will always dominate, imposing its will on others to a certain extent. Let us not believe that there will be perpetual love, happiness and merriment. But if someone has to dominate, I would definitely prefer it to be America.

*Editor’s Note: The original Polish version of this article is available through a subscription.

About Daniela Wojas 14 Articles
I am originally from Poland but currently residing in the United States. I received a bachelor’s degree in Classics and Ancient Mediterranean Studies from the University of Illinois at Chicago. I am passionate about languages, literature, and archaeology and would love to pursue a career in translation, especially in the literary field.