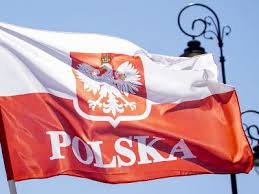 This is not yet something the White House is treating as a fact, but it could become so surprisingly quickly. For the first time in Washington, there is talk of possibly withdrawing U.S. troops from Poland in response to ongoing violations with respect to democracy and the rule of law.

The warning came from Heather Conley, president of the German Marshall Fund, one of the most influential institutions in Washington. In her opinion, the United States should consider changing its approach given inaction by both the U.S. and the European Union regarding the “erosion of democracy” on the Vistula River.

“We have to make an assessment of whether our force posture is in the appropriate place,” Conley said.

How seriously should we take this warning? Conley made these assertions during a hearing before the U.S. Helsinki Commission, the institution that ultimately determines the shape of U.S. military cooperation with Poland. But Conley certainly did not speak without consulting the Biden administration. The German Marshall Fund maintains close relations with American leaders. It can therefore be considered a trial balloon by the White House to see if Warsaw will come to its senses and work to restore the rule of law.

Conley spoke in the presence of three Democratic senators. And even if none of them supported such a position at the moment, they did not oppose it. Similarly, representatives of the American Enterprise Institute and Freedom House who attended the meeting offered no protest.

The broader context is also concerning for Poland. Joe Biden has placed the issue of democracy on a knife edge, not just because of developments in Poland. Local elections in Virginia showed how possible it is for Republicans to regain a majority in Congress next year and retake the White House in three years. I am talking about the party that, not only in Biden’s opinion, poses an increasing threat to democracy in the United States. Donald Trump’s challenge to the 2020 election results is the best evidence of this.

Promoting democracy and consolidating U.S. allies is also America’s strongest weapon in confronting China. The goal is to show that authoritarian governments are not more effective in the long run. In facing this challenge, an increasing number of people in Washington are wondering whether perhaps an alliance with Poland is worth sacrificing.

Finally, limiting the number of U.S. troops in Poland could prove to be part of a broader agreement Biden may reach with Vladimir Putin. The American president wants to free himself of problems with Moscow in order to focus on China. He would also appreciate it if the Kremlin would stop its attacks on Ukraine. By lifting the sanctions on Nord Stream 2, Biden has already shown how much he is willing to do in order to reach an agreement with Putin.

If Conley’s warning about withdrawing troops were to come true, it would mean a complete collapse of Poland’s Law and Justice (PiS) party’s foreign policy. Jarosław Kaczyński is betting on “waiting out Biden,” hoping that the collapse of current political relations with America will not affect the U.S. military presence in our country. Lying to such a degree is an even greater blow to Poland than depriving our country of European Union aid. It’s hard to imagine how PiS could stay in power after something like this.

About Agnes Smirnow 8 Articles
I was born in Nowy Targ, Poland and moved to the states when I was 2 years old. Growing up, I spent my summers in Poland and have translated documents and phone conversations for my parents for as long as I can remember. I currently live in the beautiful state of Colorado where I work as a pharmacist. In my free time, I love hiking, traveling with my fiancé, reading, and crafting.