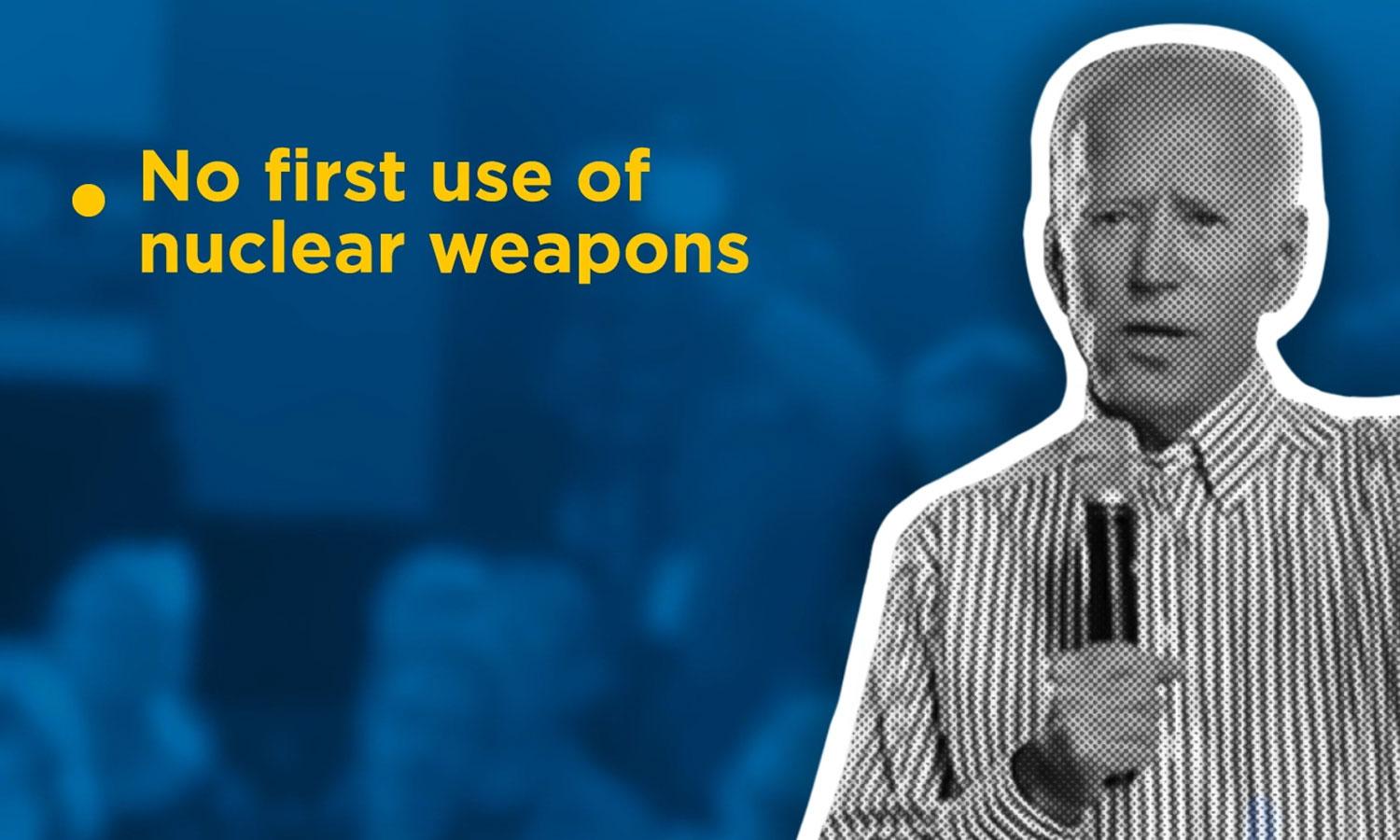 There are aspirations within President Joe Biden’s administration to officially commit to a ‘no first use’ policy in the document that outlines the government’s nuclear weapon strategy, the Nuclear Posture Review. The Japanese government must not hinder these efforts.

President Biden has long favored a ‘no first use policy,’ and said nuclear weapons should be limited to deterring and retaliating against nuclear attacks. This is a major change in direction from the previous administration of Donald Trump, which promoted the development of functional nuclear weapons and favored increased dependence on them.

According to the Financial Times in Britain, the U.S. administration approached Japan, the United Kingdom, France and other allies about the issue of adopting a no first use policy in the NPR, although this met an overwhelmingly negative response.

Former President Barack Obama, who set out a vision of a world without nuclear weapons, advocated a no first use policy in 2016, but had to abandon the idea after encountering opposition from countries, including Japan, that claimed the policy would send the wrong message to China about America’s commitment to protecting its allies.

It would be inconsistent for the Japan to oppose a no first use policy after it has stressed the need for reducing the role of nuclear weapons. Prime Minister Fumio Kishida has repeatedly stated that nuclear disarmament is his life’s work. Now is the time for him to step up and support the Biden administration in adopting a no first use policy.

In September, a number of individuals, including citizen groups in Hiroshima and Nagasaki, sent an open letter to representatives of all domestic political parties, urging them not to oppose a no first use policy.

In addition to this, former U.S. Secretary of Defense William Perry and the Federation of American Scientists sent a similar letter to then-Prime Minister Suga Yoshihide and others, stating, “It would be tragic if Japan, the only country to suffer nuclear attacks, and a staunch advocate of the abolition of nuclear weapons, blocked this small but important step toward the abolition of nuclear weapons.”

The danger of nuclear war started by misidentification or technological malfunction remains. Even if this type of event does not occur, nuclear accidents such as radioactive leaks are prone to happen. Simply possessing nuclear weapons presents danger.

This year, the Treaty on the Prohibition of Nuclear Weapons, which prohibits the manufacture, possession and use of nuclear weapons, took effect. As the only country to have experienced the devastation of nuclearnweapons, Japan must not turn away from its responsibility to advocate for nuclear disarmament.