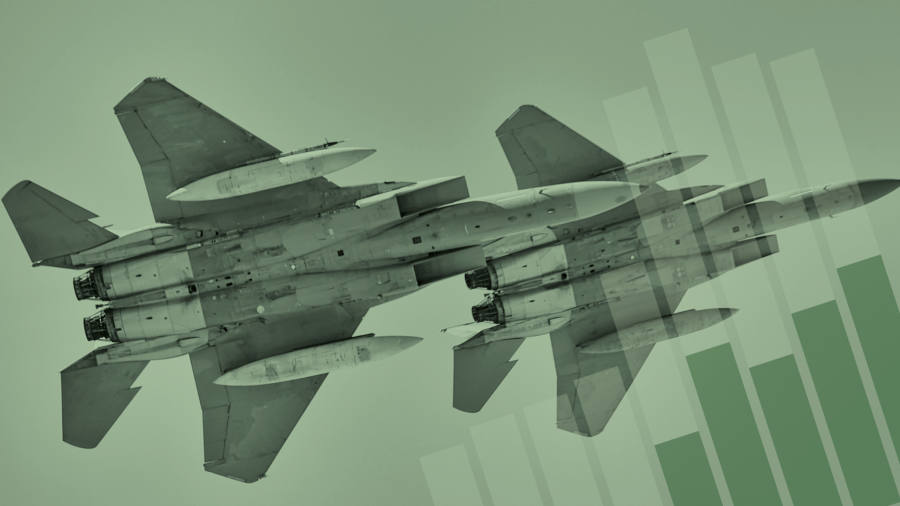 According to The Hill, the State Department signed a deal to sell AIM-120C advanced mid-range air-to-air missiles and related equipment to Saudi Arabia for $650 million. Accordingly, Saudi Arabia will purchase 280 missiles and 596 LAU-128 missile rail launchers, as well as containers and support equipment, spare parts and engineering.

In a related statement, the State Department explained, “Saudi Arabia has previously used these missiles to respond to attacks from UAVs crossing its borders, mainly from the Yemeni side,” adding, “It has been able to reinforce its missile defense system.”*

The deal is drawing attention as the first major arms trade with Saudi Arabia since Biden took office. Biden has been consistently critical of Saudi Arabia, including criticizing the country for the 2018 murder of Washington Post columnist Jamal Khashoggi by Saudi Arabia’s de facto ruler, Crown Prince Mohammed bin Salman.

Biden did not speak with Saudi Arabia until a month into his term. In February, he announced that he would withdraw the U.S. from the Yemeni civil war, where Saudi Arabia and Iran have been engaged in a proxy battle, and suspend military support and arms sales to Saudi Arabia. Earlier, during last year’s presidential election, he said, “Saudi Arabia is a pariah, and the Crown Prince is a flawed figure.”

However, for the sake of stabilizing the recent surge in international oil prices, the Biden administration is not always able to dismiss its relationship with Saudi Arabia, one of the world’s largest oil-producing countries. From the Saudis’ point of view, the purchase of U.S.-made weapons is also a strategy to maintain friendly relations with the United States, the world’s largest military power.

Saudi Arabia and the United States have maintained an alliance in order to facilitate the supply and demand of oil resources. However, the shale energy revolution in the United States has begun to show signs of fracturing relations between the two countries. Saudi Arabia not only suffered a financial blow as the U.S. increased shale crude oil production, but the fact that the U.S. has become “energy independent,” and does not have to rely heavily on the Middle East for energy security was also bad news for Saudi Arabia.

The anxious Saudi administration has significantly increased its imports of U.S. weapons to strengthen its alliance. According to the global defense market yearbook published by South Korea’s Defense Agency for Technology and Quality, the U.S. sold a total of $93.1 billion worth of weapons to other countries from 2009 to 2018.

Saudi Arabia ($13.47 billion) was the largest buyer of U.S. arms, followed by Australia ($7.769 billion), the United Arab Emirates ($6.923 billion) and South Korea ($6.279 billion). As a result, major U.S. defense companies such as Lockheed Martin, Boeing, Raytheon and General Dynamics have been enjoying the “Saudi special” to the full.

Meanwhile, a State Department spokesman emphasized that the missiles sold this time cannot be used against ground targets. He was apparently aware that there is a growing fear of civilian casualties due to Saudi intervention in Yemen’s civil war. The missile sale agreement “is fully consistent with the administration’s pledge to lead with diplomacy to end the conflict in Yemen,” the State Department spokesman added. He also noted that the sale will assure “Saudi Arabia has the means to defend itself from Iranian-backed Houthi air attacks.

About Anukrati Mehta 32 Articles
A Journalism and Communication graduate, Anukrati Mehta is a Korean translator for Watching America. She spent two years as a content creator for major companies in the U.S.A and Asia before turning her attention to her lifelong desire of becoming a multilinguist, which eventually led her to this role. When not absorbed in transcribing news articles for Watching America, Anukrati can usually be found listening to philosophy podcasts, sampling new movies, teaching Korean to students, or planning the perfect vacation. She is currently trying her hand at learning Japanese and playing the ukulele.