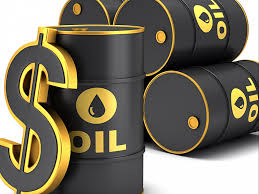 Political analyst Alexander Frolov on why the U.S. is pushing for more oil production.

Joe Biden has announced that the United States will release some of its strategic oil reserves as a way of intervening in the market to drive down prices in the next few months. The market paused for a moment in anticipation of something dreadful, and then the amount of support became known — 50 million barrels. Stakeholders exhaled and prices for the black gold increased after the president’s big announcement.

Biden announced the “Release from the Strategic Petroleum Reserve as Part of Ongoing Efforts To Lower Prices and Address Lack of Supply Around the World” beginning with the ever-present theme, “The whole world is with us.” More precisely, the United States, represented by its president, declared that it was not acting alone, but with the support of other energy consuming nations: China, India, Japan, South Korea and Great Britain.

This was followed by some bragging: Supposedly the United States was more successful than any other country in overcoming the COVID-19 crisis, and Biden is a great fellow who should be thanked for filling the pockets of ordinary Americans with additional funds in response to the crisis.

However, ordinary Americans cannot fully enjoy this additional money as they face high gas prices at the pump and exorbitant heating bills. Yet the U.S. is not responsible for this. An insidious enemy is to blame. The U.S. does not name the enemy directly, but it appears that this enemy has caused a shortage in the oil market. Considering that not so long ago, U.S. officials called for OPEC+ to increase production, there can be no doubt as to whom is to blame for the troubles of ordinary Americans. The important thing is that it doesn’t affect their leaders.

The U.S. has already criticized OPEC+ or more precisely Russia and Saudi Arabia for manipulating the market. The irony of the situation is that, while complaining about the unsportsmanlike conduct of producers of black gold, the United States is currently trying to put together a cartel (with China and Great Britain) to manipulate the market. In other words, the U.S. is presenting the global community with something astonishing: there are wrong cartel agreements, and there are right ones.

The U.S. even rushed to report a small victory; that after the U.S. announced its intention to release the strategic reserve, oil prices dropped by 10%. True, but then they began to increase. The market anticipated something more dramatic. Today, U.S. contributions will amount to 50 million barrels within a few months. India has openly endorsed this interesting move so far with 5 million barrels as has the U.K. with a mind-boggling 1.5 million barrels. Coincidentally, China has already used its strategic reserves to address issues in its domestic market; it will perhaps use them in the future. But this has little to do with requests from United States officials.

Even the most optimistic assessments, which presume that the president’s words about a significant amount of support are not a bluff, refer to the relatively limited capacities of the other oil consuming countries (about 20 million to 25 million barrels). So how much will it be?

To fully cover American intervention, it is sufficient that OPEC+ not increase production during the winter; this is without accounting for increasing demand. After all, consumption is increasing. (Of course, there are risks to stopping this growth.) But the bottom line is that if the OPEC+ countries see U.S. actions as a threat to the stability of the world oil market, then it would be enough for them to maintain production at the current level for a couple of months. The relevant decision will be made during the next meeting. However, we can assume that at least for December, OPEC+ will keep its plan to increase production, and then will act based on the current market situation.

OPEC+ is trying to keep the supply just below demand. But it is doing this to maintain the overstock accumulated in the first half of 2020. That is to say, there is no imbalance in supply and demand. With this lie, U.S. officials are simply trying to explain the rising prices of the domestic gasoline market. For the OPEC+ countries, the optimal oil prices are in the $70-$85 range.

But even if we assume that the United States will be able to bring down the price, this will not help its domestic market for petroleum products. Its problems do not stem from “rising oil prices,” a problem which contrasts with other energy providers’ costs that demonstrate an enviable stability. Electricity and gas prices are rising in the United States, just as in many other areas of the world. Doesn’t the U.S. government want to reduce taxes on that? That would be a helpful step.

But even so, the strategic reserves will have to be replenished.