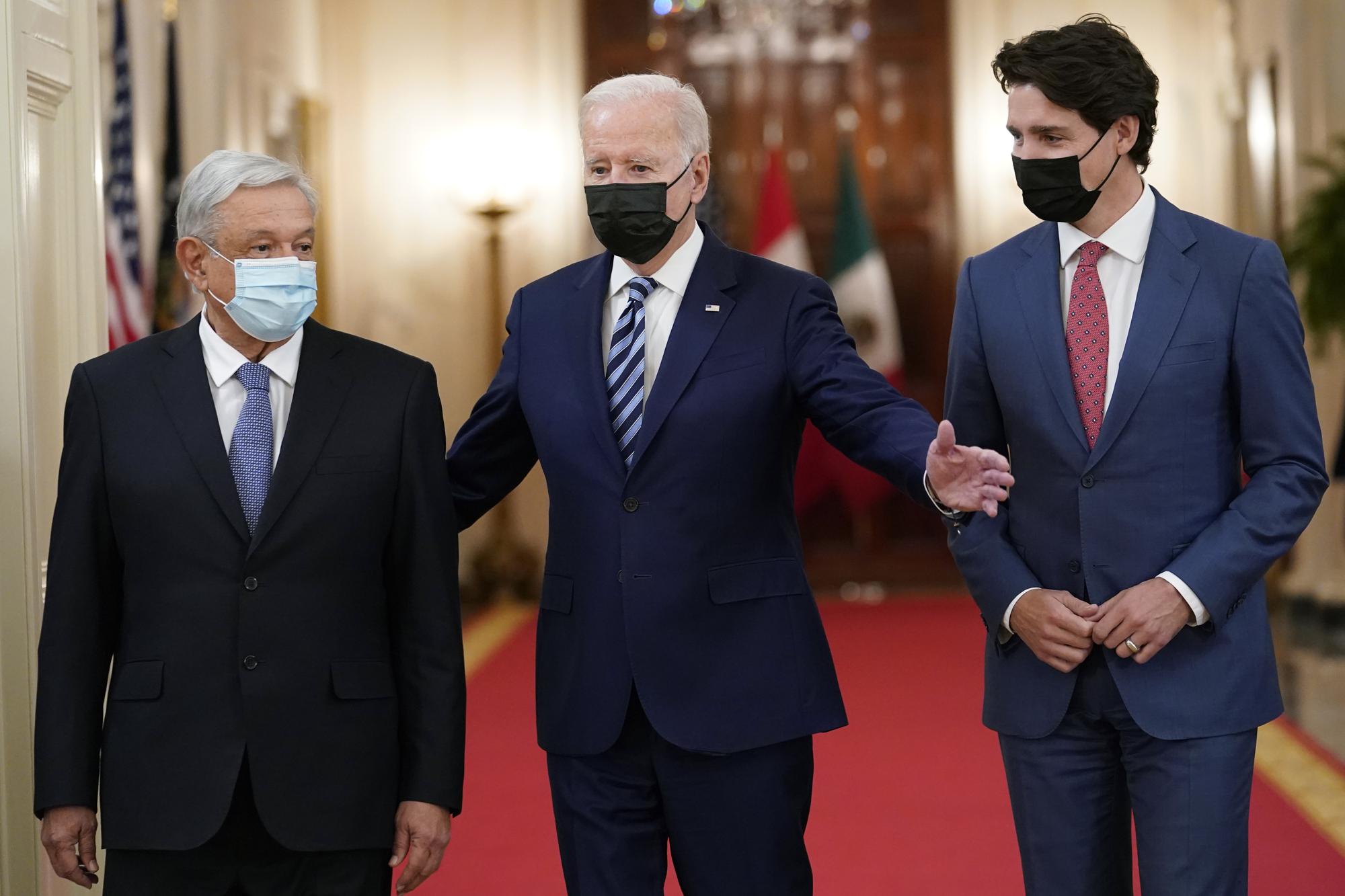 “Mexico and Canada are together in the world and we have a shared vision of development. Even if we are not neighbors, we would be partners and friends.” -Justin Trudeau*

In Washington they are preparing for the ninth North American Leaders’ Summit, prioritizing crises caused by the COVID-19 pandemic.

The last time the North American heads of state met was in 2016, when Donald Trump was in the White House and Enrique Peña Nieto was in Los Pinos. The Canadian prime minister was and continues to be Justin Trudeau, but from the National Palace we now have Andrés Manuel López Obrador, and President Joe Biden will be the host in Washington. These countries have had five years of changes since then, relating to political visions — and priorities — including the health and economic crises caused by COVID-19.

The topics covered at the summit, according to an official United States government press release, “will reaffirm their strong ties and integration while also charting a new path for collaboration on ending the COVID-19 pandemic and advancing health security; competitiveness and equitable growth, to include climate change; and a regional vision for migration.” According to the Mexican leader, the meeting will have to be operational and will push for the United States government to accept the legalization of “between 600,000 and 800,000 Mexicans and Central Americans annually for a plan of invited workers,” to which he compared the mid-20th century Bracero program. There will be disagreement over this based on the political visions of each nation.

Although the problems of interest are the same for these three nations — economy, migration flows and climate change — the pandemic has required these problems to be examined from a post-pandemic perspective, as well as adding health to the agenda. For example, migration has increased in Central America and the Caribbean due to the economic emergency; the economies have moved toward recession due to the closing of borders or climate change. We will have to explain this in a different way given that in this “new normal,” the use of single-use plastics to protect foods has increased considerably, combined with the millions of face masks used daily.

At the summit we will also observe the change of direction by the [new] U.S. president, but especially by AMLO, because the historic speech that he gave in July 2020 has no relevance in this meeting; not only because of the change of party and its representative in the White House, but also because Mexico will have to explain how it is going to collaborate with nations on the same subcontinent, and not just present a list of unilateral demands. For his part, Biden is interested in strengthening the relationship with Trudeau and reactivating the commercial sector on the 8,891 km (5,525 miles) of border, known as the “longest undefended border in the world.”

Therefore, we will hope that this first meeting between Biden, Trudeau and AMLO will provide the responses needed for the well-being of the societies in the three nations, for the vast Mexican community residing in the U.S. and for migrants across the continent. We will hope that the course of this meeting will include much more than empty discussions and photos that adorn the desks of some civil servants, and also that this time the improvements to be implemented will be consistent across all three countries.

About Amy Bathurst 11 Articles
I am a native English speaker from the UK, with a Bachelor's degree in Modern Languages. I absolutely love learning foreign languages and discovering the differences between them. My favorite languages are romance languages, specifically Spanish and Italian. In my free time, I love reading, baking and drawing.