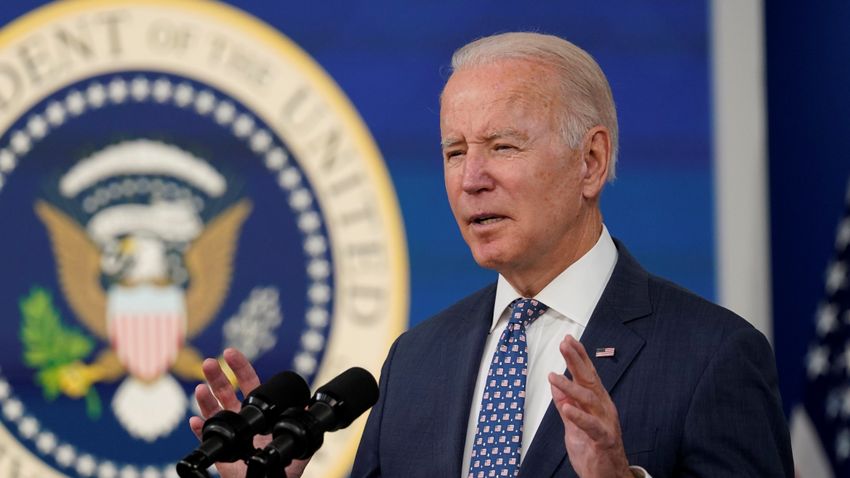 Since the inauguration of the new president of the United States, the American public has waited with curiosity to see how Joe Biden — who had identified himself as a supporter of immigration — would put his “open borders” immigration policy into practice. Ten months after the promise of the grandiose plans, however, it seems that the legalization of the 11 million immigrants living in the country and the organized identification of immigrants stranded at the Mexican border have both collapsed.

Concerns about the new Democratic presidential administration had already arisen in the first few months of its tenure when, amid the historic record high immigration in the spring, Biden decided to raise the ceiling on the number of newcomers allowed into the country. This decision was difficult to justify and had negative impacts: While a sort of humanitarian crisis developed on the southern border of the country because of the groups of immigrants flooding the area, the president’s popularity rating declined for the first time this year. Still, according to all indications, neither Biden nor his vice president, Kamala Harris — who had been specifically assigned the task of handling the question of immigration — learned their lessons in view of the fact that the figures, as well as the guidelines for homeland security regarding border protection, show that the Democrats’ immigration policy is nonviable.

As for the figures, just this year, United States Border Patrol agents reported more than 1.6 million intervention measures, which means the prevention of every illegal attempt to cross the border, irrespective of whether the perpetrator had attempted a similar act in the past. The number of these measures has broken a 20-year record, as the last time this volume of border violations occurred in the United States was at the turn of the century. Moreover, estimates indicate that approximately 250,000 undocumented immigrants crossed the United States-Mexican border without being caught by authorities within the first six months of the Biden administration. In addition, according to official reports, between 1,000 and 1,500 immigrants per day are caught as border violators and yet are absent from the official list of arrested individuals.

What explains the discrepancy between the record number of intervention measures and the approximately 4 million undocumented immigrants circulating in the country? The answer lies primarily in the administration’s “open border” immigration policy. That is, the United States Department of Homeland Security — although actively working to stop border violators — does not deport them from the country until their application for refugee status is evaluated. Democrats’ responsibility concerning this new policy is reflected in the fact that the seemingly active border protection but practically passive pro-immigration policy would have been unacceptable during the presidency of Donald Trump. Biden’s predecessor led a large-scale “Remain in Mexico” campaign in order to nip in the bud the number of immigrants waiting for the evaluation of their refugee application in the United States.

However, beyond the abovementioned figures and the recalibration of local border protection practices, the power of pro-immigration politics can be seen at the federal level. Given the current immigration situation — seemingly inexplicably — within the past few weeks, Homeland Security Secretary Alejandro Mayorkas reported directives that, similar to those in the Obama era between 2009 and 2017, broadened the list of places and institutions in the United States where, in essence, no public body has the authority to act when illegal immigration practices are discovered. That is to say, the state has established certain protective zones where the jurisdiction of law enforcement agencies that specialize in this issue is suspended.

Schools, preschools, universities, houses of prayer and certain crisis centers are now joined on this list by hospitals, recreational and meditation centers and even campaign events and demonstrations — all are now deemed safe. Of course, there is a section in the document that allows for an exception in which an undocumented immigrant can be detained in the abovementioned places but only in relation to national security, self-harm and public safety, which, in most cases, cannot be determined immediately at detainment.

The immigration figures discussed above indicate that both the sham border practices and the directive on safe zones issued by the federal government support critics’ opinions, according to which the current president is responsible for contributing to social disorder in the country. Certain commentators note that it is not impossible that, as last year’s presidential campaigns were accompanied by demonstrations and waves of looting and served the purpose of distracting attention from Biden’s weak campaign performance, the president, whose popularity is currently on a sharp downturn, might hope to profit from the chaotic situation.

Whether these comments are valid or not, one thing is certain: the Democratic president’s immigration policy has proved to be nonviable in every aspect, which, in the long run, could result in not only political but also social erosion in the United States.

The author is a senior analyst at the Century End Public Knowledge Center Foundation.