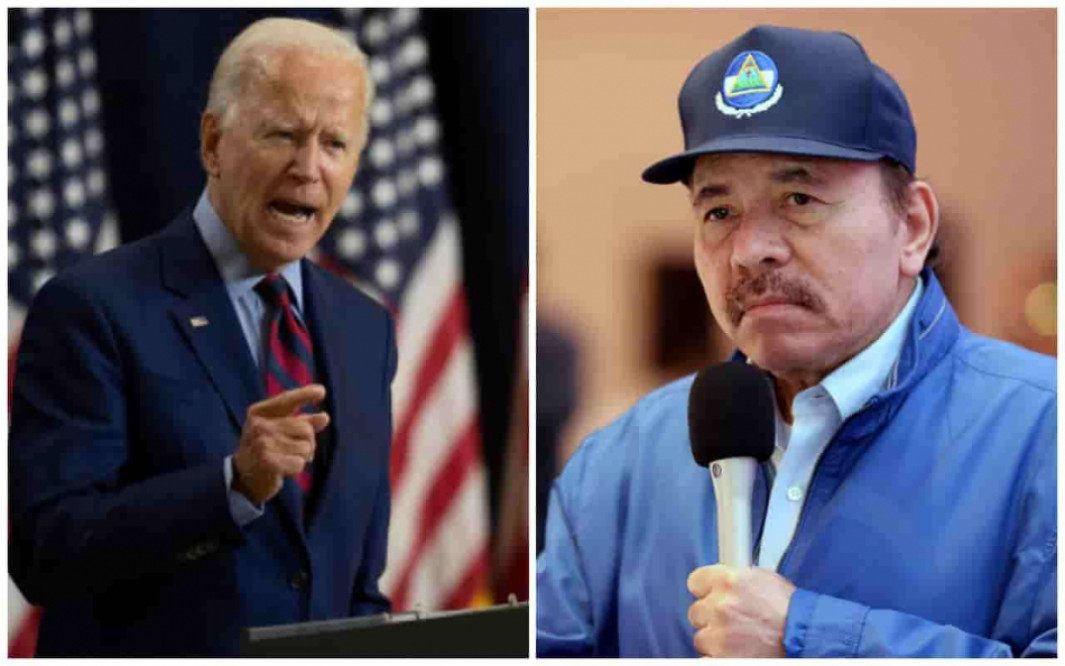 Nicaragua held an election several days ago. Daniel Ortega and the Sandinistas won. This makes several times now that this leftist president, the leader of a left-wing party, has won over the candidate of an opposition backed by the United States. That country, by the mouth of its very president, Joe Biden, assessed it negatively. They say, and I quote: “It was a farce.”*

No other representative of any other land has made a statement on the Nicaraguan election. Perhaps they congratulated the victor, but that’s where it stopped. And naturally, we don’t know why Czech Television has not conveyed such information to us. We have to be satisfied that the chief of the White House assessed it negatively. And what the American president says is still — at least for some circles in our country, as also represented by CT — above the law. We have to believe that that’s how it is, even when it’s totally otherwise. And, by the way, it almost always is totally otherwise.

Let us recall that the Sandinistas, a left-wing party that claims allegiance to liberation theory and Marxism, ruled in a country following a fratricidal war at a time when the Contras were totally subsidized by the United States. Then came peace and elections. The Sandinistas won, only to lose the election in 1990. The connection with the dissolution of the Soviet Union is clear in this case. For 16 years, a pro-American group ruled the country, only to be finally defeated in elections once again; the leader of the Sandinistas, Daniel Ortega, was elected president. He has been in charge in this country of 6.5 million in the narrow area of Central America since 2007.

The stance of the United States was to be expected. It was impossible to repeat the scenario of Venezuela there. There was no one that could be designated as opposition leader. Not in the least because, as the American side claims, he was not allowed to run, but because the popularity of American candidates in the country is extremely low. People still constantly recall the previous corrupt system supported by the U.S.

Since the time of the Monroe Doctrine, expressed by the terse slogan “America for the Americans,” the United States has never dominated the entire hemisphere. It can’t repeat “Operation Grenada,” when it simply occupied that land of 100,000 inhabitants, an island in the Caribbean, and overthrew the local left-wing government. That none of the leaders there survived doesn’t matter. If it’s in the interest of the United States, then anything is allowed.

And who will actually dare to criticize it? Recall Panama and its leaders, who tried to resist. One died under bizarre circumstances in an airplane [Gen. Omar Torrijos Herrera, who died in a crash in July 1981], and after invading the country, the North Americans transported another leader back to the U.S., charged him with drug trafficking and locked him up forever. What if, after an eventual release, Panamanians were to pick him as the candidate of the anti-American opposition? Such candidates must be removed from the path. And that has also happened.

Nicaraguans have elected the old-new president to the leadership of their country. That choice has caused lost sleep in the White House. It’s not just about Nicaragua, where people have a different opinion about the world than those in Washington. It’s about Venezuela, Bolivia, Cuba, Mexico … and they are no longer willing to bow down before the “white man” from the Oval Office.

*Editor’s note: This quote, while accurately translated, has not been able to be sourced.