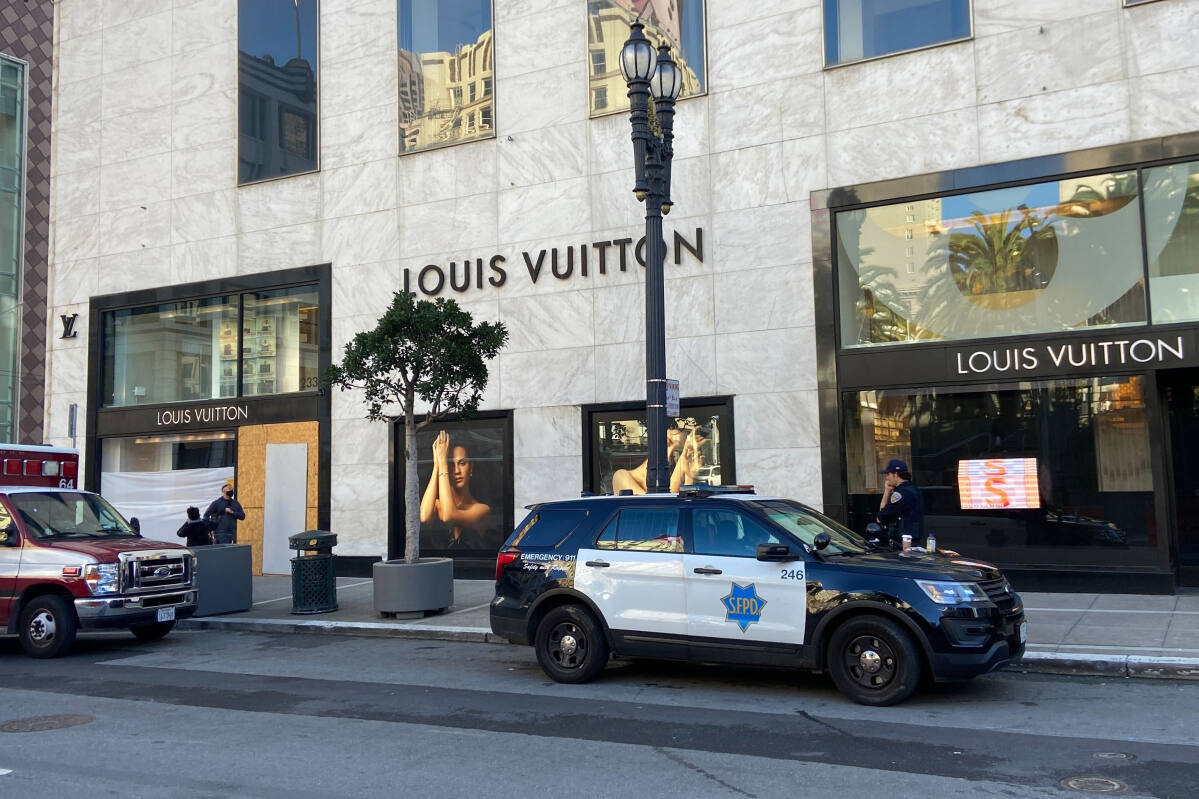 Robberies of California department stores are increasing. Criminals who recruit accomplices over social media are behind them. Does the United States need stricter laws?

California, the state with the sunny image, has recently been afflicted with a once-in-a-century drought, deadly forest fires and the pandemic. And now, as a friend from San Jose. California, complained, a wave of crime is washing over the people who live there.

The most recent example occurred in Westfield Topanga last Wednesday, Nov. 24, the evening before Thanksgiving. In a shopping center near Los Angeles, a commotion erupted as five men in ski masks suddenly stormed into the Nordstrom department store. They grabbed seven or eight luxury handbags, sprayed a security guard in the face with pepper spray, and subsequently fled with their loot in a gray Ford Mustang.

This brazen raid is all the more shocking because it is definitely not an isolated incident. On the morning of the same day, four teenagers camouflaged with hoodies and masks invaded an Apple store in Santa Rosa, California, and snatched devices worth around $20,000 from the counters before they were able to flee. For Nordstrom, it was the third store in only 10 days to be attacked this way. In one case, there were about 80 suspects involved, according to estimates by police. Witnesses filmed the perpetrators carrying handbags and clothing getting into waiting vehicles. Nine robbers proceeded with even more brutal force, when they robbed a jeweler’s store in mid-November in Concord, a city northeast of San Francisco, with a population of 125,000. The perpetrators repeatedly smashed display cases with sledgehammers until they shattered the security glass. They are reported to have taken merchandise valued up to $200,000.

And on Friday, Nov. 19, in the center of San Francisco, a scene played out that could have come from a Hollywood film. A group of about 30 perpetrators smashed the store windows of the Louis Vuitton, Yves Saint Laurent and Burberry stores in Union Square and emptied the shelves.

The drugstore chain Walgreens recently announced the rate of theft in their California stores is five times as high as in the rest of the country. Walgreens has closed California locations because the theft there has ostensibly gotten out of hand. However, this could also be due to declining sales.

However, none of this has anything to do with shoplifting anymore. The police do not assume the incidents are directly related. However, investigators presume there are masterminds behind the scenes who are contacting potential accomplices over social media and coordinating their actions. Perpetrators received $1,000 and more for their criminal participation, and stolen merchandise is transported over state lines and then sold online. Apparently, even criminals are discovering the advantages of gig work and digitalization.

However, for conservatives, the true culprits are to be found elsewhere, among the ranks of criminal justice reformers. In recent years, some politicians and attorneys have begun to address one of the biggest social problems in the United States: mass incarceration. Since the 1970s, the number of prisoners has steadily risen. Nowhere else in the world are there so many — both in absolute numbers as well as per capita. According to the Prison Policy Initiative, an organization that advocates for reform, more than 2.3 million people are imprisoned in 1,833 prisons, 110 federal prisons, 1,772 juvenile detention centers, 3,134 municipal prisons and 218 immigration detention centers, as well as military prisons, psychiatric institutions and other institutions.

Is the Crime Rate Linked to Lead in Gasoline and Water?

The causes for this include the “war on drugs” proclaimed by President Richard Nixon at the beginning of the ’70s, which attempted to control the drug problem with draconic punishment. The consequences of this failed policy have disproportionately affected Black people. If you fall into the mills of justice in this country, it is difficult to get back on the right track. For a former criminal, it is difficult to find a job or housing. This in turn leads to a high rate of recidivism.

Reformers want to break the cycle of criminalization. The initiatives meant to do so include Proposition 47 in California, which enacted a law that now classifies thefts of property valued at less than $950 as a misdemeanor, not a felony. The result is that stores are even keeping shampoo and toothpaste under lock and key like in Caracas, as ridiculed by the New York Post, a newspaper from the house of archconservative publisher Rupert Murdoch. According to the Post, criminals have discovered that, thanks to Proposition 47, there are essentially no consequences for theft.

However, this apparent explanation doesn’t really make sense. California’s voters passed Proposition 47 back in 2014. Why would it take so long for thieves to notice this supposed freedom from punishment? And there were similar attacks recently in Chicago as well.

The fact is that crime in the United States has steadily fallen since the ’90s and up until the pandemic. There are different ways to explain this trend, the most spectacular of which is surely the lead theory. The thesis goes something like this: Lead is a neurotoxin, to which children were mainly exposed in big cities for decades. High lead exposure can trigger developmental disorders in adolescents, such as lower intelligence and a lack of self-control. When authorities began to ban the heavy metal from gasoline, water pipes and wall paint, the crime rate also began to slowly sink. However, this theory has since been challenged by criminologists.

Sociologist Patrick Sharkey, a researcher at Princeton University, has an essentially more complex and more challenging explanation. He asserts that repression through law enforcement and mass incarceration has absolutely had the effect of keeping crime low. However, these measures have inevitably led to a backlash, and to an increase in violence. The pandemic and the murder of George Floyd by a police officer last summer, which led to massive protests, mark this turning point, he believes. In fact, not only have mob attacks like those in California reached extremes, the number of murders also rose by around 30% in 2020.

The FBI has never recorded an annual increase like this. There is no question this is intolerable. However, the search for law and order solutions poses the risk of falling back into the old model. For too long, Black people in particular have paid too high a price for it.