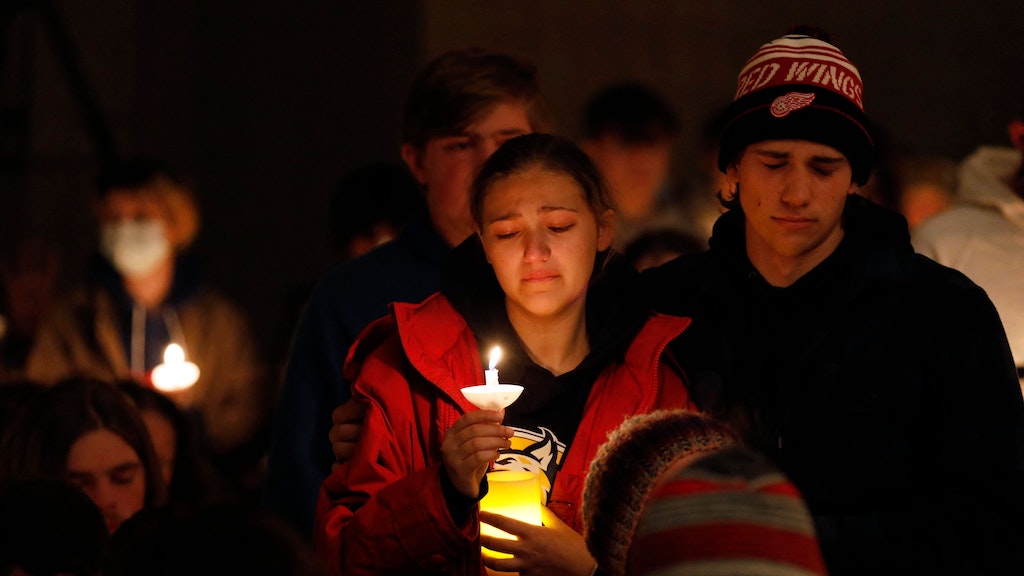 The United States simply cannot get gun violence under control. Now there has been another deadly shooting at a high school.

The alleged perpetrator is 15 years old. He allegedly killed three students at his high school in Michigan. Another eight people were injured. Videos of the crime scene have been broadcast on CNN. You can see barricaded classrooms, a bullet hole in a door and the school building surrounded by police officers. These pictures are all too familiar. Just as familiar are the typical reactions after these shootings: Condolences are expressed by politicians of the highest ranks and demands are made for stricter gun laws.

However, the U.S. simply does not have this problem under control. In this year alone, there have already been 28 shootings with injuries or deaths at U.S. schools. The death toll in Michigan sadly sets a new record. Two girls, ages 14 and 17, will never come back home. The parents of a 16-year-old boy are also grieving. The gun that was used to kill the teenagers had been legally acquired by the shooter’s father only a few days earlier.

What happened after the rampage at Columbine High School in 1999, in which 13 people were killed? At that time, there was more than enough criticism of the deficient gun control laws in the country, which enable underage offenders to get hold of firearms without difficulty. Nationwide, more than 800 bills that aimed to tighten gun control laws were proposed — but only 10% were successful. On a federal level, all the bills failed in Congress.

As a rule, these failures are strongly linked to the Republicans and the powerful gun lobby. However, even Democratic President Joe Biden, who called for stricter gun laws during his election campaign, has yet to produce concrete results.