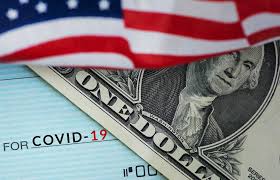 Not long ago, I visited a vaccination center run by New York City to get my teenage child vaccinated for COVID-19. As soon as I entered the renovated warehouse, a guide approached me at the door and asked if I had made a reservation. After that, several other staff members came to monitor the child for each step, such as registration, questionnaires, administering the vaccine, observing for adverse reactions and issuing the vaccine certificate. I wondered if they needed this many employees here. The vaccination was free of charge, and they even gave me about $100 worth of prepaid gift cards as an incentive.

Where does the tremendous cost of labor and operating the vaccination center come from? The answer lies in the $1.9 trillion fiscal expenditure pushed by the Biden administration shortly after the president took office. With this huge amount of money, which is nearly four times South Korea’s annual budget, the U.S. government distributed various kinds of stimulus checks to its citizens including the unemployed, and funded local governments’ vaccine supply budgets. The intention was to escape the looming economic downturn by increasing government spending, and to boost aggregate demand by the Federal Reserve’s quantitative easing.

The fiscal expenditure, named the “American Rescue Plan,” has been ironically criticized for dragging the U.S. into a deeper crisis. Critics argue it has drastically increased the money supply in only a short amount of time, triggering the recent inflation that weighed down the U.S. economy. Prices rose as demand soared due to the Treasury’s distribution of dollars, and those who were given extra money stopped working as they no longer needed to worry about earning a living. This led to disruptions in business production, causing prices to grow even higher. This implies that the inflation, labor shortages and supply turmoil appearing in the economic headlines are all tied together in a vicious cycle.

Assets increased significantly as large amounts of money flowed into investment markets such as real estate and stocks. The biggest reason why Joe Biden’s approval rating has fallen to the lowest level since his inauguration lies in the reversal of public sentiment due to these economic difficulties. The Biden administration’s denial of trickle-down economics and emphasis on “bottom-up growth” has resulted in increased consumer prices and has hurt the lives of low income families. The Biden administration is claiming that the current trend is a temporary effect of restarting the economy, but Larry Summers, who served as treasury secretary during the Clinton administration, disagrees. In a column for The Washington Post, he warned that the administration’s astronomical fiscal expenditure is going to overheat the economy and expressed concern that inflation may not be a “transitory” phenomenon.

If any other country increased its money supply as much as the U.S., the value of its currency would have dropped and investors would have fled abroad. Such things didn’t happen in the U.S. because the U.S. dollar is recognized as a key currency around the world. In fact, ordinary Americans are not very interested in subjects like budget deficits or the national debt. Despite the unprecedented economic crisis that is exacerbated by delays in reaching bipartisan agreement in Congress, it is hard to find anyone pondering the possibility of an actual economic collapse. But things are different in South Korea. Many candidates have pledged to distribute cash as part of their campaign in the upcoming South Korean presidential election. However, without ample key currencies or overseas assets in store, there is no guarantee that the South Korean economy will be able to handle the aftermath. The old adage, “There is no such thing as a free lunch,” still holds true in modern economics. As shown by recent events, even the “dollar empire” of the U.S. does not seem to be an exception.