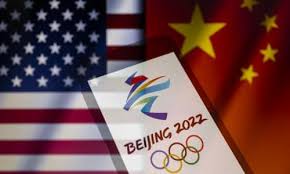 The Chinese foreign affairs spokesman has warned that “The U.S. should be clear about the consequences of its wrong moves.”

The Chinese government reacted furiously on Tuesday to Washington’s announcement of a diplomatic boycott of the Winter Olympics, which will begin in February in Beijing. The day before, the government had promised “resolute countermeasures” if the boycott was implemented, and has now said that the United States “will pay a price” for that decision.

Even so, the diplomatic boycott to the Olympic Games, does not mean much at a practical or sports level: American athletes will attend the event. Nor did it matter that Beijing refrained from inviting top U.S. officials to the competition, as it had threatened to do last week.

The decision was announced by the White House on Monday in response to China’s oppression of the Uighur minority in Xinjiang and in response to Hong Kong’s actions. It is intended as a slap — soft, but a slap — to the rival country´s face. And the Xi Jinping government, which aspires to use the sporting event in February to show the world how its country has risen, has taken it as such.

In his daily press conference, Chinese Minister of Foreign Affairs Zhao Lijian has stated that Washington’s political agenda which presents the boycott as a punishment and its effort to damage the games is “doomed to fail.” The United States itself, whom the spokesman accused of having violated sports neutrality, will be the one that pays a price in the end.

Zhao has reiterated the warning that he himself announced the day before, also at a press conference, about retaliatory measures by China. However, he has not specified what they will be, or when they will be announced. For the moment, the Chinese government has presented a formal diplomatic complaint about the boycott, as announced by a representative of the “Wolf Warriors,” Chinese diplomats who are especially aggressive when it comes to verbally defending the interests of their country.

Zhao added on Tuesday, “Based on its ideological biases as well as lies and rumors, the U.S. attempts to interfere with the Beijing Winter Olympics, which will only expose its malicious intention and lead to greater loss of moral authority and credibility.” The spokesman called the U.S. complaints about the situation in Xinjiang the “the biggest lie of the century.”

The Global Times, a nationalist newspaper owned by the Communist Party of China, has been even more eloquent.

In the context of both countries having exchanged accusations and mutual suspicions about the origin of the COVID-19 pandemic, the newspaper published on its Twitter account, a social network that is censored in China, “To be honest, the Chinese are relieved to hear the news, because the fewer U.S. officials come, the fewer viruses will be brought in.”

About Sergio Ferreras 36 Articles
Hi! My name is Sergio and I come from Spain. I am new here, but eager to start contributing and learning from the great people at Watching America!