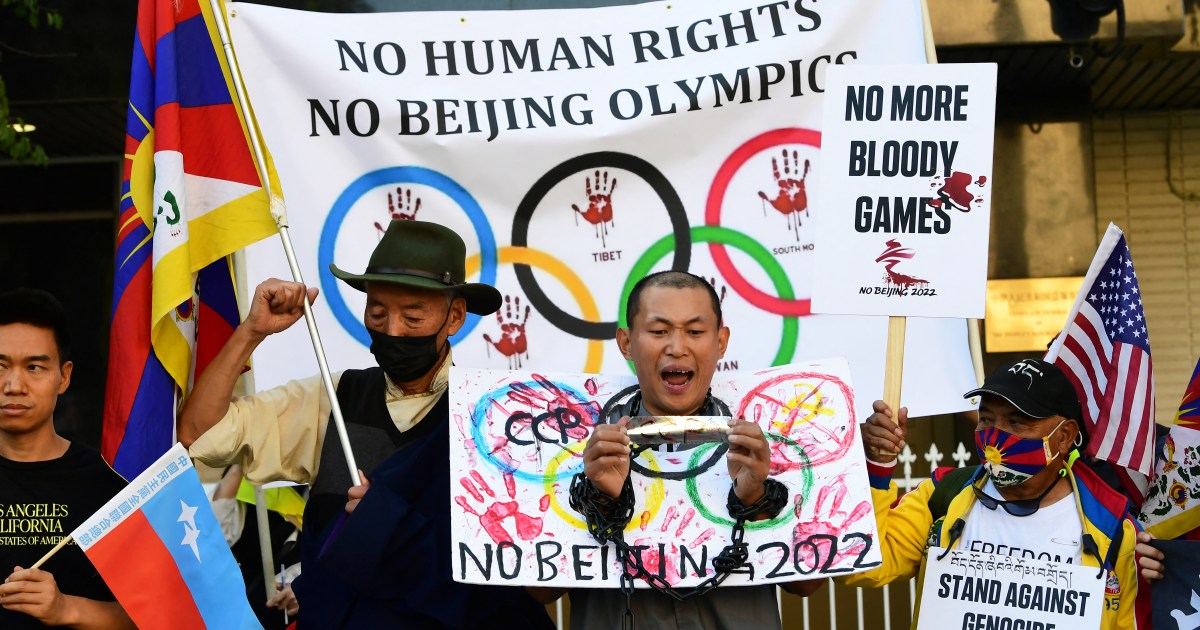 The Chinese don’t have any luck with the Olympics. The last time China held the Summer Games, on the magic date of Aug. 8, 2008, Georgia, sicced on by Washington, attacked South Ossetia. The Georgian soldiers were immediately hit hard; the Russian peace enforcement operation was carried out powerfully and clearly. The tanks stopped and turned around near Tbilisi, after Georgia’s surrender.

Until now, I thought that it was possible — not to stop, but to just go in and stand there for a while, to not touch anyone. Perhaps eliminate the disgraceful Russophobic “Museum of Soviet Occupation,” in which heroic Georgian soldiers who gave their lives in the fight against fascism during the Great Patriotic War are known as as “victims of the communist regime.”

However, the anti-Chinese goals of the Washington “blitzkrieg” were achieved. At a time when large-scale colorful events dedicated to the opening of the Olympics were taking place in Beijing, news agencies and TV channels around the world were drawn to the events in Tskhinvali. And so the efforts of China to create a positive image in the global information space were wasted.

And now history repeats itself: Again there is the mystical date of Feb. 2, 2022 (the original day that the Olympics Opening Ceremony would take place; now the date is April 2, 2022), and Washington is again preparing a provocation. This time, Ukraine will play the role of Georgia, which the United States is urging to create a “winter blitzkrieg” in Donbass. The result of the provocation is unknown, but it is not important for Washington. In the present situation, Ukraine is just a substitute clown. The main target is China. To annoy China. To create a negative backdrop for the Olympics and divert attention from the opening of the Winter Games in Beijing.

The United States also announced a boycott of the Olympics. But it is a strange, “diplomatic” one. American athletes will still go to the competition and perform, everything will be broadcast and the Americans will root for their own. So where exactly is the boycott expressed? The administration of U.S. President Joe Biden will not send any diplomatic or official representatives to the 2022 Olympics in China. The United States has cryptically stated that its allies and partners in NATO and its other alliances can make their own decisions about whether to participate or not. However, it appears that this half-hearted “boycott” will be copied in other countries, minions of the White House. For example, we are still waiting for a similar statement from Estonia.

The official reason for this boycott is that it represents a protest against the massive repression that the Chinese authorities are allegedly carrying out in the Xinjiang Uighur Autonomous Region. There is a problem in that region: It consists of the forced assimilation of the population. In that region there are Uighurs who are not at all related to the Han Chinese; in addition, there are Muslims.

Once, this region came close to becoming a republic of the USSR. It’s a pity that it didn’t because it would be better for everyone. But what happened, happened. I repeat: There is a problem there. However, it is unlikely that Americans are that concerned about the fate of the Uighurs. More than anything it provides a reason, a bargaining chip for them.

The Chinese Foreign Ministry has made a harsh statement concerning the unfriendly decisions of the U.S. administration. This step will not be without consequences. America’s effort to push China is futile; Donald Trump attempted and failed. His opponent, Biden, is now doing the same, but he, too, will end up in an embarrassing deadlock.

It’s just that the world has changed. That America, the hegemon and the world superpower, simply no longer exists. And there is no weak, dependent, semi-undeveloped China. Now there is a China that is, itself, both a hegemon and a superpower. Pulling a dragon’s whiskers is a dangerous game.

Our two-time Olympic champion, Vyacheslav Fetisov, says that this is an absolutely ridiculous boycott. So the official will not get a free business trip and attend the Olympics. He will not get to enjoy the spectacle or have any adventures at the [national] budget’s expense. Who is worse off? [Washington] is punishing itself. It won’t hurt the Olympics at all. And many others, too, are amused by Washington’s menacing shouts. Even better that the position of the White House is voiced by Jen Psaki, a famous stand-up comedian.

But none of this is funny. Again and again sports are used for political purposes, as a means of pressure and blackmail. Sports have been made a part of politics. This isn’t good for either sports or politics. You can’t combine them. And it is even sadder that sports are associated with war. In ancient Greece, wars stopped during the Olympics. The Olympics were a symbol of peace. And now it’s come to the point that the initiation of military aggression is planned for the opening date of the Olympic Games. It’s disgusting.

It will end up with China and other countries outside of the pro-American alliances moving away from the Olympics and holding their own large-scale sports games. For example, in Greater Eurasia, there will be the Eurasiada games. Some people will simply not be invited to these competitions so that they do not arrange any provocations and spoil the atmosphere.