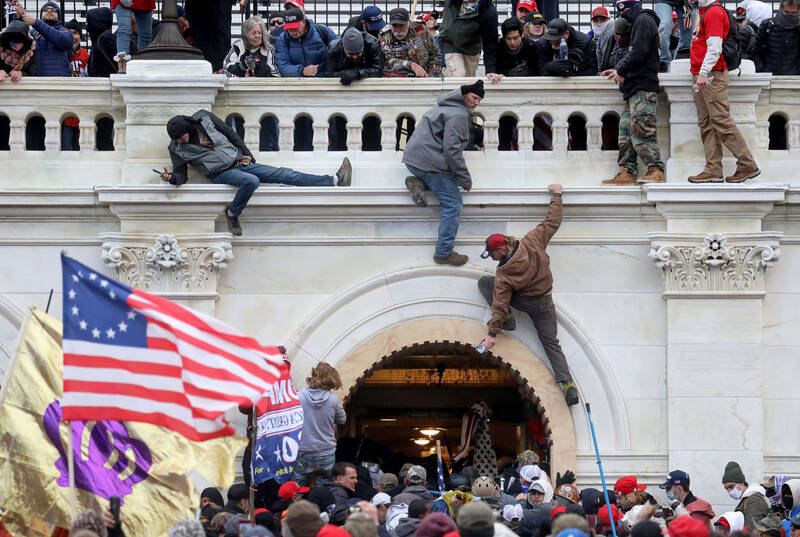 If Donald Trump takes the oath of office on Jan. 6, 2025, elected or not, would today’s divided America be able to stop him?

A year ago, the president of the United States of America called on his supporters to “march over to the Capitol” in order to stop the certification of the electoral vote and “save the country that they love before it disappears.” The democratic world saw, at first more disbelieving than frightened, a horde of thugs breaking down the doors of Congress in an astonishing attack that resulted in five deaths and dozens of injuries. That was, we thought, the last incident of its kind, the swan song of an anti-democratic president headed for the dustbin of history, if not prison. It was nothing of the sort. The attack of Jan. 6, 2021, on the Capitol was actually a learning opportunity. Yes, it failed, but it proved instructive. Its true actors — its backers, not those poor fools who were quickly arrested — have all the operational answers they were missing before.

What would happen if, on Monday, Jan. 6, 2025, Donald Trump took the oath of office, elected or not? Which democratic forces would stop him? Do they still exist in a divided America that is experiencing another Civil War in slow motion? The results of our inquiry are concerning, to say the least.* The infiltration of the U.S. Army is just one of the many anti-democratic tactics at work. Add to that the massive financing of extreme right-leaning militants, laws that make it possible to overturn election results in key states, and, of course, the tsunami of fake news alleging that Joe Biden stole the presidency. One is reminded of what Alexis de Tocqueville wrote: “A false idea, but one clear and precise, will always have more power in the world than a true, but complex, idea.” The book was called “Democracy in America” and yesterday as well as today it is a call to open our eyes.

*Editor’s note: The inquiry by La Liberation is available through a link in the original article, and may require a paid subscription to access.