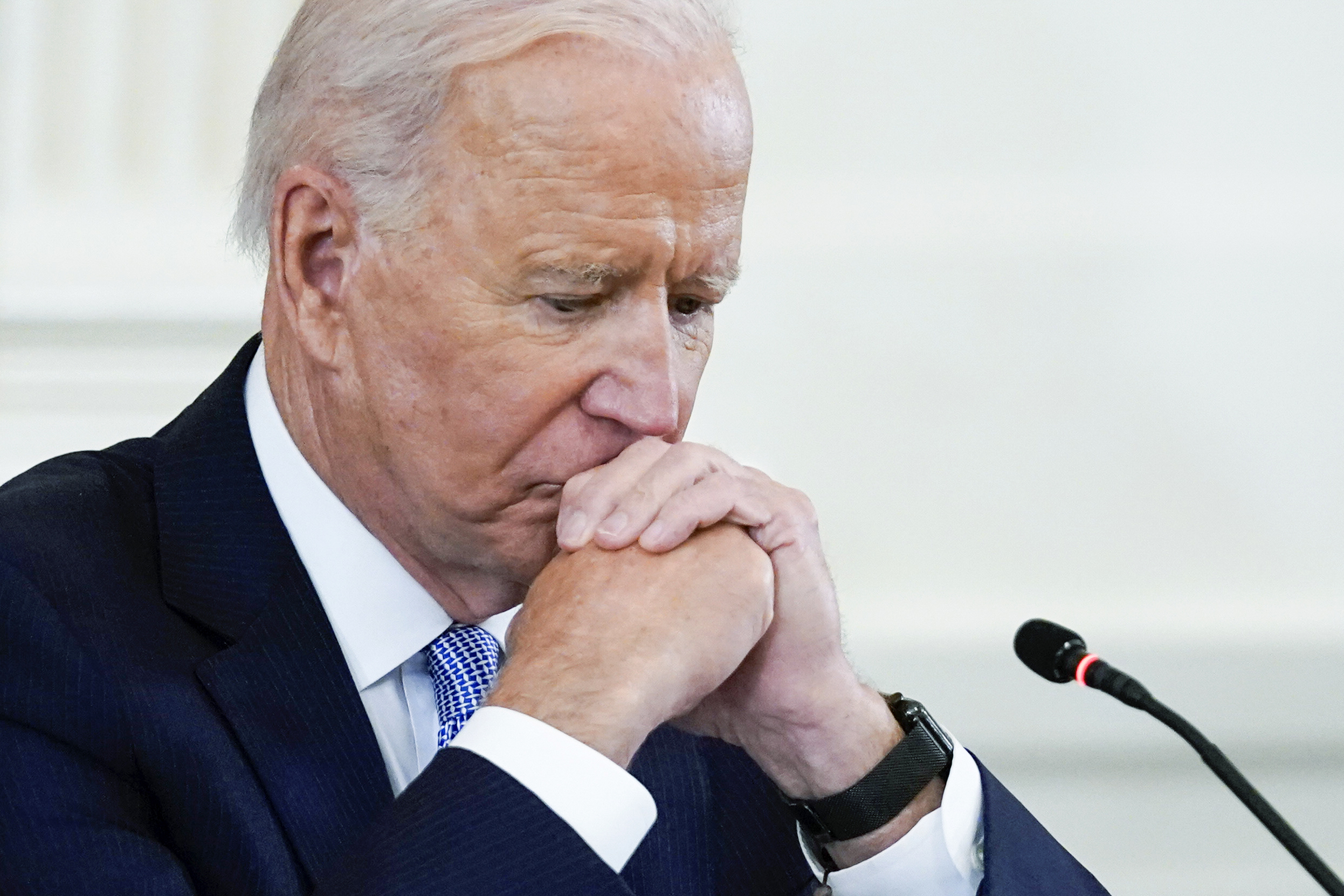 The president’s main priorities have been delayed or simply destroyed in Congress; the Democrats have small majorities

At the start of his second year in office, President Joe Biden finds himself overwhelmed and in a downward spiral that worries Americans.

The most recent polls have been brutal, with an approval rating as low as 33% in a Quinnipiac University poll. Even worse, there is an impression that he promised more than he could accomplish and in fact, half the people questioned in a new CBS News poll published yesterday (Jan. 16), said that they were “frustrated” and “disappointed” with Biden’s presidency, which began Jan. 20, 2021.

From political and legal challenges to his proposals defending the vote, or infrastructure construction and support for assistance programs, to the mandatory use of masks and vaccination against COVID-19, to his troubled withdrawal from Afghanistan and his problems with controlling the migration crisis on the Mexican border, Biden’s main priorities have been delayed or simply destroyed in Congress — where the Democrats have small majorities — as well as in the Supreme Court.

The situation reflects the enormous political division between Americans, as well as Biden’s problems, as the president seems to disagree with Republicans, moderate Democrats and liberal Democrats, all at the same time. Additionally, he has problems with voting blocs of people of color, including African Americans and Latinos.

Biden’s situation gets even worse because in November of this year there will be congressional elections, and it is believed that the most likely result will be that the Democrats lose their slender majority in the lower chamber and maybe even in the Senate.

All this translates to both a sense of political weakness and problems for the president and what should be his main support, the Democratic coalition.

But Biden doesn’t seem capable of pleasing everyone: The party’s left wing is getting more and more irritated, and so are Black activists, by the Biden administration’s perceived indifference to protecting the right to vote.

In response, Biden gave a strong speech last week to highlight the importance of voters’ rights, but some moderates believe that his rhetoric may have gone too far by directly comparing Republicans with the slaveholders who caused the American Civil War (1861-1865).

To complicate things even more, U.S. competitors and rivals in international politics seem determined to see how far they can go to challenge him, be it in the threat of the Russian invasion of Ukraine or in all kinds of friction with China. And if they add economic problems to all of this, demonstrated in the highest rate of inflation since the early 1980s, Biden’s outlook is not good.

And even worse are the comparisons with Jimmy Carter, [president from] 1976 to 1980, who is much more popular as a former president than as a leader.