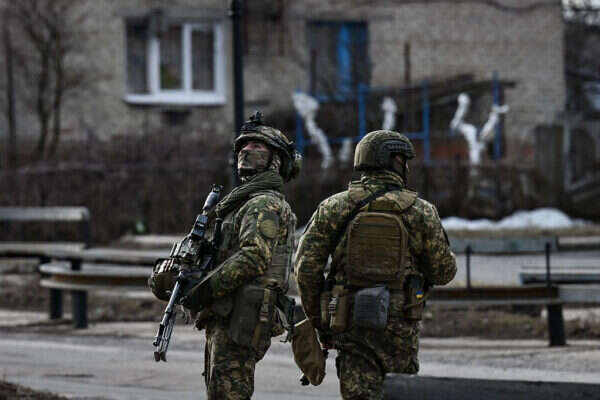 The sanctions that Joe Biden announced are partial and limited, and light years away from imposing a comprehensive boycott that would do critical damage to Russia’s economic system; therefore, it is highly doubtful these sanctions will bear fruit.

Only 13 months after taking office as the 46th president of the United States, Joe Biden today faces the most challenging and fateful moment of his presidency. This is the moment likely to shape, to a great extent, the character and stability of the entire international system in the wake of Russian President Vladimir Putin’s challenge to the basic order in Eastern Europe in general, and in Ukraine, specifically.

One fact is clearly emerging right now, although it is still not certain what steps the Russian dictator will take following his military invasion of Donetsk.* There is no question the White House completely failed in its efforts to deter the Kremlin from shattering the status quo in eastern Ukraine and did not prevent Putin from turning Donetsk (together with Luhansk province) into an “independent” entity under the Kremlin’s auspices.

Undoubtedly, the weakness and negligence the White House has shown in the wake of its frantic retreat from Afghanistan, its one-sided concessions to Iran in negotiations in Vienna, its decision to disengage from areas of friction and conflict, and to completely shelve using the military as a foreign policy tool, gave Moscow its desired window of opportunity to fulfill a historical dream and to regain its status as a power with legitimate interests, at least in part of eastern and central Europe, as it did in 1945.

Just as the collapse of the dream of democracy in Iraq – something which George W. Bush sought to fulfill by military means in 2003 – encouraged Russia to invade Georgia in 2008 and rip from it the “rebellious” provinces of Ossetia and Abkhazia, so also a decision was made to annex the peninsula of Crimea in 2014 and, following this, to start a creeping expansion into eastern Ukraine. This occurred after a perception that President Barack Obama’s leadership was weak and unreliable, particularly in his response to Syria.

Therefore, it is not surprising that the Biden administration’s flight from Afghanistan created another catalyst for Putin, convincing him that the American superpower had become a paper tiger, and dealing another fatal blow to the Biden administration’s agenda, this time with respect to how capable the government was in Kyiv. It is possible that the United States will show restraint with respect to the forceful defeat of the Ukrainian regime and its transformation into a subservient satellite state ruled by “big brother” in Moscow.

This is a tangible precedent meant to terrorize other players in the region and deter them from linking their fate to the West. Given this repeated pattern in which countries exploit the weakness of the American hegemon in order to gradually undermine the international order that followed the 1991 collapse of the Soviet Union, Biden now faces a moment of truth.

Therefore, if it is enough to impose limited economic sanctions, which have already been placed on separatist provinces, then this tells Putin the path is clear, and that he has a green light to swallow up all of Ukraine. This path will soon lead Moscow to assert control by recapturing former Soviet assets. In contrast, there is a chance to stop the deteriorating situation if the American president succeeds in getting consensus from the main members of NATO (some of whom are still uncertain about the appropriate response to Russia) regarding massive and painful economic punishment, including cutting Russia off from international banking and finance systems, freezing the new Nord Stream 2 gas initiative (with the explicit support announced yesterday by German Chancellor Olaf Sholz), and banning its production of advanced technology.

Embedded images do not disappear overnight and, therefore, the White House mission is to demonstrate reliable engagement and courageous leadership, which is difficult but still possible before Ukraine’s fate is determined along with the entire international order and the fate of the current American presidency.

In light of President Biden’s pallid speech last night to the American people, the mission facing him is growing even more difficult with the announcement of partial and limited sanctions, which are light years away from inflicting any comprehensive and critical damage to Russia’s spasmodic finance and banking system and, which, therefore, are quite unlikely to bear fruit.

*Editor’s Note: Rapidly changing circumstances occurring after this article was originally published may render some of its content moot, but the editors feel the perspective contained herein remains relevant.