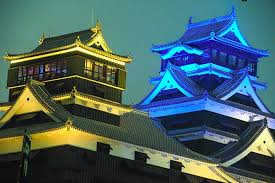 We cannot tolerate the atrocity of taking so many lives and trampling on regional peace and the international order on the selfish basis of putting one’s own country first. We have expressed unwavering intolerance for Russia’s selfish actions. A week has passed since Russia invaded Ukraine, and the number of civilian and soldier casualties has skyrocketed. The damage is growing day by day along with the destruction of major infrastructure.

The international community must unify further to stop Russia’s continued use of force.

On March 1, President Joe Biden delivered his first State of the Union Address since taking office. Calling out Russian President Vladimir Putin for invading Ukraine, he stressed that “when dictators do not pay a price for their aggression they cause more chaos.”

Biden described the Ukrainian crisis as “the battle between democracy and autocracy,” and expressed his determination to build an international coalition to put pressure on Russia.

While it is customary for the majority of the State of the Union address to focus on domestic affairs and the economy, Biden devoted much of his time to the Ukraine issue from the outset.

Biden sees himself as a standard bearer for freedom and democracy. The world must have been watching to see what he would say on the Ukraine issue, and naturally, he put a great deal of effort into his remarks.

Even before Russia invaded Ukraine, Biden warned of an imminent crisis, and after the invasion, he imposed a number of economic sanctions. You could say he has reiterated his position against Russia in his call for the international community to join together.

Russia has not yet changed its hard-line approach. In order to support Ukraine and encourage an immediate cease-fire, it is essential for the U.S. to exercise its leadership and strengthen the alliance.

Meanwhile, in an emergency special session regarding Russia’s invasion of Ukraine on March 2, the U.N. General Assembly voted to condemn Russia and called for its immediate and unconditional withdrawal from Ukraine.

Japan co-sponsored the resolution. Of the 193 General Assembly member countries, 141 voted in favor, highlighting the significant isolation of Russia by the international community.

Although the General Assembly’s resolution is not legally binding, Russia, as a permanent member of the U.N. Security Council, should take the consensus of the international community seriously and promptly comply with the resolution.

The U.N. also needs to be persistent in calling on Russia to agree to a cease-fire.

In addition to Russia, Belarus and North Korea opposed the resolution, while China and India abstained.

We need to be careful about the how close Russia and China are, as they build their hegemony. There are fears that this could affect the emergency situation in Taiwan and developments in North Korea.

Prime Minister Fumio Kishida has sharply criticized Russia and, along with the U.S. and Europe, has strengthened economic sanctions, including suspending transactions with Russia’s central bank.

Japan is considering further sanctions, and it should work together with other countries in pursuing an effective response.

The prime minister has announced that Japan will accept refugees in response to the flight of Ukrainians from their country in the face of Russian aggression. The government will need to prepare itself and focus on humanitarian assistance as soon as possible.