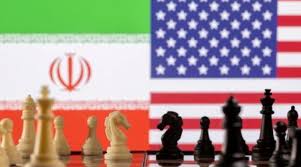 “The status quo where we stand has done nothing to make us safer in any regard.” That was White House press secretary Jen Psaki during a press briefing responding to a question about whether President Joe Biden intends to remove the Islamic Revolutionary Guard Corps from the U.S. list of foreign terrorist organizations.

Psaki said that a decision to delist the IRGC had not been made, but then she followed up with the grave statement that led off this article. The U.S. official’s language was clear and unambiguous: its intent was to trivialize the IRGC terrorist designation as superficial and technical jargon. Yet the rulers in Tehran have issued a crucial and fundamental demand that the U.S delist the IRGC and even support it, and we all know that Iran’s Khomeini-styled state is essentially an IRGC-led state.

Kamal Kharazi, an adviser to Iranian Supreme Leader Ali Khamenei, said at the Doha Forum that the nuclear agreement is imminent but that it hinges on Washington removing the IRGC from the U.S. list of foreign terrorist organizations because, according to Kharazi, “the IRGC is a national army and a national army being listed as a terrorist group certainly is not acceptable.” Prior to Kharazi’s remarks, Iranian Foreign Minister Amir Abdollahian confirmed that delisting the IRGC is among the few issues hindering a final agreement.

U.S. Special Envoy for Iran Robert Malley, who was dubious, asserted, “We haven’t decided to delist the IRGC as a foreign terrorist organization.” What Malley implicitly meant is that the United States will delist the IRGC once the Iranian negotiators show leniency in certain matters. What might these matters involve, then? Might they involve, for example, ending the IRGC’s terrorist activities in Arab countries or preventing the IRGC from funding, training and arming the terrorist Houthi militias in Yemen?!

We don’t understand how the Biden administration, with its poor grasp of strategy, thinks about the Middle East region and means to ensure Middle Eastern security. Israel is Washington’s closest ally in the Middle East, but a few days ago, Israeli Prime Minister Naftali Bennett warned about the cost of normalizing and legitimizing the IRGC during a joint news conference with Secretary of State Antony Blinken.

Oddly enough, Blinken reiterated during that same conference that Tehran, that is to say, the IRGC, was responsible for the Houthi-led attacks targeting oil facilities, power plants, water desalination facilities and civilian residential areas in Saudi Arabia and the United Arab Emirates.

According to Blinken, these grave crimes committed against the global economy, not just against Saudi Arabia, are the work of Tehran, that is to say, the IRGC. So, will the U.S. administration reward the IRGC by removing it from its list of terrorist organizations just like it previously removed the Houthi gang in Yemen from the terrorist list? Are the policies of this administration guided by the principles of good statesmanship and sober strategic thinking or are they merely driven by a sense of vindictiveness toward the administration’s nemesis, Donald Trump?

As the White House press secretary said, the terrorist designation, or lack thereof, won’t change the IRGC’s activities, but making the designation is still a legal, political and, above all, moral position. Otherwise, and by the same logic, Washington should also delist al-Qaida as a terrorist group, given that al-Qaida will continue operating regardless of any label Washington gives it!