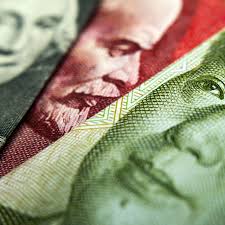 Political analyst Alexander Vedrussov on the topic of when the world could shake off the U.S. dollar in international transactions.

In the nearly 80 years that the U.S. dollar has dominated the global economy, everyone has grown so used to its privileged status in international trade that it’s hard to imagine things being done in a different way. By accumulating about two-thirds of the planet’s gold reserves as a result of World War II and creating the Bretton Woods system of monetary management on this basis, the U.S. ensured its military-financial hegemony in the capitalist part of the world for many years to come.

Until 1991, Washington still had to compete with Moscow for its global influence, while Moscow still kept a substantial part of the global economy, which didn’t function by U.S. rules, in its orbit. However, at the sunset of the 20th century, the U.S. managed to draw almost everything that was left after the USSR and the Eastern Bloc collapsed into the capitalist system.

The fact that the U.S. dollar today controls about four-fifths of all currency operations in the world seemed natural until recently. But after their victory in the Cold War, the Americans got too comfortable and made a range of mistakes, for which the dollar has to pay with its status as the main reserve currency of the world.

Essentially, for the last several years the U.S., with strange persistence, committed to “slicing up” the global trade and financial system that was its “golden goose.” This slicing began with a sanction fever against Russia during the last three White House administrations and finished with a tariff war against Europe and China during Donald Trump’s term. Too many of the U.S. establishment’s actions are apparently antagonistic to the “norms” of the World Trade Organization.

However, the broad “Washington consensus” was established for many years on the basis of WTO principles, recognized by almost the entire world. It got to the point that Communist China became the main public defender of the global economic rules proclaimed by the capitalist West at the peak of its world hegemony. Meanwhile, the U.S., with determination better suited for something else, continues to apply unending sanctions and tariffs on its own market standards.

The West’s frantic efforts to exclude Russia from all the world’s trade networks, to “nullify” it with discriminatory measures, are beginning to bring unpleasant consequences to the global dollar system. It appears that one can’t simply “cancel” the sixth largest economy in the world. Not only will that economy begin to forcefully remove the U.S. dollar from its system; it will also, as they say, demonstrate a workable example for other sovereign states, or states that strive for sovereignty.

Before you know it, even the countries that until recently seemed like obvious U.S. clientele will begin, step by step, to abandon the Western currencies that have “compromised themselves” in international transactions.

Imagine what will happen if Riyadh puts its intentions to sell its oil to Beijing for yuan into practice? And if afterward, other Middle Eastern countries follow the example of Saudi Arabia? This is quite a realistic scenario — an apocalyptic one for the U.S. dollar.

What if Russia and India agree to restructure their trade to use national currencies? The level of the relationship and historical trust between Moscow and New Delhi allow such a relatively simple operation to be performed in no time. The only hurdle to overcome is providing compatibility (on the technical level) between the Russian SWIFT substitute (the System for Transfer of Financial Messages, or SPFS) and the Indian banking system, then performing the same for the Iranian SEPAM.

By the way, fruitful preparatory work to “adjust” the Russian financial architecture to the banking systems of friendly states in Eurasia has been performed at least since the end of 2018. In 2021, Russia and China successfully tested the possibility of complete interaction between SPFS and the Chinese national Cross-Border Interbank Payment System.

As such, certain infrastructure for the post-dollar world economy has already been established and is lying in wait to reach its “productive capacity.” It could be used for trading with the unfriendly, yet still solvent Western countries that are still considering Russia’s polite request to purchase its piped gas for Russian rubles, or for an emergency reorientation of the raw material pipeline from the European market to a much less explored Asian one. Or we could concentrate it within the Eurasian Economic Union space, with a package of measures to stimulate domestic demand and encourage maximal processing of raw materials within our country.

Reorientation of the Russian financial-economic system as listed above will most likely become relevant in the coming years.

For three decades, we functioned as a part of a global U.S. dollar model of world order. It’s currently unclear how long this model’s collapse will drag on, and how painfully this inevitable process will play out for different regions and countries of the world. However, it’s obvious that we shouldn’t expect it to be a cake walk. Long and toilsome work in a stressful environment is ahead of us, and it will demand sufficient elements of strategic planning in our economy. It will also require us to redefine the concept of a truly social state, as well as to assume an overall unconventional, post-Western style of thinking and approach to solving the backlog of global and domestic problems.

About Artem Belov 24 Articles
Artem Belov is a TESOL-certified English teacher and a freelance translator (Russian>English and English>Russian), currently residing in Russia. He is working on a number of projects, including game localization. You can reach him at belov.g.artem@gmail.com