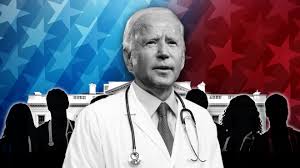 The positions on decisions about masks show that ongoing failure is a choice, not destiny.

An opinion poll released this Wednesday shows that 56% of Americans are in favor of wearing masks on any form of public transportation. Given the predictable politicization of public health, support for this item of protection is three times greater among those who identify as Democrats than as Republicans.

On Monday, an inexperienced and unqualified federal judge (appointed, of course, by Donald Trump) overturned the mandatory use of masks on airplanes and other means of transportation as recommended by the Biden administration. Within hours, the mask mandate was generally lifted. The Centers for Disease Control and Prevention announced they would appeal the decision.

Major airline companies announced they would no longer require masks on board their airplanes. States and municipalities have the authority to regulate public health on local transportation. New York is not going to abide by the stupidity of Judge Kathryn Kimball Mizelle, but confusion is already settling within the tri-state area of New York, New Jersey and Connecticut, which operates interconnected rail systems used daily by more than 10 million passengers.

This January and February were among the five most lethal months of the pandemic in the United States. COVID-19 is the third main cause of death in the country today, and six months ago, the number of daily deaths passed 1,000 per day.

In the context of inexplicable normalization of sickness and death, Joe Biden, this week, fired off the following nonsense that the use of a mask is an individual decision.

I’m not here to question the president’s cognitive acuity, but how can an infectious illness which has already killed close to a million Americans be overcome without collective health measures? This form of individualism so associated with the U.S. culture, but also endemic in Brazil since the beginning of quarantine, offers acceptance of something as immoral as it is cruel.

In the United States alone, 7 million residents are in a group whose comorbidities make them especially vulnerable to such an individual decision. There are adults and the elderly who will have to better calculate the risk of engaging in such routines as buying food or going to the bank. On top of this, there are adults whose living may depend on working on site, and many businesses are taking advantage of the lack of official agreement on this real health emergency to limit the options of working remotely.

Vaccination coverage in the U.S. continues to vary state by state, with areas dominated electorally by Republicans reporting adult immunization rates as low as 51%.

The supposed fatalism displayed by the rejection of simple measures such as the use of masks is a sign of privilege, as deaths of people belonging to racial minorities, the elderly and those with low incomes are already more numerous. This is nothing new. It is the same complacent attitude we see with the ever-surprising annual number of victims of mass shootings.

The abdication that Biden showed in his comment about individual choice, beyond suggesting concern with an election promise not to interfere in the fight against the pandemic, is based on an absurd dichotomy. Living with COVID-19 is not a choice between punishing the population with severe restrictions and nihilistic abandonment in relation to evolution of the virus.

There are local measures that governments could activate and deactivate according to the rate of infection. The U.S. started 2020 as the country that was most prepared to combat the virus. The ongoing failure is a choice, not destiny.

*Editor’s note: The original Portuguese version of this article is available through a paid subscription.