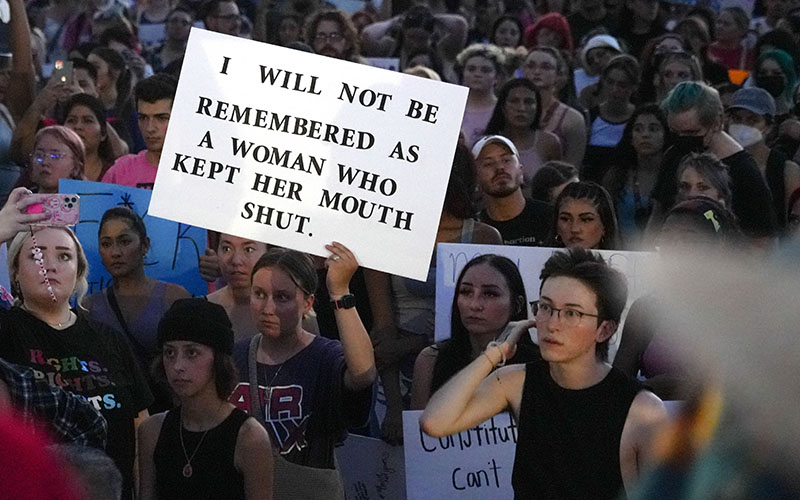 So, in two staggering, even nauseating decisions, the U.S. Supreme Court has decided there is no longer any guaranteed right to abortion as a constitutional right in the United States. At the same time, with incredible brazenness, the court has reinforced the individual right to bear arms in a country that saw 45,222 Americans killed by gunfire in 2020.

These two mind-boggling setbacks speak volumes about the threat to freedom in the United States, the world’s most powerful democracy: the freedoms of Thomas Jefferson, George Washington and the Founding Fathers, inspired by the French Enlightenment. For the first time in the history of the United States, millions of women and their daughters will have fewer rights than their mothers and grandmothers. Following the lead of Missouri, Georgia and South Dakota, half of the 50 American states plan to quickly revoke the right to abortion, a move that on Saturday provoked the indignation of Élisabeth Badinter.* “Countries that are religious, whether Muslim or American in this case, are a danger to women’s freedoms. There is no doubt that they are in agreement on this point,” said the philosopher, who defends French secularism and has put her finger on the real issue.

While the baby has been male domination’s best ally for millennia, a handful of conservative justices, pandering to the vengeful bitterness of downgraded white men and Trump voters, have taken back the right of women to control their own bodies and destinies. It doesn’t take a legal expert to understand that abortion opponents will not give up until abortion is banned everywhere in the United States. Without exception.