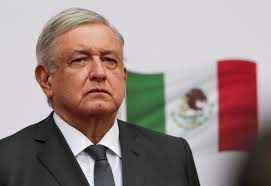 The Lopez Obrador doctrine, led by Foreign Secretary Marcelo Ebrard, has reached a new juncture with the U.S.

President Andres Manuel Lopez Obrador made his second trip to Washington, his absence from the Summit of the Americas still in mind. Despite this friction, the countries achieved their primary objective: to send a message to the world, as well as their respective countries, about the strength of their bilateral relationship.

Even though there are still disagreements on key issues, the cooperation between Mexico and the United States continues to move forward in the pursuit of bringing prosperity to our communities.

The Lopez Obrador doctrine, led by Secretary Ebrard, marks a new juncture for the bilateral relationship, consolidating an approach to our foreign policy that prioritizes our national interests, seeking to regain Mexico’s leadership in the region, and always advocating for equality among nations, freedoms, and the well-being of the people of Mexico and the Americas.

It is worth highlighting three key points of the meeting: migration, security, and trade.

By proposing the expansion of visas for seasonal workers, the countries are taking an important step in the search for a new migration framework that guarantees the naturalization of hundreds of thousands of Mexicans and prevents more of the tragedies that have hit migrant communities hard.

Understanding migration as a product of systemic crises in our countries should translate to regional politics that promote security cooperation.

Within this context, Mexico is committed to tackling the root causes of the crises by combating human trafficking networks and the corruption at government level in both countries; seeking to halt the illegal arms trade that has fostered violence in our country for decades; and promoting frameworks such as the High Level Security Dialogues and the Bicentennial Understanding.

Mexico’s offensive sheds light on the shared responsibility that Mexico and the United States have in resolving the problems of insecurity on both sides of the border.

Finally, on economic matters, the United States-Mexico-Canada Agreement celebrated its second anniversary, prompting a meeting between the Mexican secretary and a delegation of 40 business representatives from Mexico and the United States, who were tasked with promoting new investment in the search for economic stability in times of war.

Similarly, the group was tasked with allocating a $1.5 billion investment to 26 projects to modernize the border, including the Otay II border crossing and the USCMA San Jeronimo-Santa Teresa crossing that seeks to advance our economic integration and safeguard supply chains from political hijacking. This positions the region as the most competitive in the world and brings prosperity to more than 14 million people throughout 10 cross-border communities.

About Hannah Bowditch 87 Articles
Hi, my name is Hannah. I am originally from UK but currently residing in Montreal, Canada, working in a bakery and trying to brush up on my French! I hold a Masters degree in Translation from the University of Portsmouth and a BA in English Literature and Spanish. I love travel and languages and am very pleased to be a part of the Watching America team.