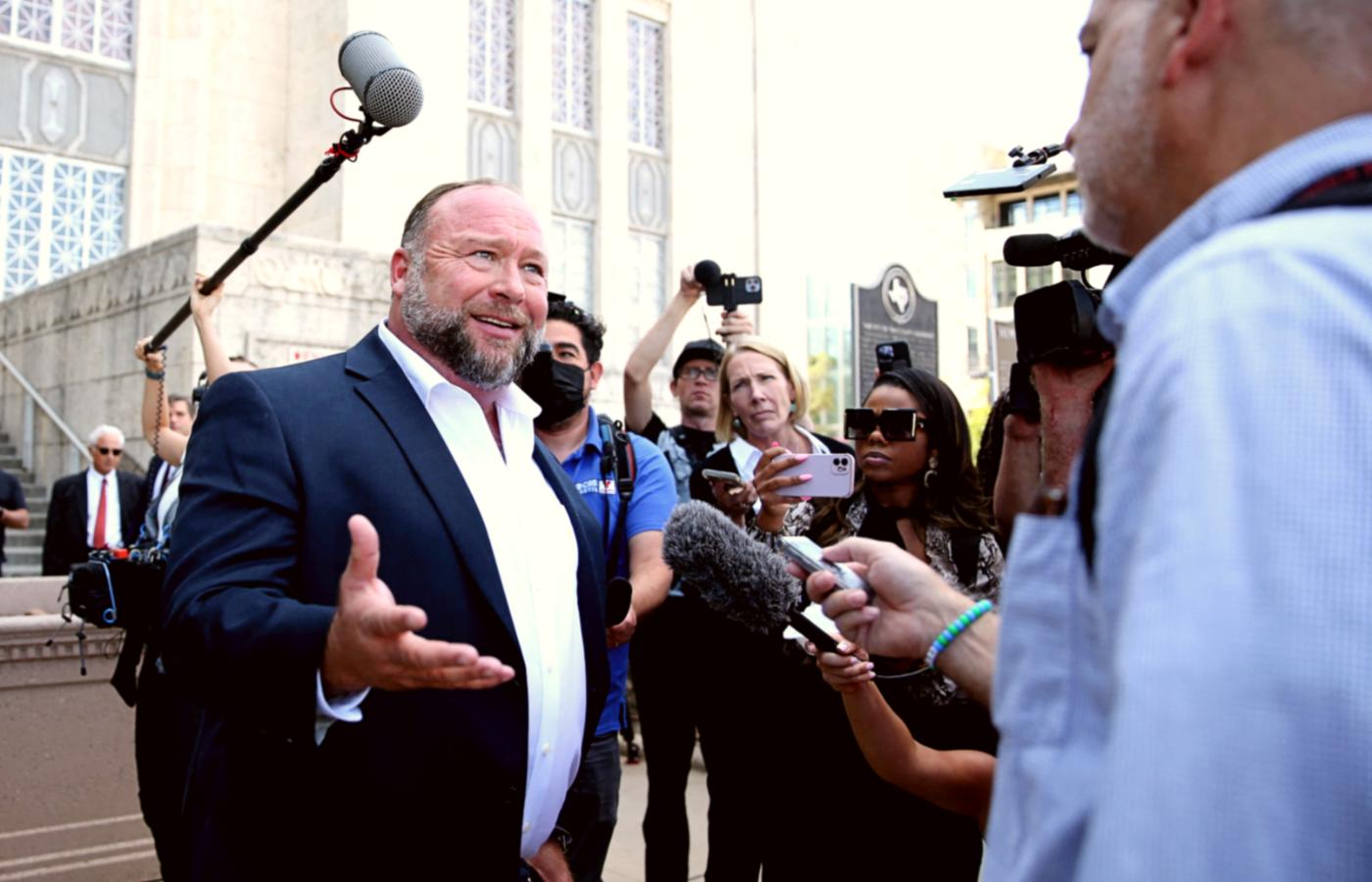 The ultra-right radio show host Alex Jones must pay $49.3 million to the family of one of the victims of the 2012 Sandy Hook massacre in Newtown, Connecticut; a Texas jury has ruled.

In his radio and internet broadcast, Alex Jones claimed that the shootings at the Sandy Hook Elementary school, where a psychopath killed 20 children and six teachers were fake and that the gruesome images of the massacre were staged in the interests of promoting gun control. Jones, a well-known conspiracist, even claimed that the families of the murdered children allegedly helped direct a fictitious crime.

The Sandy Hook Massacre Was Real

The parents of 6-year-old Jesse Lewis, Neil Heslin, and Scarlett Lewis sued Jones seeking $150 million in compensatory damages on a claim of defamation. The jury in Texas, the state in which Jones owns his company, awarded $ 4.4 million in compensatory damages for the suffering of Heslin and Lewis, and then $45.2 million in punitive damages, available under American law in civil trials to deter particularly egregious behavior in the future. This was the first lawsuit brought by the victims’ parents against Jones; he faces two more next month.

During the trial, Jones admitted that he had “made a mistake,” that the massacre was real, and apologized to the families of the children who were killed. This did not change the jury’s determination to have the convicted slanderer answer for his lies. At the hearing on damages, jurors said they had been targeted as part of a witch-hunt by Jones’s listeners, who believed what Jones said on air and harassed the jurors, sent threatening emails and assailed them in the street. Jones’ attorney said he would appeal the damages and expected the total would be reduced to several hundred thousand dollars. Jones claimed he can’t afford to pay the multi-million-dollar award. Jones relied on a free speech defense at trial.

But experts have determined that Free Speech Systems, the parent company of Jones’ website Infowars, is worth $270 million. According to an expert economist who testified at the damages hearing, some years Jones paid himself $6 million, and in 2018, Infowars generated $800,000 in a single day. In addition to posting content of a paranoid nature, Jones sells a variety of products on his site. The moment he was sued, he began moving assets into a shell company and filed for bankruptcy. He claims he has already spent $15 million in legal fees to defend the case.

Jones has long been known as someone involved on the extremist fringes of American public life. After the 9/11 attack, which killed nearly 3,000 Americans, he spread the theory that the U.S. government was covertly behind the action. He further claimed that the FBI directed the terrorist attack during the 2013 Boston Marathon. During the COVID-19 pandemic, he was one of the fiercest critics of vaccines. Jones is an ardent supporter of Donald Trump, and after Trump lost the 2020 election, Jones and his fans proclaimed that the victory was stolen. On Jan. 6, 2021, he took part in the storming of the Capitol. The congressional committee investigating the attempted coup has demanded he provide emails and documents related to the insurrection.

The Power of a Lie Makes a Martyr

Jones’ trial elicits a sadness. On the one hand, it is good that the lies and harm caused by this paranoid man to people who have already endured unbelievable suffering in the loss of their children will not go unpunished. However, it is hard to resist the impression that even 30 or 40 years ago before the internet, lies that someone like Jones wished to spread would have gone unnoticed, because people like Jones did not have such powerful tools at their disposal to disseminate criminal nonsense. Today, in an age when traditional media are superseded by social networks and a multitude of electronic platforms, where no one is responsible for spreading lies, extremist content that was once marginalized has entered the mainstream. And they have made it easier, we should add, for a president who is a criminal to return to office.

There are some who think that despite the outcome of the Jones trial, he is now a hero in the eyes of many who share his worldview. CNN legal analyst Elliott Williams says the man who sowed slander and hatred will become a martyr for free speech and the right to gun ownership, defenses he invoked after lying that the Newtown massacre was a fake.