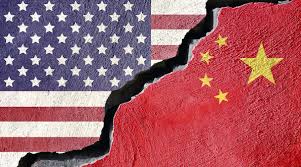 At the end of the Cold War and after the U.S.’ consolidation as a hegemonic power since at least the early 1990s, American foreign policy toward China has been oriented by the same logic that launched the U.S. into wars such as in Iraq: a crusade-like line of thinking whose purpose is the global expansion of free markets and democracy as universal and superior values. So, it’s not surprising that the rise of China, with its self-proclaimed market socialism, became a matter of concern for Americans.

From the outset, the strategy the U.S. adopted to deal with the advance of the Asian giant was to try to incorporate it into the post-World War II liberal regime — for example, with the entry of the Chinese into the World Trade Organization in 2001. The Americans correctly assumed that by inserting the Chinese into an international regime whose rules were set mainly by the U.S., they would maintain a privileged position in determining the terms within which China could continue to progress.

However, the hypothesis that has always been implicit is that, for China to continue to develop, it would have to open up to private capital and eventually become a liberal democracy. 20 years later, China is the second largest economy on the planet and the largest military power in Asia, with the power highly concentrated in Xi Jinping.

The U.S.’ crusade-like line of thinking prevents a more pragmatic interpretation of international politics. For example, the Chinese Communist Party, which is facing more modest growth prospects after its unpopular COVID-19 strategy, understands that demonstrations of weakness in the international arena can affect internal stability. Thus, an aggressive stance is expected in its strategic surroundings, especially in the Taiwan Strait.

It should be clear that gestures like Nancy Pelosi’s visit to Taiwan would provoke the Chinese government to adopt a hostile stance and do not benefit anyone, not even Taiwan. On the contrary, if one sticks to a perspective focused strictly on power, it is clear that the game is one of patience: It is up to the U.S. to destabilize the Chinese regime. By this same logic, to China, the task is to accelerate Taiwan’s process of economic and cultural assimilation. Bets based on faith and risk are unsuitable in this context.

*Editor’s Note: The original foreign language version of this article is available with a paid subscription.