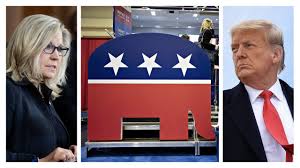 Whoever believes that the courts will solve the “Trump problem” after the raid in Florida is very much mistaken. A commentary.

For a long time, the American bestselling author Michael Wolff was regarded as a gifted interpreter of Donald Trump. He made millions with his book “Fire and Fury” which, in 2018, was supposedly the best-selling book in the world.

That year, I set off to New York to interview Wolff in his apartment in the hip part of town, Greenwich Village. In retrospect, his opinions read like a list of mistaken prophecies. Wolff reckoned that, already after two years of presidency, Trump’s party would lose the midterm elections (“a possibly fatal result”). At the latest, the Russian affair would ruin him, according to Wolff: first, Robert Mueller’s investigation, then the impeachment trial.

Wolff is not the only one who has been mistaken about Trump, and these errors were not limited to his time as president (2017-2021). Admittedly, people have become more cautious with predictions but for most observers, it was clear that after the Capitol riot on Jan. 6, 2021, during which people died, Trump would be discredited in such a way that his influence on the Republican Party would dwindle more and more.

The latest we know as of this week is that this is not the case. Liz Cheney, once the third highest-ranking Republican, lost against a Trump-backed candidate in Wyoming and has now been ousted. Cheney, whose politics are largely along Trump’s lines, had opposed his lies about election fraud.

The ex-president bragged about the fact that, of 10 former high-ranking Republicans who had been against him, only two were still in office. The purging of the party goes on.

To the narcissistic Trump, this is pleasing; however, for the Republican Party, this further narrowing to Trumpism is dangerous. At no point did Trump have the majority of Americans behind him. A purely Trumpist political party cannot play to the potential for conservative voters. This offers an opportunity to the Democrats to increase their reach.

The way through the voters is better than the way through the courts. Mueller could not stop Trump, and the idea that the investigation after the raid in Florida will seal his fate may also prove to be a mistake. He would make himself out to be a martyr.

In the self-proclaimed oldest democracy in the world, only the voters can judge Trump.