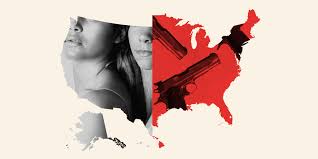 In a column for Le Monde, lawyer Anne Deysine analyses the counterproductive impact for Republicans and the religious right of excessive measures taken by conservatives – albeit a minority in the country – in the U.S. Supreme Court and the Senate.

When, in the case of Roe v. Wade in 1973, the U.S. Supreme Court found a right to abortion in the dark corners of the Constitution, it federalized that right, thus preempting the role of the states – and raising the ire of conservatives, who denounced encroachment by the federal government. And religious conservatives opposed the creation of a right that wasn’t explicitly stated in the Constitution, which is correct and not surprising, considering that the U.S. Constitution dates back to 1787.

Anti-abortion mobilization has been a fabulous tool for Republicans, who have been able to galvanize their constituents for decades by campaigning for the abolition of all abortion rights and pledging to put in place the most extreme legislation, banning abortion even in cases of rape or incest. And that is what many legislatures in Republican-dominated “red” states have been able to do without fear of the consequences of their actions, since they were “protected” by the 1973 Roe v. Wade and 1992 Planned Parenthood v. Casey of 1992, prohibiting them from suppressing the right to abortion.

But that changed on June 22 with the Dobbs v. Jackson Women’s Health Organization ruling, in which the radical wing of the court ignored the warnings of Chief Justice John Roberts, who was committed to preserving the institution’s legitimacy and aware of the dangers of a reversal opposed by a public majority. The justices could have simply validated the Mississippi law, which banned abortion after 15 weeks, and left the Roe and Planned Parenthood precedents alone. But they proceeded to reverse a decision depended upon by thousands of women since 1973. Immediate surveys revealed that a minority of non-elected judges were going against public opinion, more than 60% of whom were in favor of the right to abortion – even among Republicans, especially in cases of rape and incest.

The ballot initiative that took place in Kansas in early August highlighted that point. This is a “red” State that has not voted for a Democratic candidate for the Senate since 1932, or for the presidency since 1964, and where 56% of voters voted for Donald Trump in 2020 (80% in some rural districts). Yet, 60% of the electorate wished to preserve the right to abortion guaranteed by the state’s supreme court in a 2019 ruling. This, despite the fact that the vote was organized during the primaries during a heatwave (not in the November general elections); and the question was framed in a misleading way, suggesting that one should vote “Yes” to protect the right and “No” to oppose its removal.

Other similar ballots will be held in other states whose laws include referendum by direct initiative. But in many states in the U.S. South and East, this procedure doesn’t exist, and voters will have only their November ballot to decide if they are more concerned about the rate of inflation or about the infringement on civil liberties and the tyranny of the minority brought on by the most radical wing of the Republican Party. Judging by the number of voter registrations before the Aug. 2 ballot in Kansas and the high level of participation, there are likely to be some male and female voters who, despite being disappointed by the insufficient (but real) accomplishments of the Biden administration, will make an effort to go to the polls to let their voices be heard in November.

For the U.S. Supreme Court does not go against public opinion – except on the issue of abortion. In its New York State Rifle and Pistol Association v. Bruen ruling, which invalidated a law in New York State that had been in force for more than 100 years, it became more difficult for states and cities to control the flow of firearms. And in its West Virginia v. EPA ruling, it opposed head-on the “administrative state,” i.e., the regulatory power of executive agencies, in this case the Environmental Protection Agency. But when no legislation to fight global warming, ban weapons of war or guarantee voting rights can be passed because of obstruction by hardline Republicans in the Senate led by Mitch McConnell, regulations are the only weapon left to the executive branch.

There is tyranny by the minority here as well. It takes only 40 senators (elected in sparsely populated states, representing 40% of the national wealth) to block reforms favored by a majority of the public. Will voters become sufficiently aware of the gap between the Democratic and Republican economic and government models to cast their votes, and for some of them to refuse to continue to be manipulated by lies and culture wars? Will they abandon the Republican Party, prisoner of those supporting Donald Trump? The party whose many candidates in the primaries campaigned (and were elected) on the claim of the “stolen election” of 2020 – despite the conclusion by all all studies, audits and legal actions (more than 60 of them) that there had been no significant fraud? That’s the big question upon which the future of American democracy depends.

Anne Deysine is professor emeritus at the Université Paris-Nanterre. She is the author of “Les Etats-Unis et la démocratie,” (L’Harmattan, 2019).

* Editor’s note: The original language version of this article is available through a paid subscription.