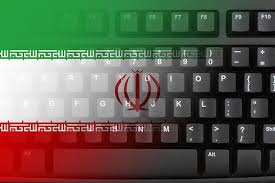 It’s not important that former CIA Director and Secretary of State Pompeo has all sorts of evil and crime on his record, including involvement in the assassination of the martyr Qassem Soleimani, nor does it matter that his advice specifically targets the Chinese app TikTok, which has a large following in America. What’s important is that, according to someone like Pompeo, even downloading this app and using it without having an active presence is damaging to children. Even more interesting, it’s about a foreign app whose company is beyond the jurisdiction of authorities in the U.S. to control.

The basic premise of this argument is something that experts and sympathetic media in our country have said repeatedly. It’s a call for control and surveillance of non-Iranian social media platforms. But as I’ve said before, each time this call is made, people are simply accused of supporting filters and limitations and backwardness. It’s also strange to think that some members of the previous Iranian administration have even boasted about how free the internet was under their government.

Some Iranians call control, surveillance and restrictions on non-native social media an unethical, dogmatic policy. But many countries impose strict legal conditions on foreign social media companies and apps before they can operate, and the smallest infraction leads to a heavy fine or service restrictions. In fact, this is something that social media companies have come to accept when dealing with a foreign country. Even in the U.S., concerns about the popularity of the video-sharing app TikTok meant it could not be used in many state government buildings, and a bill passed by Congress banned the Chinese social media platform was banned in federal agencies. Of course, this panic has its roots in security concerns, something the U.S. is very familiar with given how it has leveraged its own native social media platforms to create security, cultural, societal and political concerns directed at a number of countries. At the same time, even American citizens have been damaged by American social media.

This is clear from a recent lawsuit in which the Seattle public school district sued a number of social media companies alleging that the platforms damage the mental health of students and adolescents. The district filed the complaint against Meta, including Facebook and Instagram, as well as Snapchat, YuoTube, TikTok and Google after a growing outbreak of anxiety and depression among students and an increase in suicide attempts. Seattle is seeking damages for the harm caused to the social, emotional and mental health of young people.

The lawsuit charges that “the increase in suicides, attempted suicides, and mental health-related ER visits is no coincidence. As alleged in the complaint, this crisis was already growing before the pandemic, and research has identified social media as playing a major role in causing mental health problems in youth.”* The plaintiffs accuse these companies of abusing the psychology and neurophysiology of their users to get them to spend more time on their platforms, which has led to the mental health crisis currently facing American youth. They allege that the companies want young people to spend more time on social media so that they can view more advertisements and these companies can increase their profits.

Many experts around the world have warned about the concerns raised by the Seattle public schools over the unrestricted internet use by children and teenagers and how they are drowning in social media. In our own country, as in many others, the effect of unprincipled, unsupervised and unbound long-term use of social media by children and teenagers on cultural and societal change and even behavior and personality change cannot be ignored. In particular, thanks to the lack of regulation and accountability of these foreign apps in our country, in recent years social media platforms such as Instagram, Telegram and other platforms operate without any regulation or sense of responsibility. They have become filled with all sorts of false beliefs about society and politics; strange lifestyles; irreligion, gambling, corruption and depravity; the buying and selling of weapons and drugs; promiscuity; and purposefully distorted caricatures of ancient and modern history. In many cases, the seeds of this depravity were planted in our people and youth by the enemy, one of whom is forementioned Pompeo who is now worried about the effect of a foreign social network on the children and teenagers in his own country.

Of course, warning about the threat presented by social media does not mean there are no benefits to the internet or even to social networks. These new communication tools can be useful and have many advantages, but unfortunately the lack of internet literacy, the carelessness of many families and the negligence of our officials have highlighted the negative side of the web. As an example of the negative and destructive effects of an unrestricted internet use on our youth, we can look to the recent riots in Iran. Many young people who were raised and deceived on the internet demonstrate the political and ideological metamorphosis they have undergone at the hands of an internet controlled by the enemy by instigating riots and chaos. One of these was Majidreza Rahnavard, who was hanged for killing two Basij militiamen defending public safety in the streets of Mashhad. A look at Rahnavard’s Instagram posts shows how far he fell into counter-revolutionary, anti-Islamic beliefs and how he put his faith in lies and strange, archaic ideas instead of the lofty and true ideals of patriotism. These beliefs and many more are passed around like candy on social networks.

By the time Rahnavard realized that he had been deceived by the enemy, his hands were already stained with the blood of two innocent young men. During the court proceedings, he said, “I was under the influence of the internet. I am mentally healthy and I would follow pages that shared false news stories. I consider myself a victim of the internet. There are others who might have the same incorrect thoughts that I did, you should help them. To other young people like me, follow the correct goals in your life, don’t believe everything that you hear. I ruined my freedom and my life. I caused grief for many families. I know that I killed my own brothers.”

Moreover, prior to his execution, Rahnavard asked to be videotaped and referred to his active participation in addictive online spaces and how he followed celebrity pages. “On these pages I would see posts about Iran’s economic situation and I didn’t know if they were true or false, I just believed them,” he said. “Little by little this brought me down a negative path and my views changed entirely. My head became like a room filled with gas, any small spark could make it blow up. … I committed an inhuman act. In a bad state of mind, which was a direct result of those poisonous posts on Instagram, I committed this act and killed two of my countrymen, two brothers.”

During the recent protests, antagonistic satellite networks, along with counter-revolutionary and anti-Iranian pages and channels increasingly began to invest in influencing the minds of their audience, particularly teenagers and young adults. Many of them, like Rahnavard, were deceived by these media outlets that are affiliated with the enemy but present themselves as a friend of Iran. They have paid a heavy price for that. Mohammad Mehdi Karami was another man who was deceived and lost his youth and life because of his faith in the enemy’s media and its rumors. Karami was executed for his central role in the tragic martyrdom of the Basij militiaman Ruhollah Ajamian. Unfortunately his social media page, which was also full of absurd, unverified claims, praise for the [Shah Mohammad Reza] Pahlavi era, antagonism toward religion and exaggerated beliefs about ancient Iran, shows how far he had fallen into the enemy’s trap.

During his trial, Karami emphasized one point: being deceived. “Your honor, I was lost. I was duped by what I heard on foreign media, and many things led to this taking place. If you want to hear the truth, it’s that I was a victim of the foreign media. I could not analyze the issues properly and I was deceived.” This is the path that the enemy wants them to follow, and families, officials and even teenagers and young adults certainly need to accept that, despite the internet’s many benefits, it can also be deceptive and destructive. When even a criminal Satan like Pompeo warns about the destructive effects of unrestricted internet use on teenagers and young people, there is no justification for our negligence in not neutralizing the damaging effects and allowing it to go unabated. Today, in addition to monitoring and controlling the internet, we need to help our teenagers and young people, listen to them, and respond to their doubts and questions appropriately.

Finally, many of our students have unfortunately foregone in-person learning over the last three years because of COVID-19, air pollution and winter weather, and experts have repeatedly warned about the damaging effects of distance learning on mind and body as well as the education of our future generation. Our officials and families need to think deeply about how to solve this before it’s too late.

*Editor’s Note: This quote, though accurately translated, could not be independently verified by the complaint filed.