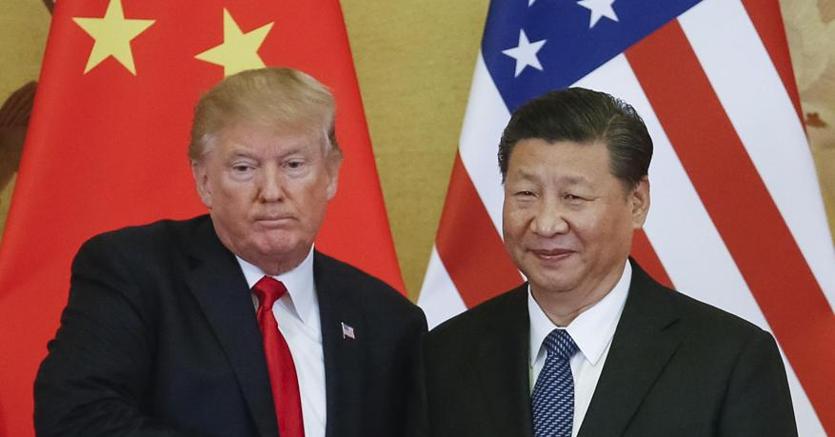 The two countries involved in the trade war and battling each other for technological supremacy are resuming negotiations: The U.S. and Chinese delegations are ready to meet on Monday, Jan. 7, and Tuesday, Jan. 8, in Beijing, in order to attempt, one more time, to disarm the bomb that threatens the world's economy. The two superpowers have already exchanged a flurry of tariffs on exports worth hundreds of billions of dollars and arrive at the meeting under economic pressure equaled only by the need to not capitulate to the contender’s demands and to not lose face.

The highest level representatives of the respective governments will not take part in Monday's meeting. Nevertheless, the markets will observe it carefully. The U.S. team includes undersecretaries and senior officials from key U.S. departments, such as Trade, Agriculture, Energy and the Treasury, and will be led by Deputy United States Trade Representative Jeffrey Gerrish. His boss is the hawkish Robert Lighthizer, a hard-liner in the Donald Trump administration.

The second stage of the new round of negotiations is already scheduled in Washington, D.C., in about 10 days (barring unforeseen events on Monday). The Chinese team would be headed by Vice Premier Liu He. In the event there is progress, increasingly important participants would join the talks, among them Lighthizer himself (who bears ultimate responsibility for the negotiations), flanked by Treasury Secretary Steven Mnuchin.

The goal is to stop the countdown that will soon force the two largest economies of the world to defuse a new D-Day. At the end of March, the truce reached by Presidents Trump and Xi Jinping on Dec. 1 will end. Its terms were that the extra tariffs that the U.S. threatened to impose on $200 billion worth of products made in China, and that were scheduled for Jan. 1, would be put on hold for 90 days. Once the automatic retaliation was frozen, Beijing lowered the high taxes it had already imposed in response on American automobiles and promised to purchase greater quantities of American soybeans.

The closer the deadline draws without any progress, the higher the expectations of escalation, and the worse the damage being dealt to the economy by a climate of uncertainty that stifles investments. We have already gotten a glimpse of this: The Purchasing Managers' Index recorded a decline in manufacturing in December for the U.S., Europe and Asia.

As is often the case on the eve of key negotiations, Donald Trump is expressing confidence. The sharp drops on Wall Street, which had already led him to the truce at the end of 2018, are now pushing him toward an agreement. However, the president will have to deal with Beijing's willingness to give in to his demands: to reduce its trade surplus with the U.S., open up its market, and undo the practices that force U.S. companies to hand over their technology to Chinese partners.

Despite two years of “America First” policies and tariffs that have already been imposed, the U.S. trade deficit with China continues to increase. Over the first 10 months of 2018, it already exceeded $344 billion, an 11 percent increase compared to the same period in 2017. The Peterson Institute for International Economics estimates a deficit of $413 billion for all of 2018, compared to $376 billion in 2017 (concerning only the trade of goods).

The real stakes of the game are, however, technological supremacy and hegemony in the economy of the future, which the United States is afraid of losing. The White House has gone so far as to ask President Xi to renounce his ambitions detailed in the “Made in China 2025” plan, which was launched in 2015 to bring the Chinese industry to the forefront of the most advanced strategic sectors.

The preparatory atmosphere as we approach Monday's meeting is not ideal. The negotiations will be haunted by the case of Huawei CFO Meng Wanzhou, who was detained in Canada in December, at the request of U.S. authorities, charged with violating the embargo against Iran. Meng, the daughter of the telecommunication giant’s founder, whose company was already in Washington’s crosshairs (like ZTE, another Chinese company), risks being extradited to the U.S. Another factor which will weigh on the talks is the latest slap in the face by Washington: Barely two days ago, it cautioned American citizens about the dangers of traveling to China.