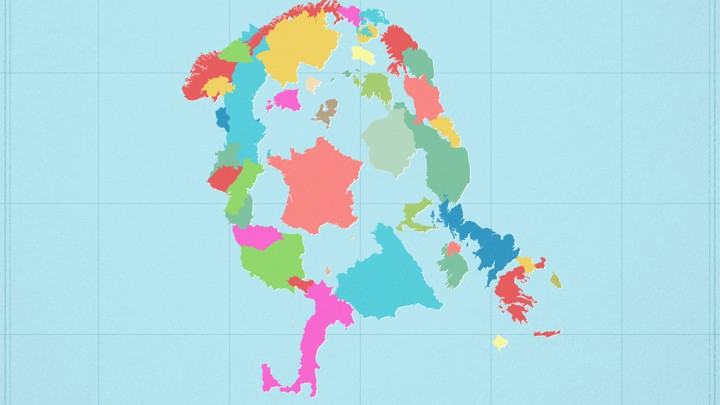 The relationship between Europe and the United States has never been so difficult. The election of Donald Trump significantly changed the relationship between the two sides of the Atlantic. This has also created a fracture among the parties and leaders of the European Union, those who have started an alliance with the Republican president and those who want to boldly obstruct the policies of the new American administration.

The European elections have confirmed this trend. And the European Parliament that emerged from the May 26 election verifies the EU's tendency to split between those who believe that collaboration with Washington is necessary and those who believe it is more useful to strengthen the EU and the policies that oppose the White House agenda. The division between nationalists and moderates is useful up to a certain point because the alliance with the United States cannot be locked into the pattern of the challenge between traditional parties and "new" parties. The separation between parties more Trump than anti-Trump cuts across this, as is the case with those who support a greater or lesser synergy between the United States and the EU. And the reason is that in fact, every European party can only represent its own country, its system of alliances and its political and industrial strategy. So it is not just ideology. It is business above everything else. Let’s begin with the fact that those who are more connected to Germany will always have a sense of greater loyalty to Berlin than to Washington, thus orienting their policies in this regard.

Precisely for this reason, the European elections also have another key to their interpretation: that of Trump, a true “stone guest” in these elections. Whether or not linked by a long-term bond with Steve Bannon's nationalist organization, The Movement, the relationship between parties more or less faithful to the U.S. and faithful to Trump must also be seen in a strategic light. It is not just an issue of a single administration. It’s the way in which the strategy of the European Parliament will be oriented and consequently also that of the next European Commission, which is produced through an agreement with the European Parliament. And in this sense, the results of the elections can only make the U.S. president smile because, however he reads it, he’s finding a divided European Parliament and a definite rise of parties with policies that are much closer to his administration's agenda. The Northern League is certainly an example: Matteo Salvini's party has set its own international political agenda with a clear willingness to trust the U.S. government. And this applies in general to the whole nationalist platform, from the groups of Marine Le Pen and Salvini to that of the conservatives for whom Brothers of Italy are representing Italy. The same goes for the Brexit Party, whose leader, Nigel Farage, will meet with Trump on his visit to Britain. In short, these parties are all culturally and strategically more akin to the system represented by Trump than to the Franco-German alliance and the democratic establishment of the U.S. And this affects how the future European Parliament will orient itself, especially if it considers the fact that the European People's Party also has within it leaders much closer to the American government (first and foremost Viktor Orban).

On the other hand, however, it is clear that the anti-Trump line has further stiffened. The rise of the Greens, in fact, represents a clear stance against the shutdown of U.S. climate and environmental policies. It also represents a certain ideological position that is decidedly more inclined toward the left and progressivism than what is expressed by the White House. This also applies to the current socialist agreement (where it matters that Pedro Sanchez's Spanish Socialist Workers’ Party is the principal group) and the creation of the liberal group; and Emmanuel Macron, who has always opposed the alliance with Washington in preference to Europe having Franco-German traction. If the European People’s Party were cut off from the game (a hypothesis that would not be impossible, however unlikely) and the nationalists were excluded from the competition for seats, the EU would inevitably have an electoral advantage over the U.S. president, a president who increasingly seems like the true specter haunting Europe.