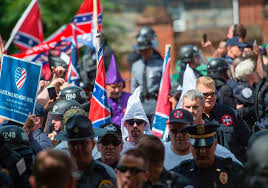 In less than 30 days, three shootings have taken place in the United States, specifically in the cities of Odessa, Midland and El Paso in the state of Texas. News of these events has circulated around the world, not only because of the number of Latinos that were killed — to date, almost 35 were killed and more than 45 were wounded — but because of U.S. President Donald Trump’s silence about the events.

These events have already begun to wreak havoc on the domestic politics of the United States, given that New York Gov. Andrew Cuomo unequivocally asked Trump to do something to stop the shootings that have been occurring since Trump took office. Many believe that since Trump’s election, such shootings have been on the rise and have mainly targeted Latinos.

Cuomo has portrayed himself as a critic of Trump’s policies. He has also accused Trump of having a close relationship with the National Rifle Association, and has also made repeated calls for gun control in the U.S.

In addition, the U.S. president’s vision is contrary to the country’s culture and origins, having been founded by immigrants. Consequently, it makes no sense that now, this global phenomenon is under attack in the face of divisive rhetoric which is fueling hatred, racism and dividing people as if it were a matter of a struggle between good and bad, or the rich and the poor.

In the same vein, Beto O’Rourke, the Democratic presidential candidate from El Paso, Texas, told the press that these killings might be a consequence of Trump’s hate-filled rhetoric and his discriminatory tweets. O’Rourke even stated that he considered the president to be a white nationalist and that this has encouraged supremacists to carry out criminal acts that are rooted in ultraconservative ideology.

Indeed, there are studies showing that the United States has experienced a rise in hate crimes committed as a result Trump’s irresponsible words. One example of this was his reference to Mexicans as rapists and criminals, and, although immigrants are not innocent in this regard, the percentage of immigrants who engage in criminal activity is much lower than the corresponding figure for U.S. citizens.

O’Rourke has also accused Trump of portraying immigrants as villains. Trump has even “tried to make us afraid of them.” (https://deadline.com/2019/08/el-paso-shooting-beto-orourke-reacts-by-saying-trump-stokes-racism-1202660688/) Accordingly, O’Rourke described the president as someone who “stokes racism in this country. And it does not just offend our sensibilities, it fundamentally changes the character of this country and it leads to violence.”

I think it is important that we pause to think about O’Rourke’s reference to the changing character of the United States, since the racist speeches, combined with the hate-filled propaganda toward certain sectors of society that do not think like Trump could turn the U.S. into a much more violent country, not only domestically but internationally. There is also the risk that, whenever it deems necessary, the U.S. might consider invading other countries to protect its borders under the pretext of a threat posed by immigration.

Although the United States’ prominence in the field of science and technology is such that it is considered one of the most powerful nations in the world, it leaves much to be desired in other respects, such as its approach to social issues and immigration. As a result, if the country’s leader remains unwilling to act, and the messages and language of hate toward the Latino community do not stop, terrorist acts will continue.

Similarly, it is imperative that the United Nations appeal to the U.S. to change its policy on firearms. Anyone can own a rifle or gun, which makes it increasingly common to resolve disputes with bullets —as they did in the Old West – or to kill immigrants. Most immigrants do not come seeking handouts but come seeking employment and the possibility of earning an honest living. In their home countries, they lack basic opportunities to earn a respectable income, which, in many cases, is due to the pitiful wages paid by American multinational companies.