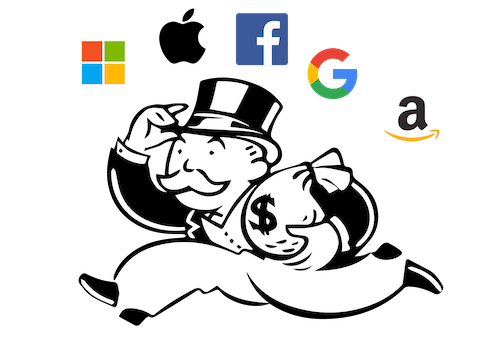 “In the digital era, on the other hand, that model seems quite reasonable, to the point that no one really wonders how it is possible that Amazon or Facebook or Twitter do not have a large number of direct competitors, while Volkswagen or Nestlé do. Something has changed, and if I try to explain what it is, I must resort to a metaphor, that of playing cards: In the past, doing business consisted of inventing feasible games with a certain pre-existing deck of cards: The one who invented the best game won. Now doing business coincides with inventing a deck of cards that did not exist before and with which it is possible to play only one thing: the one you have invented. ” This, from Alessandro Baricco in his new essay “The Game,” published in Anagrama. And this is aimed directly at what happens at Google, the technological giant that is at the same time a search engine, video platform or operating system. And it is not a new issue.

Although Google agreed to participate in the investigation undertaken by prosecutors in the United States against alleged monopolistic practices, history suggests that it will have to pay out billions again. Last March it paid close to 1.5 billion euros ($1.65 billion) for a fine imposed by the European Commission for “abuse of dominant position” in its digital advertising service, those pictures with ads that we see on each page that we consult through its search engine or the Chrome browser.

In the same month, also in Europe, it paid more than 8,000 euros for monopolizing internet searches. In July 2018, again in Europe, it paid an invoice of more than 4.3 billion euros for restrictions applied to manufacturers of mobile devices using Android, its operating system. In 2017, it also paid another fine in the Old Continent, for favoring its online shopping service in its search engine. And a couple of days ago, authorities in the United States imposed a fine of $170 million on YouTube, and obliged it to make changes in its privacy policy on the data of minor users, because it was found responsible for collecting information for advertisements without parental consent.

Billions. Although they appeal some fines, they pay others.

Note here the observation that Baricco makes regarding the scope of digital companies: the lack of competition and regulations. Although, as we noted previously, much of this has to do with the rapid advancement of technology and how little we are prepared to handle it. The sociopolitical structure is barely adapting.

It happens to Google; it happens to Facebook; it happens to Twitter. Mark Zuckerberg's company has been taking hits for months, all in the same area: the use of user data. The last case was announced a couple of days ago and involved the phone numbers of almost 420 million people, mostly U.S. residents. And although the company argued that this was a database from several years ago, there is not yet a security protocol capable of preventing these scandals involving the social network. Just in June it was revealed that the company Nametest, responsible for many of the games or surveys into which perhaps you and I have fallen when reviewing our profiles, accumulated data from more than 120 million users since 2016, all information that it could consult or share with third parties.

Undoubtedly, the 21st century reached us, exceeded and tested us. It is turning us into prey, rather than hunters.