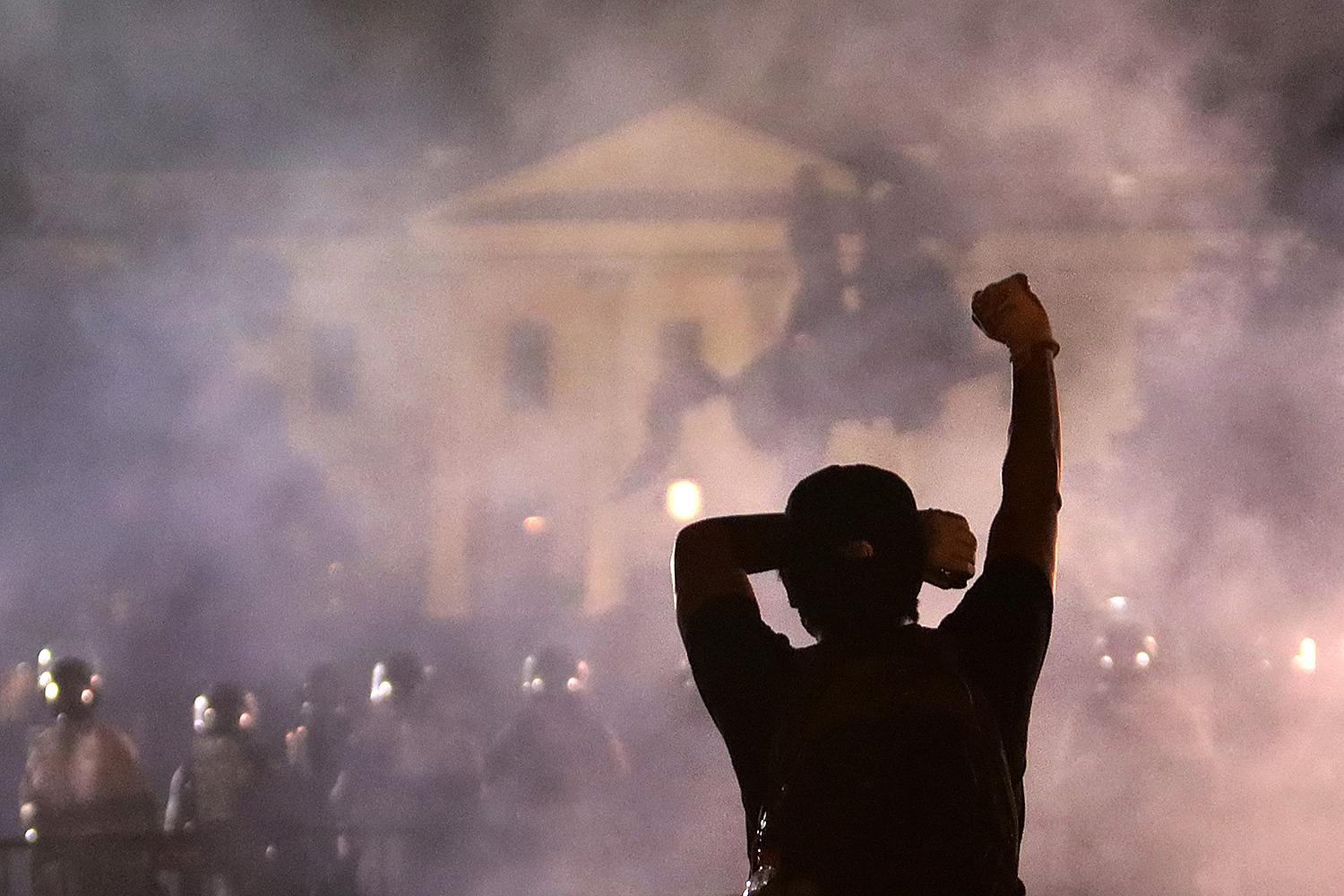 America appears to be going through its ‘Spring’ moment in history. No one predicted it but, once again, it’s clear that singular and unexpected events can alter the course of history, eventually leading to drastic, even radical, changes. It’s too early to know all the changes that George Floyd’s murder – yet another Black man fallen victim to American racism in the 21st century – will spark in the world’s preeminent world power, but all the signs suggest it could be significant.*

Only the future will tell us just how radical these changes will be, but it would not be unreasonable to predict that in 50 years, they could lead to a social context as profoundly different from the status quo as the scenario promoted by Martin Luther King Jr.’s movement for Black civil rights which ultimately led, in an equal span of time, to the first African American president, Barack Obama.

From the beginning, the impact of the murder – as the prosecutors quickly classified it – at the hands of four Minneapolis police officers was stunning. Demonstrations of repudiation erupted in hundreds of North American cities, including the capital, Washington, D.C., and have continued to this date. From a protest against Floyd’s murder and focus on all Black victims of police violence synthesized in the Black Lives Matter slogan, demonstrations quickly evolved into calls for profound changes in the law enforcement and criminal justice systems, both manifestly discriminatory as substantiated by comprehensive and credible statistical studies about Black and other minority groups.

Will Smith’s insightful comment about racism in America, that racism “isn’t getting worse, it’s getting filmed,” is particularly appropriate at this moment, given it was a bystander’s cellphone recording of the incident that rapidly spread throughout not only the United States but the entire planet, creating shock waves everywhere it went. The reactions are all the more impressive when you consider that we are in a pandemic crisis that calls for isolation and general confinement.

In any case, my view is that, aside from the fact that Floyd’s murder was witnessed practically live all around the world, an even more significant reason for the reaction was that there have been so many similar cases in recent years without the justice system – according to most – properly holding those responsible accountable. Floyd’s murder, then, was the final straw. As his brother stated at a House of Representatives’ hearing held to discuss a Democratic Party proposal on police reform, Black Americans – as well as all others who oppose the persistent discrimination they face – are simply tired.

Could it be, as former President Obama has said, that America is at a turning point? The fact that the many protests occurring throughout the country saw people of all colors, ages, genders and professions turn out in such large numbers certainly supports that idea, though only time will tell. Obama emphasized, in particular, the responsibility of youth. As he tweeted, “Over the past few weeks, we’ve seen young people in every corner of the country step up and become leaders. Through organization and mobilization, they’re showing us how we can sustain this momentum to bring about real change.”

For the Rev. Jesse Jackson, civil rights activist and former presidential candidate, this change shouldn’t be limited to reforms in the criminal justice system. In an interview on CNN, he claimed that the country’s economic and health care systems also need reform. As statistics show, African Americans are the most affected by poverty and those who suffer most – as the current COVID-19 pandemic is revealing – from the lack of adequate health care. In a word, antiracism must walk hand in hand with social justice.

This will not be easy, for two reasons. First, the country’s social model has historically struggled to see compatibility between individualism, free initiative and political democracy on the one hand, and greater social equity on the other, a struggle which we see unfold in the interminable debate about the health care system. Second, the current president, Donald Trump, does not appear to be sensitive, at least until now, to the voices on the streets, preferring instead to oppose them with all the weight of “law and order,” calling protesters “terrorists” and threatening to call out the military to control them. Meanwhile, the opposition to Trump voiced by various military leaders confirms, above all, the vitality of the American democratic system.

Assuredly, American citizens will be able to find consensus or majority-backed solutions to get beyond the current moment, not only dismantling the structural racism that still prevails in the country, but also strengthening its best traditional values, which are shining examples to people throughout the world. Because of this, the world is following what is happening in America with the greatest interest.

The big question, then, is which way will American liberalism go? In the direction of a conservative and white supremacist populism, or toward the consolidation of the diverse and open society that reflects the demographic majority that has been built in recent decades?

*Editor’s note: Officers involved in the death of George Floyd have been charged with murder, but have not yet been tried or convicted of charges.