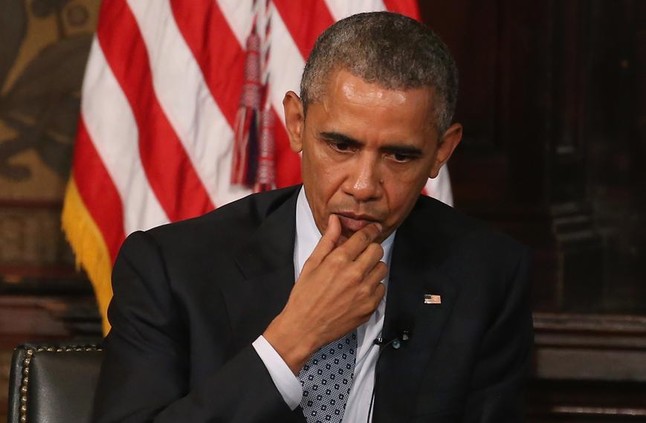 Barack Obama faces a new and unforeseen enemy. The president has long been accustomed to the Republicans blocking his initiatives, but now it’s the Democrats’ turn to stand in his way. He sure didn’t see that one coming! This Tuesday, progressive senators dealt the president a heavy blow, refusing to grant him powers in order to negotiate Pacific trade deals. The White House attempted to generate internal support, but the Democrats turned their backs on the proposal. With 52 votes in favor and 40 against, Obama fell eight votes short of achieving his ultimate goal. The Republicans, on the other hand, are somewhat more inclined to facilitate multinational proceedings and will support the president in what is an unlikely partnership.

The Democratic “cold shoulder” is motivated by ongoing negotiations for an Asian-Pacific free trade agreement, known as the Trans-Pacific Partnership (TPP), which would connect 40 percent of the world’s economy and about one-third of all world trade. Obama perceives this as an opportunity to further his legacy, and to face up to economic expansion in China, but this initiative, like the TTIP (Transatlantic Trade and Investment Partnership), has not been without difficulties.

The TPP will constitute the largest trading pact since the North American Free Trade Agreement (NAFTA), which established three-way trade between Canada, the U.S., and Mexico. The pact was backed by George H.W. Bush, a firm believer in the neoliberal politics of Ronald Reagan. Supporters of the TPP argue that that it will create more jobs, and benefit U.S. exports. Those who oppose it, however, claim that it benefits only multinational corporations at the expense of workers, and will lead to a more precarious job market and salary reductions.

Senate Minority Leader Harry Reid has successfully rejected a bill that would fast-track the deal through Congress with no amendments. Only one Democrat supported the president.

At the forefront of attacks on Obama’s free trade policy is Sen. Elizabeth Warren, flag bearer for the party’s most progressive and leftist wing. Warren, like Reid, is firmly opposed to the project. She claims that pacts like NAFTA caused extreme job dislocation in the U.S. and ended up destroying hundreds of employment prospects.

At this stage, the bill is regarded as classified information, meaning members of Congress are granted only limited access. While such information is withheld from the general public, large corporations such as Wal-Mart, Apple, Nike, or the American Petroleum Institute enjoy full access. These are all multinational firms currently advising Obama, who, during his 2008 campaign, was opposed to any such trade agreement.