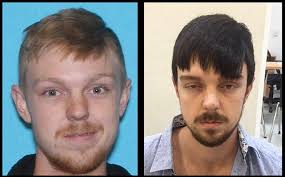 Ethan Couch, the so-called ‘Affluenza Teen’, who was sentenced to probation in 2013, was arrested on Monday in Mexico. The leniency of his sentence has rekindled the debate surrounding discrimination on the other side of the Atlantic.

In a clumsy attempt to go unnoticed, he dyed his hair and beard black. Ethan Couch — the rather spoiled teenager who was convicted of killing four people while behind the wheel in 2013 and who was wanted in the U.S. for violating his probation — was finally arrested on Monday night in Mexico, accompanied by his mother, Tonya. It all started a few weeks ago, when his escape caught the attention of the American people, who have been engrossed in his story ever since his controversial trial two years ago.

On June 15, 2013, 16-year-old Ethan Couch and several friends stole beers from a supermarket and drank them at Couch’s home, where he lived virtually unsupervised in east Dallas, Texas. A little before midnight, the group took Couch’s father’s pickup truck. While at the wheel, Ethan Couch drove at more than 70 mph on a country road where the speed limit is 40 mph. He mowed down four people who were standing on the side of the road after their car broke down. All four were killed instantly. Two passengers were thrown from the back of the pickup truck and were seriously injured. One of them suffered brain damage and is now a quadriplegic. The young man who was driving, Couch, was found with a blood alcohol content of 0.24, three times over the legal limit.

This dramatic accident could have well been confined to the middle pages of the newspaper, but Couch’s defense strategy made all the headlines in the U.S. media. An expert psychologist appointed by his rich family told the court that Couch was suffering from ‘affluenza,’ a neologism formed by combining the two words affluent and flu. While on the stand, the psychologist presented the teenager as a victim of his ultraprivileged childhood, and believed this may well have blurred the boundary between right and wrong for Couch. He added that for the family, “their wealth bought privilege and there was no rational link between behavior and consequences.”

Charged with drunken manslaughter, Couch could have faced a long prison sentence. The prosecutor was seeking a 20-year sentence. But to everyone’s surprise, the Juvenile Court judge sentenced him to psychiatric care and 10 years’ probation, with a ban on driving and drinking alcohol. The judge’s leniency shocked the nation, especially as the young driver, nicknamed the ‘Affluenza Teen,’ has never expressed remorse for his actions nor spent a single night behind bars.

In early December, the controversy surrounding the case resurfaced following the appearance on Twitter of a video showing Ethan participating in a drinking game in clear violation of his probation. Fearing arrest, the young man made his escape with the help of his mother, which didn’t come as much of a surprise to the local sheriff “There’s just no chance that she will ever think he needs to be punished or held accountable,” the sheriff said. After several weeks of searching led predominantly by Texas police and the FBI, the pair was finally arrested on Monday night in Puerto Vallarta, a famous seaside resort on the Pacific Mexican coast. A pizza order made on one of the fugitives’ phones apparently led to their discovery. Making no attempt to resist arrest, they were later extradited back to Texas. Charged with obstructing justice, Tonya Couch could be sentenced from anything between two and 10 years in jail. Her son, however, could receive a maximum jail sentence of 120 days if tried in an adult court. A court hearing has been scheduled for Jan. 19, 2016.

The case illustrates several forms of discrimination that plagues the judicial and prison systems in the United States. Many see this as further evidence of the persistence of white privilege, which enables white people to enjoy greater leniency, especially when they are young and rich. “The very idea that this kid’s wealth was turned into a convenient liability lies in contradiction to the fact that his wealth has always been a tremendous asset,” noted political analyst Boyce Watkins shortly after the verdict in 2013. “Rich, white kids have ‘Affluenza,’ poor, black kids go to prison.” Statistics show that for a similar crime, a young black or Hispanic man is more likely to be tried as an adult than a young, white man. They are also more likely to be incarcerated rather than being given probation. A year before Couch was issued this lenient verdict, Judge Jean Boyd had been a lot more severe with a young, black 14-year-old boy. In this case, the young boy had punched another young man who subsequently banged his head when he fell. The victim died two days later. The accused is currently serving a 10-year prison sentence.