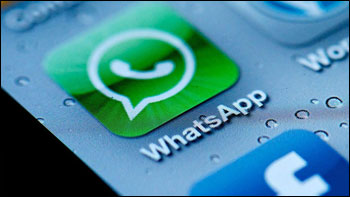 During Digital Life Design, a technology themed conference held in Monaco, Jan Koum, the founder of the super popular multiplatform mobile messaging app, declared that users would no longer have to pay the annual 99-cent fee one year after using the service.

“As we’ve grown, we’ve found that this approach hasn’t worked well. Many WhatsApp users don’t have a debit or credit card number and they worried they’d lose access to their friends and family after their first year,” reads the WhatsApp blog.

As early as June 2012, the app — created in 2009 by the two founders Jan Koum and Brian Acton, both former employees of the IT company Yahoo! — boasted more than 27 billion daily messages that did not interfere with SMS data traffic, which registered a net increase in 2013. On Feb. 19, 2014, Facebook Inc. acquired the app. That day, Mark Zuckerberg, CEO of the super popular social network, declared that his company had acquired WhatsApp for $19 billion, and took it upon himself to guarantee the total absence of advertising.

Today, since the income derived from subscription fees has been eliminated, it would be natural to ask how, if not through ads, WhatsApp can be a profitable instrument. It seems that in order to monetize the service, they need to examine different options. According to what was reported on its blog, in fact, WhatsApp is aiming to collaborate with big businesses. In fact, the use of chat as a business platform through which, to give one example, your bank could communicate a recent fraud, or through which an airline company could update you on possible delays to your flight, would be interesting.

It has been established that the subscription fee was only an obstacle to the app’s growth and that, as the same blog reads, “Advertising isn’t just the disruption of aesthetics, the insults to your intelligence and the interruption of your train of thought.” The authorized personnel must soon find a solution to continue in first place among the ranks of free messaging apps, while keeping in mind the ever more clear expansion of Facebook Messenger, which already boasts 800 million active users.

The bitter fact remains that not even a giant like the messaging app with the highest number of subscribers in the world has been able to win the battle to get clients used to digital micropayments.