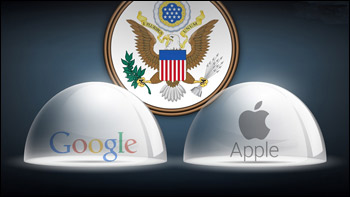 The battle over the iPhone of the San Bernardino assailant that puts a significant part of Silicon Valley and the U.S. Department of Defense in opposition might go all the way to the Supreme Court. Apparently, the topic of discussion seems to be the privacy of citizens across the whole world, but let’s try to consider some of the latest news and to … “think negatively.”

The most interesting thing seems to be coming out of the request to annul the ruling that requires Apple to comply with FBI demands. Among the many objections, Apple laments that the federal government would like for a private company to put itself in its service in order to create, de facto, an operating system for the iPhone, which has already been dubbed “GovtOS.” This would require one or two months of work by a staff of developers with relevant support personnel. In the meantime, according to a Wall Street Journal leak, it seems that besides the device in the San Bernardino case, there are 12 other requests that have reached Apple from the FBI to intervene on as many iPhones. By thinking negatively and through generalization, we can start to multiply the months of work required for the number of devices. It becomes obvious that there would be dozens of qualified technicians paid by Apple working for the government.

Let’s go even further: Circulating around the world, there are millions of Apple iPhones, different from one another in hardware and software offerings, and the possibility that they are involved in crimes of various nature is high. The scenario could be one of millions of intervention requests, maybe supported by injunctions by judicial authorities halfway around the world, with different burdens to shoulder for the Cupertino headquarters. At that point, the costs for the company would be super high. Therefore, could it not be not only a case of privacy, but also money? Is the sudden solidarity of the other new technology giants, from Facebook to Google, really selfless or is the old saying true that “Today it’s happening to him, but maybe tomorrow it will be my turn”?