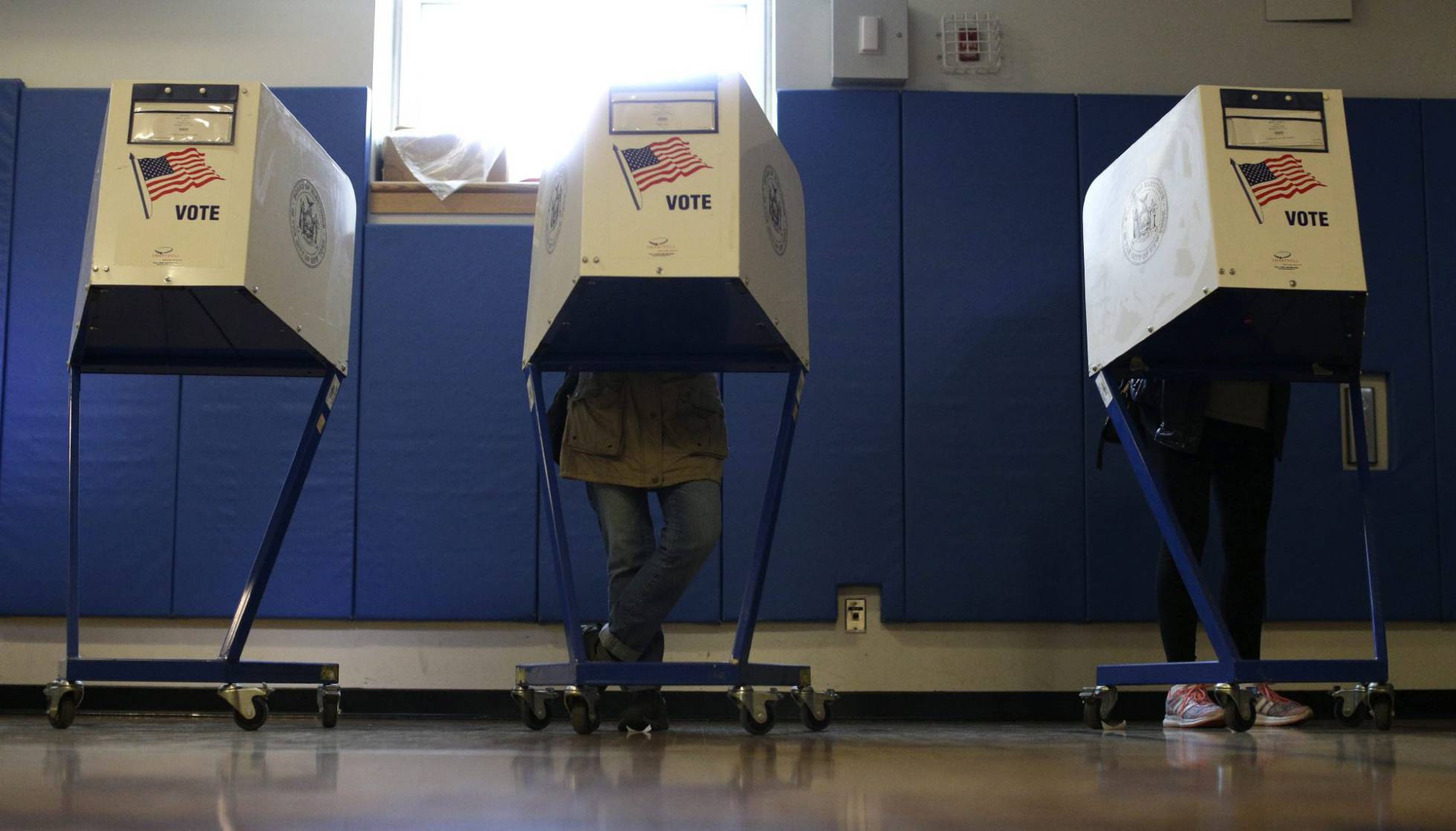 Despite protests by the Occupy movement, Hillary Clinton has emerged as the pragmatic, moderate option in New York.

If there is a city in the U.S. that symbolizes the growing gap between rich and poor, even if the statistics don’t place it last, that city is New York. Last week, the New York City Council happily announced that it had broken a historic jobs record, the council noting that never before had so many been employed at the same time. However, over the course of the last decade, the number of poor people in the city has skyrocketed by 90 percent, reaching levels that according to various nongovernmental organizations have not been seen since before the Great Depression.

The impoverishment of the middle classes has been the big economic talking point of this presidential campaign, and it was in New York that Occupy Wall Street, also known by the slogan “We are the 99%,” was born. Despite this, it isn’t the left-wing Bernie Sanders who is predicted to emerge on top in the state’s upcoming Democratic primaries, but his rival Hillary Clinton, a candidate much more associated with the country’s elite.

Sanders’s openly socialist discourse discomforts many urban middle and upper-class moderate progressives, and many Democrats prefer to vote for a candidate they believe has a better chance of ultimately reaching the White House. Paul Krugman, winner of the Nobel Memorial Prize in Economic Sciences and who has been critical of the country’s growing inequality, has also come out in favor of Clinton. Curiously, in opting for Clinton he finds himself shoulder-to-shoulder with Wall Street, which also prefers her to Sanders, despite her hardening rhetoric against big financial corporations, a move she was forced into by Sanders, who remains right on her heels in the race for the Democratic presidential candidacy.

Alongside California, the state of New York recently became the first state to increase the minimum wage to $15, a change set to be introduced over a period of three to five years, depending on the city. After the multimillionaire Michael Bloomberg, New Yorkers elected Bill de Blasio as mayor in December 2014. De Blasio is a Democrat who worked as an aid worker in Nicaragua during the Sandinista era and repeatedly denounced the gap between rich and poor during his campaign, a move which turned the protest against inequality into the Dickensian “Tale of Two Cities” kind of city that the Big Apple had become. It did not escape anyone’s attention that de Blasio initially made it appear as if he wasn’t going to support the ex-secretary of state before eventually giving her his backing.

“Why are you supporting Bernie Sanders?” Joe Turilli was asked. “Because he is with me, he is with the workers,” said the 42-year-old Turulli in his last act of campaigning for Sanders before the primaries this Tuesday on Long Island.* Turulli is one of the Verizon employees currently on strike over planned layoffs and the outsourcing of services.

Behind Turulli’s back rose the spectacular Manhattan skyline, the mountainous range of skyscrapers where the country’s financial power is concentrated. The Republican Donald Trump, widely predicted to win handsomely in the New York primary, has been able to capitalize on the anger felt by many American workers who have not benefited nearly as much from the economic recovery as big businesses. Trump, however, doesn’t talk of increasing the minimum wage, but rather of introducing protectionist policies, something he shares with Sanders. At the same time, he criticizes the fact that trade is opening to countries that do not play by the same labor or environmental rules.

Between 2001 and 2013, commercial profits in the state of New York rose by 61 percent; over the same period of time, workers’ salaries have grown by half that amount, at a rate slower than inflation, according to the Fiscal Policy Institute. Interestingly, after New York, the two biggest states to hold primaries are Pennsylvania and California, two more states that have decided to go to war with job insecurity.

*Editor’s note: This quote, although accurately translated, could not be independently verified.