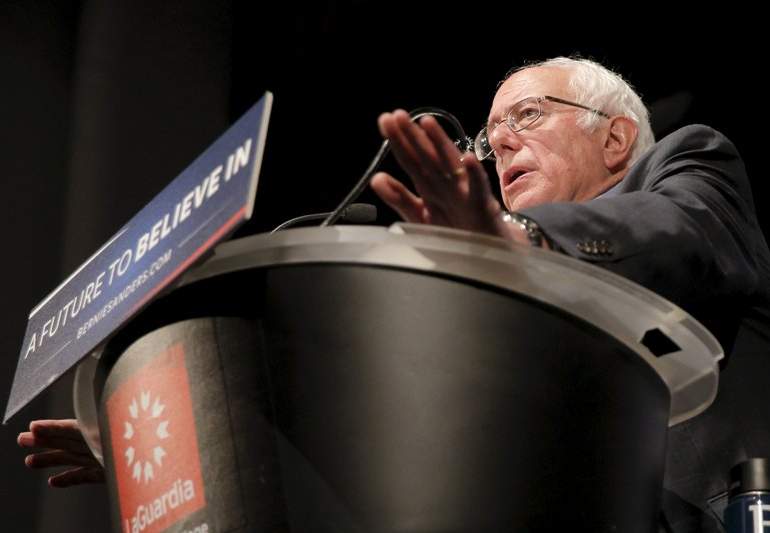 The political situation today that is reflected in the primary elections in the United States must be viewed as a good part of the electorate rejecting the political establishment, which hasn’t offered solutions to the voters’ problems. The weariness with traditional politics is evident, and is reflected in the support that has been received by Donald Trump and Bernie Sanders.

The fact that the two candidates with the most radical messages are popular to such a high degree shows the voters’ fatigue with the traditional political class in the U.S. and with the role of the United States in the world today. Which is to say, their global leadership is not what it has been at other times. Polls show that when you ask citizens whether their country is in decline, between 60 and 70 percent of Americans respond in the affirmative.

Analysts assert that the U.S maintains military supremacy in the world, but they are worried about the increasing Chinese defense budget, while the U.S. is simultaneously reducing its Pentagon budget. In the same way, analysts point out that the United States is reacting positively to the international economic crisis — despite David Ricardo’s model of comparative advantage in international trade that favors China — and that the U.S. continues to be the country with the best technological creativity in the world.* In other words, the U.S. has the capacity to modify the means of production and consumer demand. This ability to innovate is one of the variables that has allowed the United States to emerge from recession even when some analysts have shown that there has been growth without employment.

In this context, Trump and Sanders, two candidates operating outside the apparatus of their parties with radical messages, recognize the discontent that people have with the American political establishment, which lends an exceptional character to these primaries. Thus, we see that in the Republican Party campaign strategists for the presidential candidates other than Trump could not stop Trump’s skillful communication and visceral, outlandish and emotional speeches, which carry a message of xenophobia marked by the anti-immigrant racism born from the tradition of slavery, and which found significant areas of profound racist success that was inflicted on Jeb Bush, Marco Rubio, Ted Cruz, the only female Republican candidate Carly Fiorina, Ohio Gov. John Kasich, Scott Walker, and others.

While this is happening in the Republican Party, in the Democratic Party Hillary Clinton maintains a lead against Bernie Sanders, but despite this advantage Sanders has been a surprising competitor, and some polls show Sanders to be a stronger competitor against Trump than Clinton. It would be interesting to evaluate Clinton’s advantage without the presence of superdelegates, figures who arose at the beginning of the 1980s when the Democratic Party decided to review its rules and revise the primary process as a result of a long dispute involving then President Carter and the senator from Massachusetts, Ted Kennedy.

Sanders is known for holding a critical position as senator, beginning with his election in 2006 and continuing with his re-election in 2012, in which he received 75 percent of the vote. Sanders opposed the intervention in Iraq during the Bush administration, tax breaks to multimillionaires and huge corporations, as well as federal assistance in connection with the bankruptcy of financial institutions.

Sanders has dared to question the policy of the U.S. with respect to Israel, as well as raising the issue in a debate in New York with Clinton, where he said with regard to Israel’s attack on Gaza, “Now, if you’re asking not just me, but countries all over the world, was that a disproportionate attack, the answer is that I believe it was.” He also said in that same debate on April 16, 2016, “There will never be peace in that region unless the United States plays a role, an even-handed role trying to bring people together and recognizing the serious problems that exist among the Palestinian people… If we are ever going to bring peace to that region which has seen so much hatred and so much war, we are going to have to treat the Palestinian people with respect and dignity… There comes a time… when if we pursue justice and peace, we are going to have to say that Netanyahu is not right all of the time.”

As previously noted, Sanders is an unusual candidate in American politics. The problem lies in the fact that the current political discussion lends itself to a moment in which the United States is experiencing critical tensions. For example, like significant unemployment that reached 5.5 percent in May 2015, in spite of internal growth of the economy, and with the debt being the largest in the world at $60 trillion. According to data from the Federal Reserve, in December 2015 the United States accumulated $59.4 trillion in debt, including $17 trillion in public debt, and with this figure the United States contributed more than a quarter of the global debt load estimated at $240 trillion. The United States is one of the developed countries in the world with the worst economic inequality. In April 2013, wealth rose for the richest and fell for the rest of the population. In 2011, the difference in income between whites and blacks was $2,700; in 2012, 46.5 million people lived in poverty (according to the BBC, Jan. 28, 2014), in spite of the economic recovery that started in 2012, and in spite of maintaining an oversized military and dealing with deteriorating infrastructure. All of this transpired to make it harder for the United States to control the political and economic dynamics of the world.

In this troubling scene that in my opinion should be evaluated, the support that has been given to the Trump and Sanders candidacies, whether they succeed or not, reveals the worrisome political situation that the United States is experiencing in response to very complex global geopolitics and geostrategy.

*Editor’s note: David Ricardo (1772-1823) was an English political economist whose theory of comparative advantage provided that there is mutual national benefit from trade even if one country is more competitive in every area than its counterpart, and that a nation should concentrate resources only on industries where it has a comparative advantage.