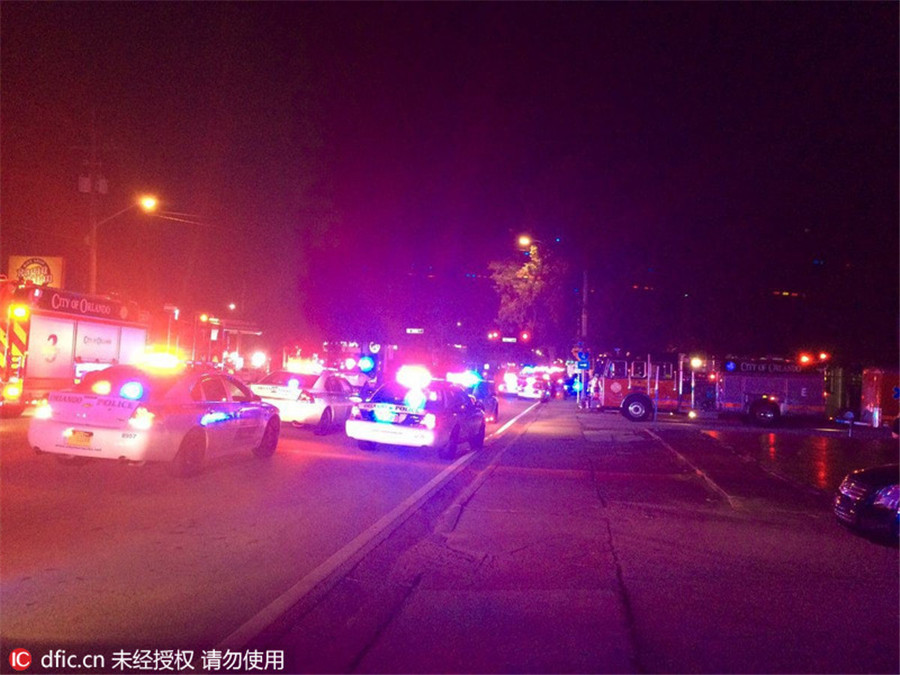 On June 12, two surprise attacks occurred at nearly the same time on opposite sides of the Pacific. That afternoon at around 2:26 p.m., a man threw a homemade explosive he had made from a beer bottle at a check-in desk at Shanghai’s Pudong Airport, Terminal 2. This led to light injuries among four customers, sustained from shards of glass let loose by the explosion. The troublemaker then took out a dagger from his backpack and used it to cut his own neck. Afterwards, he was sent to the hospital for emergency care.

On the other side of the Pacific, in the city of Orlando, Florida, at around 2 a.m., June 12, a serious gun attack occurred at a local gay bar. It has led to at least 50 deaths, and there are another 50 people who have been injured. Local police consider this incident to be an act of “domestic terrorism,” with media describing the assailant as an American of Afghani heritage.

The injury and loss caused by these incidents cannot be compared, and the nature of these incidents are noticeably different. However, they both have evoked keen public interest in their respective countries. How to implement rules in modern society that help bring about people’s safety is a global problem.

In this aspect, the difficulties for the United States are clearly more acute. America is the world’s largest society of lawful gun-owners, but is also home to the most appalling massacres in an era of global peace. According to media reports, in 2015, across the entire United States, there were over 350 incidents in which 4 or more people had died in a single gun attack, and over 50,000 incidents of gun violence have occurred. The U.S. government has done nothing about these gun attacks. It can be said that the way they have been dealt with is weak and feckless. The public is divided over whether or not to ban guns or to severely restrict them. Thus, after every gun attack, the general theme of public opinion is sad, as well as releasing some discontent. It appears that American society has developed a kind of “tolerance” for gun violence.

China is quite the opposite: each and every case of malicious retaliation upon society leads to our collective attention. In addition to strengthening our defense, public opinion will always look deeply into the deepest layers of why an event has occurred, crying out to get rid of this source of societal misery.

Chinese society’s attitude to these incidents of assault on society is even more serious and earnest, and can even be said to be more desirable. Chinese society is vast and complicated, its foundational contradictions are not only numerous, they might also contain all sorts of oddities. In order to protect societal stability, China cannot rely on exerting force at the end, but must place the great measure of its hard work on moving forward. Then it is quite possible that the fierce outbreak of these contradictions might be dealt with in advance.

However, we sadly cannot count on this work reaching 100 percent effectiveness. This vision of getting China to completely extricate itself from the tangles of these incidents of revenge upon society is, for the moment, difficult to bring about. From the U.S. to Europe, the many kinds of attacks that have occurred there tell us that modern society has yet to come up with a panacea for these security challenges. We must steadfastly strive forward in our goal to stamp out these malicious incidents of revenge upon society.

The entire world has already invested in unprecedented increases in our security standards. In China, we can all discover that the security checks at the airport have gotten more and more serious. In our train stations and subway stops, the places that used to have no security check now all have stations in place of this purpose. In some countries, they even have security checks prior to going shopping, seeing movies, or even checking into a hotel. A minority of terrorists and those seeking revenge upon society have consumed a great degree of the civilized world’s manpower and wealth.

Many different kinds of attackers have the objective of causing panic. When they create even more commotion in the aftermath, these attackers are even more self-satisfied. Thus, when we assail and condemn different kinds of attackers, that society in general ignores them and does not fear them is greatly important. You must see that these malicious attacks of revenge against society are after all incredibly infrequent. We cannot allow these people to shake up the normal order and flow of our lives.

Any kind of reason that supports carrying out attacks on civilians in public places will not stand, and at the same time we cannot allow society’s reflection on the deeper reasons for this misery to be muddled together with this. Chinese public opinion must preserve this baseline at all times.